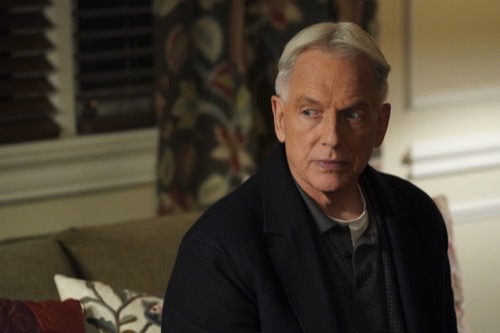 Tonight on CBS NCIS returns with an all-new Tuesday, January 26, 2021, season 18 episode 6 called, “1mm” and we have your weekly NCIS recap below. On tonight’s NCIS season 18 episode 6, “1mm,” as per the CBS synopsis, “Following a tip about smuggled weapons, Bishop and Torres engage in a shootout in a former sheriff’s residence that’s now a historical site, only to find themselves locked in abandoned jail cells there.”

On tonight’s episode of NCIS McGee was still recovering. He was shot a while back because Gibbs had been trying to stop him from going to a plane that had a bomb on it and so McGee still needed time to heal. He was out of the office. His paperwork and the other things he generally does was left to Bishop and Torres. The two agents were on the road heading to a crime scene when they got lost on the way.

They had needed directions and they thought a nearby home would be the best place to get answers. They went to the house. They knocked and pressed the doorbell. They weren’t getting anyone, so they let themselves in. They called out to see if anyone was inside and they got a reaction. They found suddenly themselves being shot at by whoever was in the house.

Bishop and Torres returned fire. They tried to fight their way out of this and they failed. They were captured. Both agents were imprisoned at the house and the house was an old sheriff’s office. It had its own jail cells. Bishop and Torres spent time in those cells. They were never able to call for help or even alert their boss that something was happening.

The first sign of there being something wrong for Gibbs had been when he went to gather his team, but no one responded. He didn’t have Bishop, Torres, or McGee. He just had the preliminaries on the case. The team was investigating the brothers, Craig and Jesse Duncan. The Duncan brother created cocktails bricks that were more dangerous than C4 and one of those bricks were used in the bomb Merryweather set up.

Gibbs got the gist of the case from Vance. He was told about the brothers and how they became of interest to the NCIS. What he didn’t know is that the brothers had taken two of his agents hostage. Bishop and Torres later realized that the Duncan brothers were responsible for their capture when they found their explosives in one of the cells and that was also the moment they realized that they weren’t just abandoned.

The brother had to come back. They had to come back for the explosives and that mean could either good or bad things for the agents. They could be killed or their captors could come back to give them water and/or food. The last one was pretty unlikely just based on the brothers’ reputation and so both Bishop and Torres thought the brothers were going to kill them when they come back.

The two also got to talking. Bishop challenged Torres on his new hover-like behavior with her and he told her that he was just trying to help. Torres was coming from a good place. He stopped drinking her coffee because he thought it would be too hot and burn her tongue. He also demanded that he be the one to drive. He didn’t want her to tax herself.

He didn’t even want her to stress about the directions and he tried to find his own way to their location. Torres has been doing everything he can to help. Only it was too much. Bishop told him that she didn’t need his help because she could help herself and she hadn’t wanted to tell him who she was talking to on the phone because she hadn’t wanted to say it was Sloane.

Bishop made an appointment to see Sloane. She needed to talk to someone about being abducted and almost dying. Bishop understands that Torres is worried about her, but she was going to need to back up some and the only help she wanted from him was ideas on how to escape. Bishop and Torres were trapped in the old sheriff’s cells. They were there while Gibbs was back at the office and eventually, Gibbs realized something was wrong. He got a call about Bishop and Torres’s car. The car had been abandoned on the road and right away Gibbs knew something happened. He demanded the car be turned over to NCIS. He had it tested and there was no blood inside the car. The car was clean.

This alone told Gibbs hadn’t been killed or transported. He then asked Kasie for her help and she told him when Bishop and Torres’s cell phones were before they lost reception. Gibbs needed additional help with this case. He was down all of his agents and so it was a great time for McGee to come back. McGee heard what happened with Bishop and Torres. He wanted to help and he was willing to cut his recovery time at home.

This made things awkward for Gibbs. Gibbs felt guilty for shooting McGee and so he didn’t really want McGee around. He just wanted to focus on the case. He chose to turn to other people to help him do that and Kasie later tracked down a tipster for him. Bishop and Torres were following up on the tipster’s lead when they disappeared.

Gibbs went to the tipster’s location, but the tipster claimed to have nothing to do with the Duncan brothers and that was a lie. Gibbs saw a photo of the tipster with Jesse Duncan. The tipster tried fleeing by climbing out of a window and so Gibbs brought him back to an interrogation room.

Michael Hodge said he did call in the tip. He wanted to shut down the Duncan brothers’ operation because he feels he’s gotten in over his head and he wanted to do it anonymously because he didn’t want to risk the brothers finding out about the part he played. Michael told Gibbs everything. He even mentioned where he sent Bishop and Torres. Gibbs got the location of his friends and he went running to them.

They meanwhile needed all the help they could get. Bishop opened the gates of her cell and she triggered a pressure plate. She had to stand on it for hours until the brothers returned. The brothers didn’t want to lose their haul and they also didn’t want to risk the agents getting away. They instead had freed Torres from his cell because they wanted him to bring up their cocktails bricks.

He did just that and Jesse Duncan ran off once he was done. The Duncan kid had made it back to his car when Gibbs appeared. Gibbs arrested Duncan and he called the bomb squad for Bishop. Gibbs saved the day, but he was only able to do so because McGee got on the phone with him and he helped with navigation. And so McGee saved the day as well.

McGee and Gibbs later talked about what happened and McGee told Gibbs he didn’t blame him for shooting because now he’ll just have to live harder. Which is something Torres told him.

There was also a moment between Bishop and Torres during their captivity and that might turn into something else fairly soon.