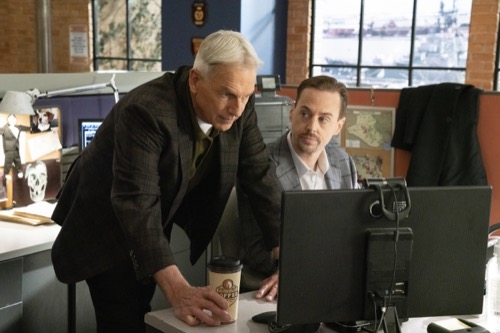 Tonight on CBS NCIS returns with an all-new Tuesday, February 9, 2021, season 18 episode 7 called, “The First Day” and we have your weekly NCIS recap below. On tonight’s NCIS season 18 episode 7, “The First Day,” as per the CBS synopsis, “NCIS investigates the murder of a Navy officer who was killed while driving home a recently released inmate; Gibbs helps Palmer deal with a personal trauma.”

In tonight’s episode Palmer isn’t himself. He’s a single parent now. He’s working to close as well as being there for his child and it was proving to be too much for him. He had needed help. He invited his mom to move in. She helps out with free childcare and she also does some cooking so that Palmer doesn’t have to worry about it. This should have freed up Palmer.

However, he was still troubled and he occasionally had some pain in his left arm. Palmer didn’t want to talk about it with his friends at work and so he was taking phone calls at the crime scene. Palmer barely paid attention to the body this time. The body was that of Petty Officer Second Class David Avila and he was found dead in his car with the passenger door open.

It was clear he had a guest. Kasie ran fingerprints from the crime scene and she was able to determine that the passenger was Luis Carter. Carter was recently released after serving twenty-one years for theft. It had been his third strike and so he went away for a long time just because he couldn’t do without some socks. That’s all he stole. He stole socks and it was enough to put away for most of his life.

Carter is out now. He was released and Avila was his ride. Avila volunteered to do this. He would pick up former prisoners and take them to their halfway houses or whatever location they were heading to. He even had a book that he called his reentry book. It was detailed list of where he could take this ex-cons and oddly the book was missing from the crime scene.

Carter took it. He wasn’t injured in the shootout that killed Avila because his blood wasn’t found at the crime scene and so either he was really lucky or he had to help set Avila up. Carter also took the reentry book. He would only have done so if he needed a place to go and so the team worked through Avila’s contacts.

They eventually found Carter hiding out at one of the locations. Carter told them that he wasn’t going back to prison and he tried to brandish a weapon. Only Torres and Bishop had guns. Guns will always defeat a mere piece of metal and so they forced Carter to drop his weapon. They then brought him to the station for questioning where he was asked about Avila. He asked if he set Avila up and Carter swears he didn’t.

Carter called Avila his “saint”. Avila was the only person who ever showed up for him and he was beating himself up because he thinks Avila was killed by accident. Carter explained to Gibbs that the motorcycle that pulled up next to them had shouted “Lincoln Street Saints, Princesa”.

Carter used to run with a gang called Lincoln Street Saints and he thinks they were there to kill him because they believe that he rolled on someone to get an early release. He even thought being called a princess was a final insult to him because there must have been a KOS. KOS stands for Kill On Sight. Carter told Gibbs that this gang was going to keep coming until he was dead and so Gibbs signed off on protection for Carter.

Carter went to go stay with Torres. Torres was just saying how glad he is that he doesn’t have kids because he thinks taking care of one person is enough and so now he has protection duty. Carter was going to be staying with him at his one bedroom apartment. Torres also had to explain several of the high-functioning fixtures to Carter whose been away since the end of last century.

The two of them were having fun with playing around with Alexa when the team called and Torres was informed that Carter lied about something. He lied about his lawyer. He said he was calling his lawyer everyday for the past year. They spoke to the law firm and no one there was representing Carter. And so why was he calling?

Torres tried to ask Cater about it. Carter refused to say and so Torres lost his temper. He threatened to bring Carter to the Lincoln Street Saints. He drove by the LSS territory and he forced Carter to explain himself. He either was straight with Torres or his protection detail is over. Carter was feeling the pressure and so he admitted that he was calling the law firm because his daughter works the night shift there.

His daughter just had a baby of her own. Carter didn’t want to bring his mess around her and that’s why he didn’t want them dragging his daughter into the situation. Other than that, he’s been truthful. The team verified that his daughter does work at the law firm and that she didn’t know about the current trouble with the gang.

The team wanted to find out more information. They spoke to someone they knew that was inside the gang and they asked them about Carter. She told Carter wouldn’t interest anyone. He was an old man and the gang had moved on. The gang was currently dealing in the ghost gun.

The ghost gun is a gun that’s shipped in parts to the buyer and that the buyer has to assemble on their own. It’s why Kasie couldn’t match a gun used on Avila to anything in the database. Kasie also explained that these ghost guns could be built anywhere on a small work table. They weren’t even that hard to assemble and so the gang needed to be stopped before they could bring more ghost guns into the country. And Palmer also found out.

Palmer found out that Avila used to have tattoos. He had a Lincoln Street Saints tattoo as in he used to belong to their gang and he left when he decided to join the navy. So, the gang was never after Carter. They were always after Avila and the informant said the gang didn’t care about former members.

They only cared about taking out the competition. Avila could still be in business dealing with ghost guns and his volunteer work brought him into close contact with people just out of prison. Only that wasn’t the case either. Avila’s last words to Carter was to go to the barbershop and that’s what Carter did until he was found. The weapon he had picked up was for a gun barrel. He told Torres about it and they went back to the barbershop.

They arrested a man named Marcus who was running an illegal gun shop. Avila had found out about it through his volunteer work and Marcus told him to keep quiet or else. Or else is what happened. Marcus was the motorcyclist and he shouted the gang name at the car because he wanted them to think the gang was involved, but if anything, the gang was the only people that weren’t connected to this case.

Later, Gibbs spoke to Palmer. Palmer lost his wife and being a new widow was just too much for him. Gibbs was perhaps the only person in the whole building who understood what Palmer was going through because of his own experience although he at least got to have a funeral for his wife and daughter. Palmer couldn’t have a funeral for his wife because of the pandemic. He was so distraught about that, Gibbs later called everyone in and they had an impromptu funeral for Breena. And Palmer finally got to read out loud the letter he wrote to her.

And afterwards Torres gave Carter a ride to his daughter’s place.