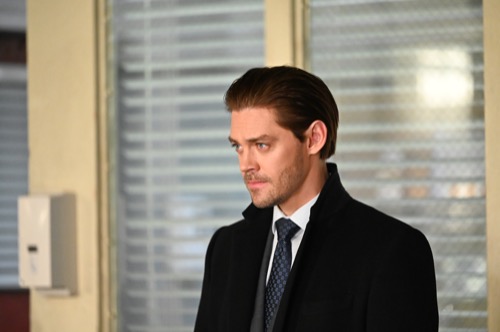 Tonight on FOX their new crime franchise Prodigal Son airs with an all-new Tuesday, May 4, 2021, episode and we have your Prodigal Son recap below.  On tonight’s Prodigal Son season 2 episode 11 called, “You Can Run,” as per the FOX synopsis, “After a terrifying incident at Claremont, Malcolm is in a race against time to track down multiple killers; the NYPD realizes someone close to home might be the key to finding them.”

In tonight’s episode of Prodigal Son, the US Marshals were taking over the prison break. Marshal Emily Ruiz was the lead on the case and she was allowing Major Crimes the chance to be a part of it. She felt Malcolm has insider knowledge. He was the son of one of the fugitives and he’s studied his father’s cases.

His father was the noted serial killer Martin Whitly otherwise known as the Surgeon. With him on the loose, Malcolm and his family have to worry about him as well as the crazies. The Surgeon has fans and haters. Those people will be coming out in full force to stalk his family and so Gil posted a protection detail on the townhouse. The family has to be careful during this time. Malcolm expected his sister to milk the prison break and instead, she was more worried about their mother.

Ainsley wasn’t even at her news station. She came by the psychiatric hospital to check on their mom and she never asked Malcolm once about their dad. She wasn’t fishing for information or asking for a scoop. She truly took off her journalist hat. Ainsley was worried about their father breaking out and Malcolm was too. Malcolm had been sent a message from his father. His dad claims that he’s no longer a killer and, that no matter what Malcolm

may hear, he’s turned over a new leaf. Malcolm didn’t believe the message for a moment. He believes that his father wants to believe he’s changed. He also knows that Martin will eventually go back to his old ways and that was proven when his father broke into his apartment.

Martin used to live in the apartment with Jessica before they had kids. Jessica also stores Martin’s items in the rooms upstairs and so Martin collected his things. He also stole Malcolm’s weapons. He stole several expensive pieces. He’s now fully armed and he’s with other killers.

Malcolm escaped with Hector Cueto and Peter Davis is otherwise known as Friar Pete. They escaped Claremont together. They stole an ambulance truck and killed the two men inside. Malcolm believes it was Hector and Pete who did the killings. He profiled the killer based on the wounds and it sounded more like them than it did his father. His father is methodical. The killings were frenzied and that was a good sign.

It meant the other two men were sloppy. They can be found easier than Martin and he was at risk as long as he was with them. Malcolm and the Marshalls think there’s a window of twenty hours or so in which all three men will be together. After that, they’ll go their separate ways and they’ll be harder to find.

There was an incident with one of the other Marshalls who questioned Malcolm about his father. It was near on confrontational and Malcolm had to remind them about staying objective. Only that was a funny thing coming from him. Malcolm lost his own objectiveness when he found Friar Peter and tried to question him about where his father was heading. And Pete refused to say because he was intent on shooting Malcolm.

Ruiz shot Pete before he could shoot Malcolm. Malcolm then got upset with her because he said he lost his best shot at finding his father and Ruiz had to ask Dani to take him away before she snapped. Dani later talked to Malcolm. She told him he was in the wrong for going after Ruiz like that and she also reminded him that Martin isn’t worth him risking his life. Malcolm agreed with her.

He did later apologize to Ruiz and so Ruiz told him of the phone they found. They believed the phone belonged to Martin. They called the last number on the phone and on the end Ainsley answered. She said “Dad”. Not like she was surprised or worried a serial killer was contacting her. She said it like she was ready to talk to Martin and that was troubling.

Ainsley was brought in for questioning. Gil was sent to question her as a courtesy and he asked her about the call. Ainsley claims she’s been talking to her father for a while. He called her at his old office that she’s been using and they just got to talking. Ainsley has been craving a father. She loved the attention she got from Martin and she said in spite of that she didn’t help him. She didn’t help a known criminal.

Gil suspected she was hiding something and so he stepped away for a break knowing full well that Malcolm would step in. Malcolm did as expected. He questioned his sister and she confessed she visited their father. He told her how to fake being normal. He also claimed she was just like him because she was a killer like him and so Martin “tested” her.

Martin has been looking for the child he always wanted. He tested Malcolm once and Malcolm failed. He tested Ainsley. She passed and so Martin gave her a clue about his prison break. Ainsley hadn’t known it was a clue when she heard it. She repeated it to Malcolm and he was the one who realized it was a clue.

The clue led to a family-owned apple orchard. The owner of the orchard recently died and her son Bobby has taken over. Bobby has no connection to Martin. His dear departed mother on the other hand had accepted four hundred thousand dollars from Martin and some of that money was hush money. Martin had paid her from his secret bank account. He paid for one of her planes because agriculture planes can be flown without air approval and so he could use that to escape to Canada or something.

The plane had money on board. It was hidden in a secret compartment and there were also fake passports included with it. Bobby claims to have no knowledge about it, but Malcolm realized his family was being held hostage and he had to step back as the Marshals moved in. The Marshals rescued the family. They also determined that Martin had never been with Pete or Hector. They split up back at Claremont and Hector doesn’t know where he is now.

And it turns out Dr. Capshaw has been hiding Martin this whole time.