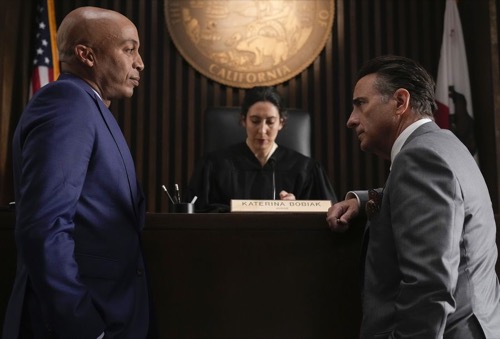 Tonight on ABC their new drama inspired by the life of Erin Brockovich, Rebel returns with an all-new Thursday, June 10, 2021, season 1 episode 9 called, “36 Hours” and we have your Rebel recap below. In tonight’s Rebel season 1 episode 9 as per the ABC synopsis, “Rebel, Cruz, Lana, and Ziggy round up an army of support to bring the Stonemore Medical case to a close.”

Tonight’s Rebel begins now – Refresh Page often to get the most current updates!

In tonight’s Rebel episode, the episode begins with Stonemore Medical Corporation goes to trial defending their groundbreaking mechanical heart valve, consumer advocate Annie Rebel Bello, who is the face of the case against them, is facing charges of drunk disorderly conduct amidst rumors of a troubled marriage and erratic behavior.

Marc Duncan, CEO of Stonemore Corporation does a press conference and says he is grateful that the world is now seeing who she (Annie “Revel” Bello) is. She is a drifter, no education, no expertise, and a con artist, he is looking forward to his day in court.

Rebel is at home, Grady wants to go for a walk, she tells him, no, they can’t afford to feed this story in any way and there are reporters everywhere.

The reports ambush Rebel’s daughter, Ziggy, they ask her if she is in rehab and if she is abusive. Her response, her mother is not the problem, her father is a liar and a cheater who never wanted her; she tells them to report on that. Cruz sees the video of Ziggy and just frowns.

In the house, Ziggy has arrived and everyone is yelling and telling each other to calm down. Amir is in the kitchen and remaining surprisingly calm, or not.

Cassidy is looking for her shoes when she finds out what Ziggy did, she starts talking with Nate and he says he could love Misha, he asks her if he should tell her, she says no. He says she got trust issues, he has intimacy issues. She says slow and steady wins the race. He tells her he hates her shoes but hopes she wins.

Rebel calls Cruz, she asks to speak to them, she wishes everyone a good look and tells them they are going to save thousands of lives. She apologizes for the mugshot, Jason tells her that she looks like a drowned rat. She tells them what matters now is the case, she reminds Helen of all she has done. Rebel tells Cruz that he has this, he has the chemist. Just then, Benji walks in and says that Rebel’s mug shot was the star on top of the tree.

Time to rise for the judge in court, she says she is surprised to be there, she thought there would be a settlement. Rebel tells Ziggy that she should go to court, she says no, she is embarrassed by her mug shot and she won’t go. Ziggy says there is no way Cruz is going to win and she can’t stand to see him lose because her father didn’t want her. She tells him that Cruz is going to win, they have the chemist and he has admitted to everyone. Also, she needs someone there to text her updates because she is going to go crazy.

Rebel calls Nate, she asks him to go to court to text her updates.

Cruz gives his opening statement, He says that Stonemore did not take the time to test their heart valves on human beings and that greatly injured people. They poisoned people and they refused to stop. Benji is next, he says just because two things are true, doesn’t mean they are connected. Meaning, just because everyone with the Stonemore heart valve is sick, doesn’t mean it is because of the heart valve.

Nate is at court, he sees Misha and asks her if she minds if he goes in, his mother asked him to live text.

Helen goes on the stand, Cruz does well but of course, Benji tries to discredit her. Nate calls Rebel and tells her that in the first inning, the other team is up. Rebel screams into her pillow.

Rebel is upset, she tells Randall that she needs to do something. Carson is freaking out, Lana tells Rebel he can’t get on the stand like this, Rebel says he needs a sedative. In court, Misha says that all things considered, someone working for Stonemore, possibly one of their lawyers, stole the damning valve. She says that in certain patients, the valve is causing death. Cassidy gets up and asks Misha if she is in the habit of lying and deceiving, she says no. She then asks her if she spent two years in an adulteress relationship with a married colleague. The judge finds the line of questioning repugnant and tells off Benji for allowing Cassidy to get up and ask it.

Carson is still freaking out, Randall tries to give him a pill to calm down, he won’t take it until Rebel gives it to him. Rebel gets a call, Ziggy is in the ER, she OD’d. Rebel calls Nate and tells him about Ziggy, he runs and tells her he is coming. Grady is driving Rebel to the hospital, she tells Lana that Ziggy has to be ok.

In the hospital, they don’t have a Ziggy Bello, but all of a sudden, they hear Ziggy’s cell phone, her phone, and Sean’s phone was thrown into a hamper. They leave the hospital and look around to find them. Back at the house, Carson is gone, Randall is alive but he has been drugged. Rebel thinks that Stonemore has something to do with this. She goes to the press and pleads for her daughter to return.

In court, Ms. Peterson is on the stand and she is having trouble composing herself. Nate comes in, he sees Ziggy sitting in the pew and just about loses it. The judge orders a recess to get Ms. Peterson a glass of water and to compose herself. Nate calls Rebel, he tells her that Ziggy is at court. She tells him that Randall is on the way to the hospital.

Nate sees Cassidy and tells her off for what she did to Misha in court, he tells her that she is the worst part of her dad and his mom put together. In the judge’s quarters, Cruz tells her that his star witness is missing and he is sure that Benji has something to do with it. She gives a continuance for 36 hours but she tells Cruz that she will need proof of witness tampering before she can call a mistrial.

Ziggy is with Nate, Grady is at the door, Nate tells her to let him hug her this one time. He comes in and he hugs her, says she scared the hell out of them. Ziggy asks him where Sean is.

We see Sean in an underground garage, he is the one that stole Ziggy’s phone and he got twenty thousand dollars for it.

Randall is awake, he doesn’t know anything but says Carson left him the strangest message. It basically says he is ok, he is sorry, he never wanted to leave him. In the background there is a woman’s voice, she says that they have to go. He mentions a cat, but they don’t have a cat, they are both allergic to cats.