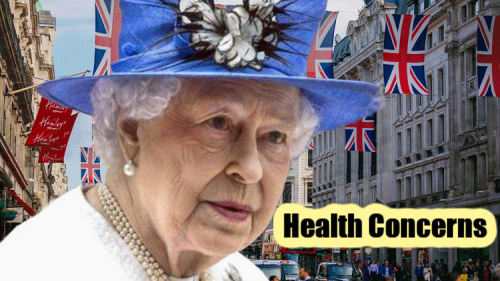 British royal family news shows that Queen Elizabeth’s absence from the nation’s Remembrance Sunday event is concerning given the vow Buckingham Palace made prior that Her Majesty would not think of missing it. The ceremony was to have been her first public appearance since an overnight hospital stay in October.

The event would also be the first time the queen attended without her husband, Prince Philip, who died in April at age 99. The queen and Philip were veterans of World War II and were married for 73 years. They met in 1939, when Elizabeth was 13 years old and Philip was an 18-year-old naval cadet. They married in 1947 and Saturday, Nov. 20, would have been the couple’s 74th wedding anniversary.

How is Queen Elizabeth Doing?

The queen’s attendance seemed a sure thing right up until the last moment. Buckingham Palace issued a statement Sunday morning stating the 95-year-old monarch would miss the event due to a sprained back. The annual ceremony is held at London’s Cenotaph memorial and honors vets who sacrificed their lives for their country.

The statement read in part, “The Queen, having sprained her back, has decided this morning with great regret that she will not be able to attend today’s Remembrance Sunday service at the Cenotaph. Her Majesty is disappointed that she will miss the service.”

The Queen Has a Sprained Back

This year the event occurred on the 73rd birthday of Prince Charles, who laid a wreath in honor of deceased service members on behalf of his mother. The service is one of the most significant on the queen’s calendar and was to have been her first public appearance after missing two key public events on doctor’s orders.

On Thursday Prince Charles told a citizen who inquired of his mother’s condition, that is she, “all right.” But after missing Remembrance Sunday the nation has got to be wondering, is she really all right? The monarch is 95 and next year due to celebrate her Platinum Jubilee marking 70 years on the throne.

The Queen Will Celebrate a Platinum Jubilee Next Year

This year Philip was to have turned 100 in June and the country was eager to celebrate the event with parades, events, festivities and the like, honoring the man who stood beside the queen, as she described him, her, “rock.” Sadly that was not meant to be and the queen’s current medical situation brings to mind the circumstances of Philip’s passing as royal fans must now wait and watch as the queen continues to serve the nation she loves.