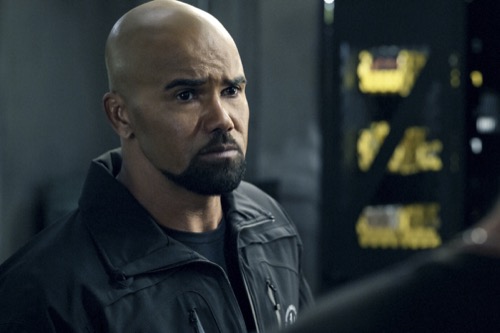 Tonight on CBS their new show S.W.A.T. inspired by the television series and feature film airs with an all-new Wednesday, February 17, 2021, episode, and we have your S.W.A.T. recap below. On tonight’s S.W.A.T. season 4 episode 9 called “Next Of Kin,” as per the CBS synopsis, “A tragic mission leads each member of the SWAT team to contend with their emotional distress in varied ways.”

Chris calls Luca to tell him Erika is dead. The raid went bad. It was an officer-involved shooting. They need to talk to FID. Now they are all separated. She needs Luca to stay on the phone with her.

The Commander heads to tell Erika’s sister. Her sister knows when she sees them. She cries hysterically.

Later, SWAT is now being criticized by the city and more. FID hasn’t come back yet with the investigation. They are all on desk duty. Hondo is retracing the raid. The commander tells Chris she needs to undergo a psych eval. until she can be cleared. She heads to talk to the psychiatrist. She wants to be cleared. They worry that she lived with Erika. Chris admits she hasn’t been staying home. The psychiatrist tells her she needs to process. Chris admits she needs to sleep. Meanwhile, Tan is training the student harder than usual.

Hondo and Deacon head to the scene of the raid and walk the area. Deacon worries about Hondo second-guessing himself. He points out how Hondo took out the guy who killed Erika. This still doesn’t feel Hondo better. Hondo thinks he has a lead, the area looks like someone from the military trained there.

At headquarters, they look into possible suspects. They need to attend the funeral of the man who killed Erika. They learn it will be live-streamed. They tune in and ID a man who is a former Marine. They plan to look into his background.

Deacon visits an ex of the Marine. She tells him how he joined a group and since then gone down a bad path.

Chris calls Luca on FaceTime to talk. He tells her to keep her head up. Back at headquarters, they gain access to Landon’s computer. They learn of two possible white nationalists cells out there. Hondo is on desk duty but Deac is allowed to go. He tracks down their suspect. Hondo stays online with them. He tries to run. They take him down.

At headquarters, they ask him about the white nationalist group. He isn’t giving them much. Hondo and the team learn they have been cleared for duty. Chris hasn’t yet. The commander doesn’t like some of the grey areas in the FID’s report though.

Chris arrives home. She has boxes with her. Meanwhile, the commander heads to his superior. The mayor wants someone of the team to show accountability being taken. The commander isn’t giving anyone on the team-up. He will resign. Hondo arrives and gets into the argument. He threatens to expose all of the department’s problems.

Chris looks through old pictures while she cries. Jim arrives to check on her. He has been feeling terrible. He has guilt. He is glad it wasn’t her. He cannot be with his girlfriend. They are supposed to be together. She tells him to leave.

Deacon and his wife finally talk after a tough time. He tells her he cannot retire. They are his family and they need him right now. Meanwhile, Honda visits Nichelle.

He is torn about his job. He unloads on her. He isn’t sure about being a leader. He tells her he threatened to resign. He is scared and unsure. She thinks he is a leader. He is feeling better already.