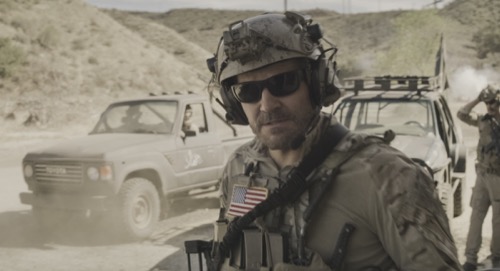 Tonight on CBS their new military drama Seal Team airs with an all-new Wednesday, May 12, 2021, episode and we have your Seal Team recap below. On tonight’s Seal Team season 4 episode 13, called “Hollow at the Core,” as per the CBS synopsis, “The team is tasked with a covert mission to infiltrate a Boko Haram camp, hack its data network and rescue an American hostage.”

In tonight’s episode of Seal Team, BRAVO Team were out at sea. The whole team was a naval ship and boredom was setting in. They’ve taken to messing around. Some were drinking and others were running away from their problems. Yet, Jason believes he solved the issues on his team. He spoke with the members of his team and he reminded them all that they had to focus on the mission. Their mission was a failure.

The team couldn’t face another failure back to back and so they had to be clear-headed. Sonny’s drinking got in the way of that. He’s taken to drinking by himself and Clay found out about it. Clay and Sonny were great friends. Clay didn’t want to see his friend fall apart during deployment and so he agreed to be Sonny’s swim buddy. The two would eat together. They would work out together. They would also both contact home at the same time with Clay checking in with Stella and Sonny checking in with Hannah.

Sonny was about to become a father. He needed to remember his priorities and Clay thought he was helping by putting him in charge of Sonny. It wasn’t until later he realized that Sonny was bent on self-sabotage. Sonny continued drinking and he returned to his quarters so drunk that he fell. He fell and hit his head. He was left with a bleeding wound and there was no way to hide he was drunk.

They had to get medical treatment for him. Clay also wasn’t the only one who saw him that way and so now it’s an open secret that Sonny is taking to drinking alone. The team did their best to hide it from Jason. Jason was still the boss. He would have reprimanded Sonny and no one wanted that. They instead made Sonny wear a hat. The hate covering up the wound and Sonny also chose to stay behind during the mission.

Bravo is tasked with a covert mission to infiltrate a Boko Haram camp, hack its data network and rescue an American hostage. Sonny agreed to stay behind. He knew he wasn’t fit for the job with his drinking and the team did its best to cover up for him but word got out because again he was seen. It was such an open secret that Jason later got in trouble for it. Jason’s bosses were wondering if he could truly lead the team if he couldn’t control Sonny and so now his position is being questioned.

Jason thought he had everything handled. It turns out his team was in a personal crisis and they weren’t alone in having issues. Davis was also facing something. Davis had been working with another female sailor and this sailor was being harassed by Commander Whitshaw.

Whitshaw was even messing with this woman’s login codes. Making sure she has to visit him everyday to get him to reset it and Davis realized what he was doing. She had talked to him when she first found out about his behavior. She asked him to cut it out and now he was proving he couldn’t stop. He likes harassing women.

He likes forcing women into positions where they have to come to every day for help. Whitshaw was a problem and Davis and her fellow sailor reported him. Now, Whitshaw couldn’t be in the same room as either woman without proper reasoning. He also couldn’t continue to harass them and so everything was going fine until the day of the mission. BRAVO Team had left to do the job and that’s when the ship received an alert.

The naval ship had to go dark. They couldn’t risk contacting the outside world and that meant BRAVO was on their own. Davis didn’t want to leave her people defenseless. She went to Whitshaw for help and he authorized the use of a drone to contact BRAVO. She had to tell her friends that they didn’t have air support. They were on their own in the rescue mission as well as the other mission.

They were also distrustful of each other because Jason found out about Sonny and he didn’t confront the man right away or speak with the people who tried to cover it up. Sonny, therefore, thought he was in the clear. It was Clay who realized that Jason wanted them close so that he could keep an eye on them and he tried to warn Sonny that they should have been honest with Jason but Sonny told Clay he was overreacting.

The team was out rescuing a prisoner when unfortunately they found a group of prisoners. The group of men and women that had been taken hostage had all begged for help and the team ignored them. This was especially brutal on Ray. Ray was a hostage himself not that long ago. He knew what it was like to suffering in enemy hands and so he wanted to help. He just couldn’t because it wasn’t part of the mission.

The team got the hostage they were looking for and they got him away from their enemies. They then took him to the safe zone. They were waiting there for extraction when they found trouble. Some armed men were in the arm. They came close to the team and so one of the members of BRAVO had to go out to clear a path. Someone did and they made sure it wasn’t Sonny because Sonny was going to be a new father. And no one wanted to risk him right now.

The team rescued their hostage. The man they saved spoke with Ray and Ray saw himself reflected in the man. He remembered his own situation. He remembered how grateful it was to be reunited with his family and so Ray finally realized his fight with Naima was pointless. He didn’t want to lose her. He knew he had to do some work on himself and now he has everything in perspective. The team made it back to the ship.

Clay tried to speak to Sonny again about his drinking, but Sonny didn’t want to hear it and he called Clay arrogant for believing his way was the right one. Sonny was bent on hurting himself and no one can stop him. Davis also received bad news when she found out the harassment case against Whitshaw had been closed. He claimed David had a grudge against him and because she didn’t reveal their past – his word was taken over hers and the other sailor.

Jason spoke with Sonny. He told him the op was a win and that’s all that matters. He failed to address Sonny’s drinking and now there’s no one Sonny is willing to listen to that can make him stop.