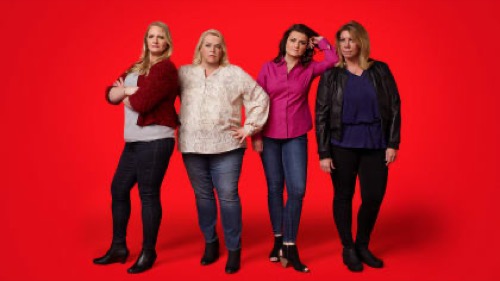 Kody gets honest and says no loner wants to advocate for polygamy; Robyn and Christine open up about their own insecurities as they question everything.”

The family moved to Flagstaff a year ago and they are all separated. Christine bout her home so she is secure, Janelle and Meri are both renting at this point. Kody is driving from one house to the other every day, he is exhausted. They bought the property and wanted to build, but they ended up situated in four different places. The houses in Vegas are not selling and Cody is mentally exhausted.

They were renting trucks that cost a lot of money, to transport their things. Cody wants to move things into Robyn’s house but she doesn’t want to bring it in and then it doesn’t work, and they have to haul it all back out. Cody is so intertwined with the wives, and it would be very confusing for anyone to look at it from the outside in. After this experience, Cody wants the women to finance their own homes. Robyn keeps looking at rentals every day, just in case God has another plan.

Janelle says it is hard, so what, they just have to buckle up and make it work. Cody feels stuck in the middle, they can’t go back and they have been up in the air for so long.

Janelle thinks the problem is that they are lackluster about their relationships and she plans on having a conversation with her family. They meet for lunch, she says she needs to communicate where she is coming from. She wants to know why did they enter a plural marriage. She says she did because she loved the whole family thing. Meri says she was raised in it. Christine says she likes the sisterhood. Robyn says she loved how functional they were when she first met them. Cody says that he doesn’t want to be an advocate of plural marriage anymore. He has all the love he wants, and he knows they feel like they are pining for his attention. Cody says he doesn’t like that they are in a plural marriage because they were commanded to, he wants to know they are in it because they love him and each other. They all agree that it is not the same as it used to be and a lot of them are lonely. But Janelle admits that she started feeling lonely in Las Vegas. Meri agrees, Las Vegas changed a lot of things.

Janelle says that it is almost like they have tribalism in their family. Meri agrees, they are not taking the steps anymore not to even be friends, and Cody only calls her if it is business. Furthermore, Meri doesn’t feel she has family anymore, or even friends. Robyn asks if they all feel disconnected because of her coming into the family, Janelle says no.

Robyn says that when she came into the family a lot of things happened. And she doesn’t know if it is other things going on, or if it is because she came into the family that things changed. Janelle swears it has nothing to do with her, they went public and that was a lot of the problem. Robyn says she starting feeling like a single mom in Las Vegas.

Christine says it is stressful when Cody goes over, they only see him once or twice a week and it disrupts the whole schedule because he never says when he is coming. And, she feels like she is on the outside looking in, she feels like nobody likes her.

Cody says they have to decide what they really want or are they forcing themselves to be in a plural relationship. Christine says she is sorry but she still gets super jealous, and it makes getting together really hard. She wishes she was strong on her own. It’s hard to find that balance of being strong and not being a bitch.
Robyn tells her sister wives that she wants relationships with them outside of Cody.

At Robyn’s rental, Cody gets a call from the lender, he says he was able to fund a loan, they now own the house. Cody is thrilled and relieved. Robyn is excited to tell the kids. The kids are so happy, Cody tells Robyn they need to find some joy here.

The family all get together in Robyn’s new house and Maddie is there with baby Evie and everyone is just enjoying being with each other. They talk about the condition that Evie has, she is missing bones in her body and some fingers. Before her first birthday, she will have to have surgery. Cody is glad that the whole family was together, but he needs his wives to stop complaining. He wants them to fix their relationships and stop putting it on him.