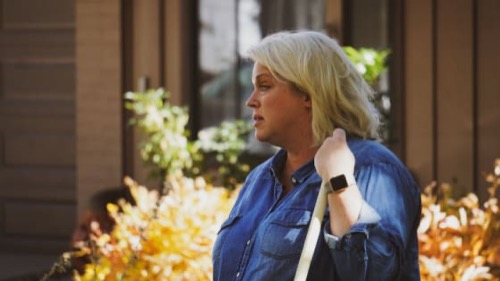 TLC’s reality show about a polygamist family Sister Wives returns tonight with an all-new Sunday, December 19, 2021, season 16 episode 5 called “Sad Sorry Lonely Little People,” and we have your weekly Sister Wives recap below. On tonight’s Sister Wives season 16 episode 4 as per the TLC synopsis, “Christine and Kody’s daughter Ysabel has surgery in New Jersey to correct her scoliosis. The recovery is far more intense than anyone expected, and Kody’s absence upsets Christine.”

In tonight’s Sister Wives episode, the pandemic has created a lot of issues within the family. Christine has especially been feeling dissatisfied in both her marriage and the move to Arizona. The family moved to Arizona right before the pandemic hit. The kids were forced to do at home schooling. Kody refused to come around his wives if they weren’t practically social distancing and he couldn’t make Ysabel’s surgery because of the pandemic.

It was unclear if the hospital had a rule about one a visitor or if Kody just refused to travel out of state during the pandemic. But either way, he wasn’t where he needed to be. Kody gave his daughter a hoodie of his and that way she got to feel like she was getting a hug from her dad. And Ysabel understood he couldn’t make it on a logical level.

On an emotional level, there was a part of her wondering why he couldn’t fly out to be with her. Ysabel has been suffering from scoliosis since she was practically a preteen and now she was getting surgery after years of being in pain. She has her mom by her side. But she would also have liked to have her father and its not like Kody has been around.

Kody was so strict about the social distancing that he refused to come to the house or see the kids if he didn’t feel anyone was following his rules. Kody has spoken to Janelle about this. Janelle has their older son Garrison staying with her. He was saving up money to buy a house and he didn’t have enough for a down payment. And that meant he was going to stay with his mom for a little longer.

Which didn’t suit Kody. Kody didn’t think Garrison was taking enough precautions and so he refused to come around. He told Janelle it was either him or Garrison and she chose her son. Janelle said that as a polygamist she’s gotten used to having to share Kody but she made it work by focusing on the kids and that’s her first concern. Christine even agrees with her. Christine’s first concern was her kids. Not Kody. Kody was mostly staying by Robyn’s house because he didn’t believe his other wives were following his rules and so he said in his confessional that he no longer believes he’s the head of the family. He was there to lead him and he couldn’t do that if no one was listening to him.

Robyn believes that children and her husband hold equal importance. Meri even thought the same but Kody doesn’t want a relationship with Meri and Meri doesn’t know how to leave. She grew up in a polygamist family. She married Kody in the belief they would become polygamists. She still believes they’re spiritually married and it probably does hurt that Kody overlooks her. He doesn’t even count her as a friend. He and Meri had a conversation. He told her that it wasn’t interested in any kind of romantic relationship with her and that he just wants to be friends, but friends would acknowledge another person. A friend wouldn’t leave another friend isolated. A friend who would at least offer emotional support during a pandemic and Kody wasn’t doing this.

Kody would just ignore her. Meri in turn tried to keep up the hope. Meri believes that if she leaves that it would be it and all will be lost. She thinks that if she stays then maybe one day things can change. Meri is an optimist. She only ever considered leaving the family once years ago. It was during the catfish incident and this incident was also want ultimately cost her the marriage. But Meri remains hopeful. She’s unhappy and she’s still not going anywhere. The same couldn’t be said of the others. Christine is deeply unhappy in her marriage and she wants to leave Arizona. She wants to go back to Utah. Its where her children are and it was their home for many years. And so Christine wants to go back to Utah.

Every day that she spends in Arizona is just making her even more unhappy. Christine was currently away with her kids for Ysabel’s surgery and after surgery – Ysabel got to see her siblings. Hunter, Aspyn, and Aspyn’s husband Mitch had come by to see her after the surgery. They all wanted to check on her and to support her. This proves that Kody didn’t have to go to the hospital to be there for his daughter. He could have traveled with her. He could have stayed at the in-laws with the rest of the family and be a kind face to see after surgery. But if anything, Kody is going to use the fact that Ysabel was around so many people to delay seeing her and so the family is more fractured than ever.

Later, Ysabel returned to Arizona. She’s gained an inch in height and was now taller than her father. Ysabel also showed off her scar. The scar was bigger than everyone thought it would be. It told a story and they were glad that story would be a part of Ysabel’s life because her spine was heavily curved before the surgery. Ysabel kept asking for her dad while she was on the pain meds. She also asked her sister Gwen and so frequently Christine had to remind her that it was just her at the hospital. And she later got Ysabel to laugh about it.