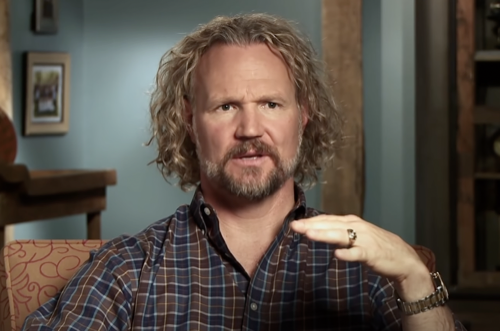 Sister Wives Spoilers suggest that a source close to Christine Brown has revealed that the future of Kody Brown’s polygamist family is uncertain. Everyone knew that Christine was leaving but that didn’t take care of all the drama. What is going on with Kody and his wives?

Inspired To Reevaluate Their Positions?

It seems that when Christine Brown left the Sister Wives patriarch it inspired the others to reevaluate their positions in the family. Kody is still spiritually married to Meri Brown who he married in 1990 and divorced in 2014. Meri was Kody’s legal wife until their divorce. Kody later legally married Robyn Brown who is now his legal wife. Of course, polygamy is illegal in the United States so Kody’s only legal marriage is to Robyn no matter how long Janelle Brown and Meri have been in the family. Janelle got tired of the Coyote Pass property just sitting there and decided to spend the summer in an RV on the property after her rental home was sold months ago. Now Janelle has rented a house in town for the winter. The insider claims that Janelle doesn’t spend much time with Robyn or Kody.

What Are The Wives Status Now?

Sister Wives Janelle plans on spending time with her children for the holidays after spending the summer at Coyote Pass. Christine has moved back to Utah and is leaving with her youngest daughter there. Kristen has also managed to keep in touch with Janelle who she is fairly close to. Janelle and Christine still have a business together as well. According to the insider, things have not gotten any better between Meri and Kody either. Kody admitted some time ago that he and Meri were in a dark place and it seems like that no light has been shed on it since.

Meri Brown Could Easily Be Next

The Sister Wives insider that spoke to US Weekly that Meri could be the next to leave. Meri has become very independent lately, especially after her mother’s death. Meri has been very involved with running the bed and breakfast in Utah. Meri has also gone to another training session for her LulaRoe business recently. Meri has even been shown on the preview says that the family had already spent six months apart. Meri has tried repeatedly to fix things with Kody but he seems less than interested in doing so.

One insider claims that Kody is trembling with worry that Meri or Janelle will leave him as well. Sister Wives Season 16 Premiere will air on TLC Sunday, November 21st at 10 pm. Sister Wives is also available on Discovery plus for some viewers.

Be sure to catch up on everything happening with Sister Wives right now. Come back here often for Sister Wives spoilers, news, and updates.