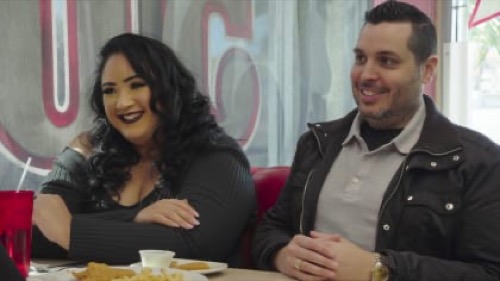 Tonight the TLC  series a fresh twist on family sMothered airs with an all-new Monday, May 31, 2021, season 3 episode 1 and we have your sMothered recap below. In tonight’s sMothered season 3 episode 1 titled, “Married To You And Your Mom,” as per the TLC synopsis, “Mum Karla and daughter Rykia bond by giving each other Brazilian waxes.

In tonight’s SMothered premiere episode it opens in Jacksonville, AL, Karla, and Rykia says her mother is the most important thing in the world to her. They do everything together, watch movies, cook, the first person to see waking up and going to bed. Karla admits people think they are too close. They have been waxing each other for quite some time now. It shocks people if they share the things they do.

They both have made sex tapes. Rykia admits her ex thought she was sick. When Rykia was seven her dad died in a car accident, and Karla thinks that is why they grew closer, she was the only one that was there. Their relationship is a great balance between mom and best friend. When they are in the room waxing, Rykia’s son doesn’t know and asks why there were screaming. Rykia thinks having a son at a young age has also connected them.

Chicago, IL, Kathy, and Christina are dressed in Halloween attire. Kathy is decorating the house when Christina and the kids drop by to help. They do everything, cook, shop, vacation, go to concerts, you name it. Last year, Christina and Carlo were planning their remodeling their home but then he left his families’ pizzeria where he worked. Very quickly, they went from remodeling a house to remodeling a pizzeria.

The decorating for Halloween is very important to Kathy. Christina loves helping her, but now she is overwhelmed with Carlo and cannot get the enjoyment that she usually gets out of it. Christina wants to go to the restaurant, she says she feels like she should be there, she is stressed out. She feels bad that she cannot always be there for her mom now like she used to be.

Kenner, LA, Lisa, and Lauren are outside, Lauren took off from work early. Lauren says her mother is her best friend and she is the person she wants to spend all her time with. Lisa admits people think they are sisters sometimes. Lauren says they are super close, they have slumber parties together. They always have something to talk about, they even Facetime in the tub. When Lauren was ten years old she told her mom that she liked girls.

The turning part in their relationship is when Lauren met Laura Leigh who says she married into a polygamous relationship, she married Lauren and her mother it seems. Lauren decided that she was going to try at home semination, she asked her mom for help with it. Lisa is really excited to be a part of this journey, even though Laura Leigh doesn’t know. Laura knows that Laura Leigh will think it is weird so she didn’t tell her.

Las Vegas, NV, Sunhe, and Angelica are at a restaurant together enjoying a meal. They have been sharing bathwater since Angelica was very little. Angelica is thirty-two weeks pregnant and her mother is really excited for her, Angelica is hoping that it is a girl, she always wanted a sister. Sunhe says she is her sister, her mother, her best friend, her everything. Angelica and Jason have invited everyone over tonight to announce they are engaged and expecting a baby.

Angelica is worried about Jason’s mom, she lives in Alaska and she hasn’t seen her much. Sunhe still has problems with Jason, she doesn’t think he is good enough for her. Since Angelica is pregnant, Jason says Sunhe is nicer to him and he hopes it is not just a blip. They arrive at the restaurant and Jason gives the news to everyone and really, there isn’t much cheerfulness at the table. Jason’s mother is just starting.

Back to Karla and Rykia, they finished their waxing. Rykia is a surrogate and she is happy to bring joy to another couple. The two love to cook together. Rasheed walks in, Rykia’s brother and Karla’s youngest child. Karla asks Rasheed if he is going to invite his girlfriend for dinner, they want to meet her. Rasheed thinks the two are too blunt and don’t want to introduce them to her yet. Rasheed admits that he has met her parents already, Karla is not happy about that. Karla is hurt, she has tears and tells Rasheed that he is making her feel that she is not a loving mother.