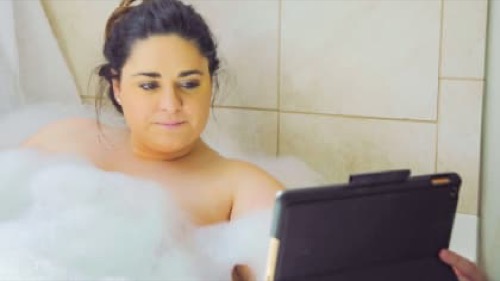 Tonight the TLC  series a fresh twist on family sMothered airs with an all-new Monday, June 21, 2021, season 3 episode 4 and we have your sMothered recap below. In tonight’s sMothered season 3 episode 4 titled, “Coming Clean,” as per the TLC synopsis, “Karla worries that she and Rykia are drifting apart; Lauren comes clean to Laura Leigh about the secret she’s been keeping; Amy gets emotional when she realizes she needs space from Carina; Angelica’s condition worsens.”

In tonight’s sMothered episode, Las Vegas, NV, Sunhe, and Angelica; it is six weeks before Angelica’s due date and her blood pressure is up again. Jason calls her, she says she is tired. The hospital only allows one person due to COVID, Sunhe says Angelica choose her, and Jason is frustrated that he cannot be there with her. Four hours later, Angelica calls Jason and tells him that they are inducing her today.

He tells her that he wishes he could be there for her. Jason is very upset that he cannot be there, Sunhe swears that it is Angelica’s decision and she never pushed her. The next day, Angelica is still four centimeters so she is going to have a c-section. Jason is so concerned for Angelica and their child, she is only 24 weeks. Angelica is crying, Sunhe tells her she is sorry.

Kailua, HI, Carina and Amy are going on their boat. Carina is so excited to celebrate her mom’s birthday on the boat. Her mom has a rare form of diabetes and she got pretty sick, she had heart surgery and neck surgery. It made them closer and closer. There is absolutely nobody that Amy would want to spend her birthday with other than Carina. The intention regarding their closeness is not to have her daughter, not date, Amy wants her to get out.

Palm Harbor, FL, Dawn, and Cher are getting to go on a trip, Dawn tells her to seduce Jarod with good sex so they can stay in Florida. Their daughter is crying, it is not easy to leave her but they are happy to have alone time. Dawn rented them a place, Cher says it is so adorable and she is so happy that her mom did all this. Dawn leaves them a gift outside. Cher opens the git and there is a romance kit. Jarod doesn’t understand why Dawn is obsessed with them in the bedroom. There is massage oil, a feather boa, and a book illustrating sex positions.

Robert, LA, Lisa, and Lauren, Lauren is in the tub, she talks to her mom on her computer at the same time. Whenever she lived with her mom, she would be in the bathroom with her when she took her bath, so now that she doesn’t live there, she facetime her. Lauren is going to take a pregnancy test today, Laura Leigh doesn’t know that Lisa inseminated her two weeks ago. Lisa thinks that if Lauren has a baby, they are going to be closer. Every single month Lauren hopes this is the month.

Back to Carina and Amy, they are in the water. Carina is talking to her friend Haley, she tells her that she wants her to build her own life there. Meanwhile, Amy is speaking to Kat, she tells her that all she wanted is for someone to love her and be around her when she takes her last breath. Kat asks her if she has room to have romance in her life right now.

Amy says that Carina is very dependant on her and what she wants for her is to have love. She is scared, all she knows what to do is give Carina everything she wants, she doesn’t know what to do besides that. Carina tells Amy she is going to sing her a song that she wrote for her. With the song, Carina is trying to tell her mom that she will always love her. Amy is worried that one day she will be old and alone.

Angelica’s miracle baby, Amara, was born at 1:51 pm, she weighed 4 pounds 2 ounces, she is so tiny. Sunhe chooses Amara’s name, it stands for a shooting star. When Angelica found out it was a little girl, she was so happy. Sunhe is very happy that it is a little girl, being a grandmother is the best job in the world, besides being a mother. Angelica feels a sense of relief that her mother was with her, she needed her and she doesn’t know if Jason could have done the same thing for her that her mother did. Sunhe calls Jason and tells him they are adding another support person, he can come to meet his daughter. Jason is quick to show up at the hospital and says he bonded with his daughter right away.