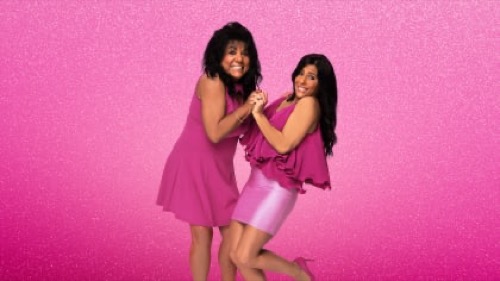 Tonight the TLC  series a fresh twist on family sMothered airs with an all-new Monday, July 5, 2021, season 3 episode 6 and we have your sMothered recap below. In tonight’s sMothered season 3 episode 6 titled, “I Choose My Mom,” as per the TLC synopsis, “Lisa and Lauren confess to Kenny about their recent scheming; Karla surprises Rykia with a double date; Sunhe and Jason clash about throwing out his junk, leaving Angelica in tears; Dawn and Cher take skincare to a new level.”

The episode begins with Rykia making her mother Karla breakfast. She even served it to her in bed and she did it because she felt bad about her recent behavior. She’s pregnant. She’s also grumpy and she’s been taking it out on her mother. Rykia felt bad that she lashed out on their shopping trip. She was hoping they could redo it and instead her mother had a different idea. Karla thought they should join online dating. Karla wants Rykia to find someone and she doesn’t think pregnancy should prevent that. Karla also couldn’t wait to return to their normal routine once the baby was born. She wanted to go back out on the town with her wingwoman and the pregnancy just seems to be getting in the way. And Karla doesn’t care about what Rykia thought of it.

Rykia didn’t want to date. She wants to focus on her pregnancy and her mother seems to resent the pregnancy. She already created an online profile for Rykia. She also set up some dates that she was going to surprise her daughter with them and so Karla really was smothering her daughter. But Sunhe and Angelica were on the same side. They both wanted Jason to finally get rid of his stuff and make room for them. Jason asked them to move in over a year ago. Since then, he just barely cleared up the rat infestation and he still keeps boxes of junk around. He’s a packrat. He doesn’t want to get rid of anything and he doesn’t want to make room for his fiancé or his baby daughter. He even tried to blame the baby for why he hasn’t gotten rid of his stuff yet.

Jason said the baby came sooner than they thought. Which upset Angelica because she said he couldn’t blame the baby for not making room for her and he’s had over a year. Jason still can’t let go of things. He also didn’t want Angelica throwing it out on her own or with her mother’s help and so he told them to stay out of his stuff. Jason also stormed off when he didn’t like the conversation coming back to him about what he failed to do. Jason has been letting down Angelica. Her mother could see it and Sunhe asked Angelica if she’s still sure about him. Does she want to be with a man who couldn’t make room for her or their baby? Angelica needs to think about that. He was off doing that as Lauren was speaking with a fertility specialist.

Lauren spoke with the fertility specialist. She had her wife and her mother by her side. The doctor said it was going to be hard and so Lauren’s mother Lisa asked if she could carry the baby. The doctor said no. He took Lisa’s age in as a factor and he ruled her out but the wife wondered why Lauren didn’t discuss this with her first. Laura Leigh was young enough to carry a child and she would happily their child because she couldn’t wait to become parents. There was no reason to get Lisa involved. It often felt like Lisa and Lauren agreed to one thing and only include Laura Leigh after they’ve made up their minds. Laura Leigh tried to speak with her wife. To tell her how she’s feeling only for Lauren to lash out and claim Laura Leigh is the problem.

Lauren doesn’t want to hear about boundaries or that she should include her wife in every decision regarding fertility. She just wants to make decisions with her mom and that’s a problem. Lauren heavily relies on Lisa while Rykia is starting to see how problematic her mother is. Karla is still talking about them out on town. She wants to go on dates. She wants to set up a date for Rykia. Rykia just wants a relaxed pregnancy. She doesn’t want what her mother wants and her mother isn’t listening to her when she says it. Rykia was complaining when Angelica and her mother brought dumpster guys to Jason’s house. Jason’s house is still so full of junk. He also doesn’t want to let go of any of it and so that made Angelica realize he doesn’t want her around.

Jason had more than a year to prepare his house. He refused to and Angelica and her mother had to force him to do the bare minimum by hiring the dumpster and movers. Jason resented having those people around. He even seemed to resent Angelica’s interference. He claims he wanted them to move in and yet he was doing everything possible for that to not happen. Then there was Rykia. Rykia told her mom that she doesn’t want to go out on dates and that she wants to focus on her baby right now. It finally dawned on her mother that they couldn’t go back to the way things were before. Rykia wants to move out after the baby is born. Once the surrogacy ends, Rykia wants to start fresh and so that finally kicking in for Karla. Karla apologized for her earlier behavior. She made things up to Rykia by giving her a foot rub and the two were able to bond as they did in the old days.

Lauren and Lisa went back to the family home. They spoke with Lauren’s father and Lisa’s husband. They told him what happened and they tried to downplay why Laura Leigh was upset. They mentioned that Lisa inseminated Lauren and that freaked out the father. He said that was a step too far. He was also upset when he found out that Lisa offered to carry the baby because he should have been brought in on that discussion and he disagreed with it. The father was on Laura Leigh’s side. He does think there should be boundaries between Lauren and her mother. He tried to talk Lauren out of staying in her old bedroom. He said her place was with her wife and that they needed to work on their issues. And to do that away from mom Lisa.

Only Lisa didn’t see it that way. Lisa said she’s number 1 in Lauren’s life and that’s never going to change.