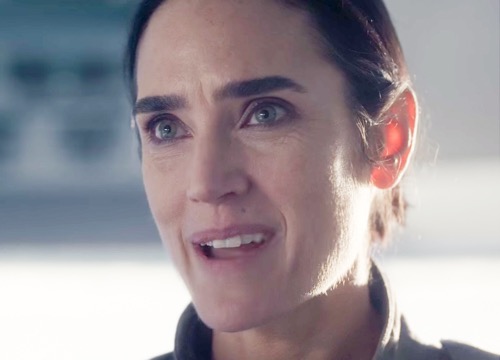 In tonight’s episode Alex asks her mom about the sample she took outside. Mel tells her is was snowing outside. Alex doesn’t believe her. That is impossible. Alex leaves, leaving Mel locked up.

Andre leaves for work, saying goodbye to Zarah. Bess comes to meet him. She likes his new living quarters. He likes what she has been doing. He makes her detective. She refuses at first then accepts.

Andre interrogates Kevin. They have questions for him. He isn’t answering. They bring him buffalo wings. He starts talking. Meanwhile, Wilford asks Mel some questions but she isn’t answered. He sends a communique to Andre. He wants to meet. Ruth is thrilled. They agree to meet with him.

Andre brings Kevin, Wilford brings Mel. They make a swap. Just before Mel goes, Alex talks to her. She asks her to come with her. Alex tells her she is 7 years to late.

Mel and Andre catch up. Tess meets with Lights and asks her what happened. Meanwhile, Mel tells Javi and Bennett about what she saw in Wilford’s train and how it was snowing.

Wilford draws Kevin a bath. He asks him what he told Andre and the others. Kevin admits he ate the food they gave him. Wilford is upset. He showed them they are weak. He hands Kevin a razor after getting into the bath with him. Kevin obeys and takes his life.

Zarah recognizes Jane Doe as Josie. She lies and says she doesn’t know her. She adds something to her IV but then changes her mind and stops the infusion seconds later.

Tess meets with Pastor Logan as part of he investigation into the attack on Lights. Zarah talks to Audrey about guilt and starting a new life. She doesn’t reveal any details. Audrey tells her to protect herself and Andre. All of their hands are dirty.

Javi, Bennett and Mel run a few tests. Outside is getting warmer. The temperature is changing. They cheer.

Set to meet with Wilford again, he travels to Mel’s car. Ruth is thrilled to see him. Alex travels with him. She looks nervous. They arrive to see Andre and Mel. Andre has concerns to address with him. They discuss them publicly. Mel announces the earth is warming. She gives a speech about how they can be sure of this and recolonize the planet. Wilford denies all of this until his scientists agree with Mel about her theory. Wilford then elects Mel to be the one to man a scientific station outside. Alex looks like she wants to object. Mel agrees she has to do it with her expertise and knowledge.

Andre learns that Josie is alive and on the train. Wilford leaves with Alex who tells Mel that her new mission isn’t going to help their relationship. Mel tells her it is for hope.