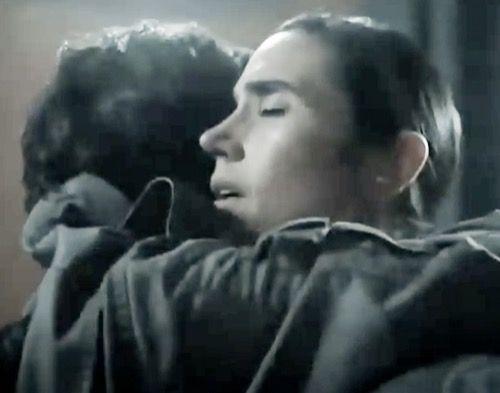 In tonight’s episode, Wilford wakes and smokes a joint while he makes an annual to the people. He then walks his bodyguard to the scientists working for him. They put the bodyguard in a glass room and then turn on some type of chemical. He screams.

Mel wakes and suits up. She tells Bennett of her regrets as a mom. He assures her that her choice to lead the mission to determine if the earth is warming is being a good mother. Meanwhile, Alex tells Wilford that the Snowpiercer may not make it up the next large hill. They consult with the engineers. They will need to use two engines. Mel shares she needs supplies for her mission. Wilford pairs her with Alex.

Andre stays with Mel to meet Wilford at the border. The door opens. Wilford gives Mel a hard time about her list. Andre then tries to broker a deal. He will give them fresh food for train parts. Wilford is eager to accept but doesn’t want to look weak. He will think about it. Mel crosses the border to meet with Alex. They have a large number of supplies. She is in awe.

Mel has a ton of questions for Alex who lets her guard down a bit and shares a few things. Andre visits Josie who is disgusted she has aligned himself with Mel. Meanwhile, Pike is out of weed and is no longer allowed to hang out at the top of the club.

Bess and Breachman work on the case involving the attack on Talies.

Alex shows Mel her bunk. She shows her yarn she has used to visualize their route. She also has pictures she drew of Mel before she knew what she looked like. They talk more. Mel cups her cheek. Alex smiles. Alex tells her a wheel on the train is misaligned.

Andre and Bennett talk. They decide there will be no secrets between them as they are both out to see Mel stay safe. Later, Mel and the team speak with Wilford and Alex as they bring Snowpiercer around a sharp curve. They almost derail but make it. Ruth brings Zarah and several others to another part of the car while Andre helps Josie take off her bandages to see her face after the accident.

The train starts to lose speed. Mel and Alex work to keep the trains on track. Alex hits the booster as Wilford taunts her about working with her mom. Alex takes them around the bend. After, she pretends she has something to do as it appears she is slipping off to see Mel and say goodbye. Wilford knows as much and gives in.

Andre tells Josie about Mel’s mission. She seems to be hopeful. Mel kisses Bennett goodbye. Andre and Ruth take her to get ready to leave. She says goodbye to Andre before arriving at the border. She begs Ruth to look after Alex. Ruth promises with tears in her eyes. Andre gives Pike the go-ahead to make deals for weed from the other car again. Everyone says a solemn goodbye to Mel.

Alex helps Mel suit up. Mel tells her she loves her. Alex calls her mom. Telling her she will see her in a month.