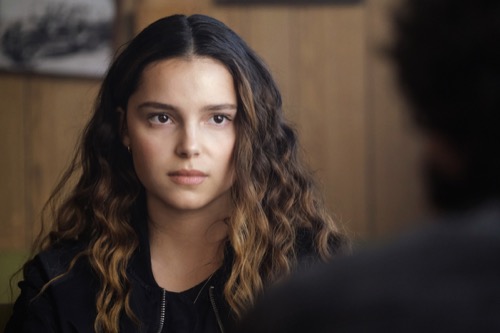 In tonight’s Superman & Lois episode, Edge and Superman are discussing his latest secret, they are brothers. He describes how his mother was matched with his father years after Jor-El. He plans to resurrect Krypton. Superman refuses, not like this. They fight. He needs Superman by his side or he will kill him.

Sarah is mad her father has come home. She thinks he is drunk. She takes off. Meanwhile, Clark tells Lois who tells him to go to Jor-El. He tells Clark he cannot help. His mother made the technology Edge is using to bring Kryptons back. Lois talks with the boys. Her dad comes in to tell them they found Kyle, Sarah’s dad.

Kyle explains to Lana why he went to Edge and the offer he made him. Lois shows up. Kyle tries to attack her and Lana. She brings out kryptonite. The General and his men come in, restraining Kyle.

Clark and Lois meet with Lana after to tell her about Edge’s program, his private army. He even has an MIT doctor working for him. Meanwhile, the General questions Kyle. He is looking for a man. They torture him for answers.

Sarah, Jonathan, and Jordan hang out at the diner. She vents about her dad. Jonathan tells her he has not been drinking and all about Edge. They tell her maybe she needs to see for herself.

On the farm, Lois wonders why Edge gave Superman an option. He must need time. Clark hears the scientist working, Edge’s scientist. He and the military race to take the man in. He tells them he doesn’t know how to reverse the machine he has been using, only the maker does. Superman admits that is his mother.

Lois brings Lana to see the military and Superman. It is all so surreal for her. They need someone to get in on the inside. Lana says she can do it. Lois thinks this is a bad idea. Meanwhile, the boys bring Sarah to the military set up where they are working the case. She wants to see her dad. Jonathan has to talk the General into letting them in. When Sarah sees her dad she isn’t himself. She leaves. He then threatens to kill Jonathan.

Superman talks to Lana about her decision. Lois tells her it is time. In order to get close to Edge, she has to become one of them. She gets into the machine. She gets out she recalled Clark as her son. She has become his mother.

Clark talks with his mom alone, telling her about Earth, his Earth parents, Lois, and his sons. She is so proud and happy. Meanwhile, Jonathan doesn’t regret showing Sarah what happened. Now he and Jordan just need to be supportive.

Edge tells his assistants they need to move forward, Superman has made his decision. Clark’s mother explains to the military how her technology works. She tells them how to reverse the change, by running the people back through the machine. Clark wants to do it all at once. Superman senses Edge is coming. He tells them to figure it out and he will hold Edge off.

Superman meets Edge in a field. He details his lonely childhood, how he was teased and how he used his powers. Meanwhile, Jordan tells Sarah this is all why he missed her talent show. Suddenly, their waiter disappears. It seems half the town is shooting into the sky, being pulled somewhere.

Superman continues to try and talk to Edge about humans and how they are not weak. Edge refuses to give up Earth. His people are coming he warns Superman. Superman flies into the sky and gets them to chase him. He creates a solar flare, reversing all of them back to themselves. Kyle returns back to himself right in front of Sarah. Lois sees Lana, she is also herself.

Superman lands to the ground hard, having spent all of his energy. Edge takes off with his assistant. He still has plans, he tells her.