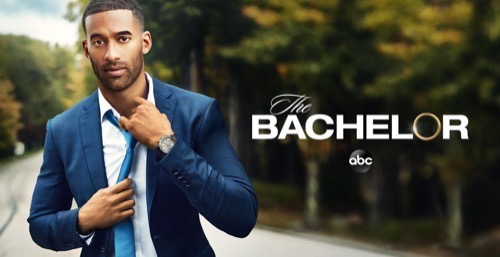 The Bachelor 2020 airs on ABC this evening with an all-new Monday, January 4, 2021, season 25 episode 1 and we have your The Bachelor recap below. On tonight’s The Bachelor season 25 episode 1 as per the ABC synopsis, “Matt James, will hand out the roses for its momentous 25th season. After meeting Matt as a prospective suitor for “The Bachelorette,” Bachelor Nation swooned when they learned he would take on the role as the lead of his own love story.

Matt finds his first rose ceremony overwhelming, discovering it difficult to say goodbye to the women he really didn’t want to disappoint. Twenty-four hopeful bachelorettes remain to join him on his romantic adventure to find the love of his life who could be his future wife.”

Matt James has never been on any of the Bachelor franchise shows, nor has he ever been on TV for that matter. He is 28-years-old, he grew up in North Carolina, but now he works in real estate in New York city. He loves working with children and says it is some of the best moments of his life. He is grateful for the opportunity to be The Bachelor. He says nothing happens by chance, and everything is a blessing. He is nervous and anxious, it feels real. He grew up with his mom and older brother John.

His dad is black, his mother white and his parents split up before he can remember. His mother raised him in a Christian household and that meant everything to him. Her mom did a good job, but growing up a single parent home, he feels like he missed out on seeing what a good relationship is. He has struggled with opening up and being vulnerable. He fears having his heart broken. But he is ready for the next chapter in his life.

We get a sneak peek at some of the women that Matt is going to meet. Alicia is a professional ballerina who is always working to be better; she is also a ballet teacher and loves to be around children. Abigail is a Client Financial Manager, she is deaf and really exited to meet Matt. Kristin is an Attorney and always on her A game. Magi is a Pharmacist, she is from Ethiopia and moved to America nine years ago. Anna is a Copywriter during the day and works at a bar at night. Sarah is a Broadcast Journalist, she worked on TV but returned home to be a caregiver to her dad who has ALS. Lauren is a Corporate Attorney and she is very nervous to meet Matt.

Matt has game time jitters, he knows that within minutes he could meet the woman he is going to spend the rest of his life with. Matt tells Chris Harrison that he is really nervous. Chris tells him to take a deep breath, the first limo is arriving. First, Matt wants to speak to Chris. Matt tells him that he has thought what he would do, how he would carry himself but when you see that red carpet, everything changes.

Chris tells him that there is a phenominal chance that he could meet the woman of his dreams. He just needs to give it a shot. Matt says he has put pressure on himself being the first black bachelor. His mom was white and his dad black, he knows what it was to be in an inter-racial family. He says it is hard to please everyone. Chris says if he comes out with the love of his life, that is all that matters.

The first limo is pulling up, Matt can hear the women screaming. Bri is the first to come out of the limo, then Rachael is next and she is little taller so Matt doesn’t have to bend down so far to hug her, Sarah, Jessenia says she is looking for someone to be her rock, Chelsea says she hopes they can make history together, Mari says she is nervous but ready. Another limo arrives, Matt’s heart is racing a mile a minute; he is trying to breathe. Magi is out of the second limo first, then Carolyn gives him some lavender for good luck, Sydney tells him she is excited to be there, Kristin tells Matt that he is guilty of being incredibly fine, Anna brought him a Bachelor Survival kit.

A pickup truck pulls up, Khaylah comes out and says she wanted to drive up in style, Serena C., trips and almost falls into Matt’s arms, Serena P. is only 5’ 2” so brings a foot stool so she can reach his height, Alicia does some ballet, Saneh tells him that he is the greatest of all time and she is wearing goat slippers, Alana brings a bowl of spaghetti and shares one strand with Matt like in Lady & The Tramp. Another limo, Abigail is first out and she tells him that she is deaf, Corrinne says she is blessed to meet him, Marylynn says everything in her life has brought her to this point to meet him, Emani, Lauren is happy to take this journey, Pieper says her last name is James too.

A pizza car shows up and it is MJ and she brought him a pizza, Katie brought her vibrator and she calls it MJ, Amber shows up on a bycicle, Kimberly brings Matt a fish, Casandra comes dressed as a football player, llleana asks if she can put her balls in his mouth – she means meatballs, Kit shows up in a gold Bentley, Victoria shows up in in a tiara and she brings Matt a crown then she walks into the room with the other women and says, “the queen has arrived bitches,” probably not the smartest thing to do.

Matt starts sitting with the women, one by one and is still kind of robotic, he is not at ease. He says he feels like he has a lot of responsibility on his shoulders being the first black bachelor. His nerves are starting to die down. He came there to find the love of his life, and he is confident that she is among the women. Mari was worried she wouldn’t find time to speak to Matt alone, but she does and after just a few minutes, Katie interrupts with her vibrator. The women are not holding back, there are big personalities and the competition is starting.

Matt is having fun living off the energy the women are giving. A lot of great conversations, chess, sweet tea and bowling. Kit brings Matt a snow globe of NY and barely gets two minutes with Matt when Victoria says “the queen is here,” and interrupts the two of them. Kit leaves, but she is not impressed.

Chris H. comes in with the first impression rose, he tells the women it is for Matt. The mood shifts in the room, the pressure is on. Victoria gets up, if some of the other girls don’t want to see him, then she is going for a second chat with him. So many girls had no time with him, and the see Victoria on her second round. The first impression rose is still on the table, and many of the women are so nervous. The night is flying by, Matt is trying to have as many conversations as he can before he passes that special rose out.

Bri has a really good feeling talking to Matt, they were both raised by single parents and look genuinely like they like each other. Abigail sits down with Matt and reveals that her sister is also deaf, they both chit chat for a bit and then Matt leans in for a kiss. Meanwhile, Katie is expecting the first impression rose, so is Victoria. Matt goes into the room where the women are, he picks up the rose and passes by all the ladies in the room, goes back out to Abigail and gives her the first impression rose. Abigail is on cloud 9, the fact that Matt sees potential in her. She can’t wait to get to know him more.

Time for the first Rose Ceremony. Alicia is worried that she had no one on one time with Matt and if she doesn’t get a rose tonight she is going to be a complete wreck. Victoria says the queen is for sure getting a rose tonight.

Matt thanks everyone for an amazing first night. He says he is shaking because he knows to decisions have to be made for him to find love.