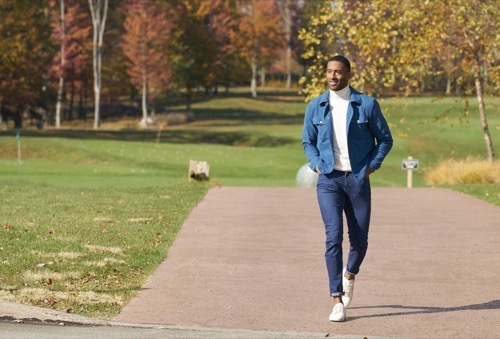 The Bachelor 2020 airs on ABC this evening with an all-new Monday, January 18, 2021, season 25 episode 3 and we have your The Bachelor recap below. On tonight’s The Bachelor season 25 episode 3 as per the ABC synopsis, “Sarah is at the center of an emotional firestorm that envelops Matt and the other women as the rose ceremony continues. A steamy group date, featuring Bachelor Nation favorite Ashley Iaconetti Haibon, offers the women a chance to write their own hot love scenes with Matt and read them to him in front of a live audience.

Serena P. finds out if her initial feelings for Matt could develop into something more serious. And even though his journey just started, Matt’s biggest fear comes to pass, leaving him devastated.”

We continue with the last episode, where Sarah fainted at the Rose Ceremony. The night stops and there are five or six roses left on the table. Matt is inside with Sarah, she is getting this really intense moment with him as he is checking to see if she is ok, and the women inside think she is getting exactly what she wants, Matt puts his jacket around Sarah, he tells her that he was worried about her. Victoria says this is the Bachelor and not the “Sarah show” but obviously she did not get that memo. Ouch!

Matt returns to the room, so does Sarah and the ceremony continues. He apologizes to the women, but he says there is only one of him and as they continue, it is going to get tougher and tougher. The next rose goes to Khaylah, then Mari, MJ, Anna, Kaili and Victoria. Sadly, Matt believed Victoria over Marylynn and is sending her home with some other women.

The next morning, Chris visits the women and tells two group dates and an unbelievably romantic one-on-one date. He leaves the first date card, it is for Rachael, Bri, Lauren, Kit, Serena C., Victoria, Khaylah, Anna, Kaili, Katie, “today is a surprise for everyone.”

Matt welcomes the women, he says he is going in with an open mind. They walk into a room, that looks like a bar lounge and Ashley Iaconetti, who met her husband Jared Haibon on Bachelor in Paradise 2015, is reading an intimate passage form a book that she is holding.

Victoria is finished, she reads some of it to Ashley who is shocked about how erotic it is. Victoria says she had no choice, in a group date, she has to make sure that she stands out. The live studio audience are the other members of the house and Matt. The nine woman on the group date return to the room to perform. Chris tells the other women who are standing in as a studio audience that the women on the group date were tasked with writing a love scene for them and Matt. It can be as riske and aggressive as they want, it can be as soft and sensitive as they want. It was totally up to them.

Anna is first, then they go one by one and they are all very riske. But when Katie did hers, there was a lot of bleeping and some women said she must read erotica. Then Victoria, and more bleeping. Matt looks embarrassed. Chris says it is always tough to let go like that. Matt takes the nine women to the after party. Sarah had a hard time watching the women read, she actually felt dirty.

Katie had fun on the date and wants to shout it out. Bri has some special time with Matt, and she didn’t reveal to much during the challenge, she felt it was more important to keep the intimate details about her and Matt private. There is a knock at the door, it is for Serena P., “let love lead the way.” Serena feels guilty, she knows that everyone was hoping to hear their name. Sarah didn’t come down for the date card reading, she is having a hard time, she is emotionally exhausted.

She says that she should have known that this would have triggered her because in her past she dealt with faithfulness, commitment issues and jealousy. All of those feelings and emotions are coming back. She knows she has had special moments with Matt, but it is killing her that other women are having the same special moments. She is worried that she might not be able to get past this, and it may be a roadblock. Sarah goes and interrupts Matt on his group date when he is speaking to Katie, she tells him that she had a great time with him and now to flip a switch, it is really hard.

Meanwhile, the other women are not impressed with Sarah and don’t think it is fair that she take their time from Matt. Victoria tells Katie it is not right and she should go back. While Matt tells Sarah that he is having a hard time too because this is not a normal process. Katie returns, Sarah tells her that it will be another five minutes. Matt tells Sarah to just concentrate on their conversation at dinner and not at anything else. Katie returns again, Sarah is not pleased and asks Matt to walk her out. Katie sits down and she can hear the two of them kissing. Now, Sarah knows Katie is not happy about what she did and is worried about what the other women are going to think.

Sarah goes to see the other women on the group date and tells them that she is sorry for talking time with Matt away from them. Victoria follows Sarah outside and tells her they were worried about her and thought that maybe it was her health. Then Katie comes out, Victoria leaves and she wants to know why Sarah did this. Katie tells her that she had a whole one-on-one date and it is not fair for her to take time away from other girls. Katie encourages her to work out whatever is going on with her. Matt returns to the women on the date. He tells them that he really enjoyed earlier in the day. Then he grabs the rose and gives it to Rachel, he says that his relationship really progressed with her during the day. Then he bids them goodnight.

The next day, Katie shares with the women who were not on the date, what Sarah did. Matt drops by to pick up Serena P., he sits down with the women and wants to talk about Sarah, but she is not there. He asks them to give him five minutes, he gets up and goes to look for Serena P. Matt finds her in bed, he jumps on the bed right on top of her. They sit down on the couch together and she says it is really hard for her, she packed her bags and was ready to leave. He says that would be a tragedy, he is on cloud nine since their time they spent together.

He says he will continue to remind her how much their night meant to him. And, the girls are not going to be happy, but it is about their connection and if he has to, he will drop by and see her every day because he has real feelings for her. Matt is gone more than five minutes, the two are kissing in the doorway, and he says, “you are kicking me out?” Matt finally returns to the women and says it was a long five minutes. He tells them that Sarah is ok, and he would have spent that time with any of them who felt that way.

On their date, Serena P. and Matt go horseback riding. Her hope for this date is just to see if they are compatible. The two share a little bit about their lives then Matt tells her that he is feeling close to her, he leans in and kisses her. Then he tells her that he had a turtle growing up, she tells him that it not a pet and the two laugh.

At dinner, Matt tells Serena P. that he has great pictures from their day and he really enjoyed his time with her. She talks about a previous relationship, the breakup was painful and hard. He says the last relationship he was in was a year ago, and it didn’t work out because she wasn’t serious. He admits that he can’t say that he has ever been in love yet. She says she was deeply in love with her ex.

Then she tells Matt that she is falling in like with him and could see herself one day falling in love with him. He pulls out the rose and tells her the feeling is mutual, he gives her the rose. They get ready to go in the hot tub and Matt has on turtle swim trunks, she laughs.

A date card arrives, and Sarah returns to the group. Sarah apologizes to the women from the date the day before and especially, to Katie. Victoria tells Sarah that she is monopozing Matt’s time and this is not the Sarah show. One by one the women tell Sarah how she made them feel. Sarah says she just wants to make amends, Victoria asks her what makes her think they want to make amends with her. The women continue to mean girl Sarah until she leaves the room.

Sarah goes to see Matt the next day, she tells him that there connection is amazing but she is doubting if she can really do this. Family is really important and being away from them is weighing on her. She was really attacked by the other women, she went to apologize to them and was completely attacked, they were cruel and malicious and it was really hard for her.

He says what he feels for her is real and he wants her there. The first night he met her, he was excited to speak to her and he completely dropped the ball. He says he doesn’t want to lose her. She thanks him for saying everything and she has prayed about this, she feels like she is called to go. He says it doesn’t mean that he is going to stop thinking about her. They both say they are going to miss each other. He walks her out. Sarah is in the car, she is crying and driving off.