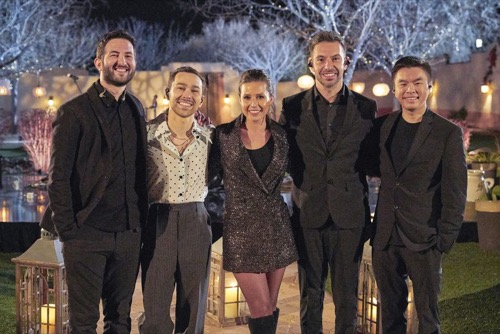 The Bachelorette airs on ABC this evening with an all-new Monday, July 12, 2021, episode, and we have your weekly The Bachelorette recap below. In tonight’s season 17 episode 6 as per the ABC synopsis, “After narrowing down her suitors to the remaining dirty dozen, Katie hopes to find out who has the willpower to keep it clean with a new – and hard – challenge. While the guys in the house see if they can keep their promise, one lucky man opens up to Katie with vows of his own in a ceremonious one-on-one date.

Katie then enlists two queens – “RuPaul’s Drag Race All-Stars” winners Shea Couleé and Monét X Change – to help find her a king in a group date debate that is sure to bring some royal tension. And later, a one-on-one date becomes a two-on-two, with a special double date featuring Bachelor Nation power couple Kaitlyn Bristowe and (her now fiancé) Jason Tartick. But do Kaitlyn and Jason’s connection make Katie question her own?”

In tonight’s The Bachelorette, episode the episode begins with Katie sitting down with Tayshia and Kaitlyn to talk about the week that just passed. Katie feels like she has a solid group of guys, she thanks Tayshia for introducing her to Blake and tells her that their one-on-one date was amazing. Kaitlyn tells her that she is in a good position right now. Katie says she thought it would be fun if she made the guys hold back their self-care, it will be a fun challenge.

Kaitlyn goes in to see the men, she tells them that no more “self-care,” it is a challenge. Later, Hunter tells Greg that he thinks they are in the top four. Meanwhile, Justin is on his first one-on-one date with Katie and they meet up with Franco, the official photographer for The Bachelorette and he tells them that they are going to have a mock wedding photo shoot.

First, the two sit down to write their vows. Katie feels hopeful with Justin but she wants to see if they can get past the friend zone. Opening up has never come easy for Justin, so is really having a hard time writing the vows, he just tries to be real.

Back to the other guys, they are talking about Hunter and call him a sneaky super fan of the show.

When Justin sees Katie, he is speechless; she looks stunning in a form-fitting dress with pearls dripping from the back. The two say their vows and seal them with a kiss. Katie had such a good time, but it was intense. She loved that Justin embraced the day. At dinner, the two talk and discuss how much they enjoyed the day. Katie tells him that her dad is no longer around, and to walk down the aisle, even in an imaginary world today, it was hard because her father is no longer there.

Before her dad passed away, she found out that he wasn’t her biological father. He tells her that she amazes her with her strength and he is honored that she choose him to be on this date, he wants to know everything he can about her so he can support her.

Another date card arrives, this one is for Blake, Andrew, Michael A., Greg, Aaron, Mike P., Brendan, James, Tre, Hunter, “this queen is looking for her king.” That means Connor B. gets the one-on-one date with Katie and he is over the moon.

Katie gives the rose to Justin and thanks to him for caring and she knows that he would make a great husband, she wants to explore their relationship more. They head out to an area of the hotel where Max is there to perform for them.

Time for the group date with ten guys and there are multiple men who she is falling for. Two drag queens come out to meet the men, they are Monet X Change and Shea Coulee, Drag Queen All-Stars. They are there to help Katie figure out who is there for her because nobody can find a fake like a drag queen. The men will be competing in the great royal debate where they will be tasked with proving why they deserve to be at the end with Katie versus the other men. Hunter knows he is going to get plenty of roasting, and he is right.

Hunter says he is falling in love with Katie and it causes a firestorm; the men reveal that he is a super fan, he comments on the Bachelor and the Bachelorette blogs and he has a top four. Hunter is told to give it back to the men, he says he won’t, he looks at Katie and says that when he does find the woman that he wants to spend the rest of his life with he won’t take it for granted, and he thinks that woman is her.

Time for the after-party, Katie makes a toast, she thanks everyone for being truthful with what they shared; some were concerning, she cheers to finding love. She is not concerned about what she heard about Hunter, she trusts him. Katie sits down with Greg, he tells her that he is falling for her, she says the feeling is mutual.

Katie is sitting with Blake, he says he has been struggling with self-care, she tells him she is getting so hot. They kiss and Katie enjoys being playful and funny with him. It’s James’ turn to sit down with Katie and he tells her that Hunter is calculated, and maybe worse than Thomas. He is not the only man to bring their concerns to Katie, her night went from great to terrible and she wants to hear Hunter out. Katie tells Hunter that she spoke to a couple of the guys and they called him calculated and it came from multiple guys. Hunter says he focuses on her and only her, he doesn’t know what else to say to defend himself. She tells him that it is bad timing and she doesn’t feel good right now.

She asks him to give her a minute to have some time alone, she feels physically ill. Hunter returns to the men and tells them that it the worst time he has ever spent with Katie, some of the guys said things about him. Aaron is worried for Katie, she was visibly upset. Katie returns to the men, she tells them that she had a really good time today but tonight was a mix of emotions. She is calling it a night and she won’t be handing out a rose, she will see them at the cocktail party.

The next day, Katie has a surprise for Connor, it is a double date with Kaitlyn and Jason who have been through this process before. In fact, Katie says this is the final test in their relationship. They start with playing volleyball, the Cool Cats against the Dirty Dogs. Then they play a pass the potato kind of game, with a coconut. After meeting Connor, Jason is a huge fan, so genuine and down to earth, he is rooting for them. Connor and Jason are alone, Connor says he really has feelings for Katie. Connor makes Katie laugh and smile, she loves everything about him.

Kaitlyn says there is something about starting off as friends. Kaitlyn also thinks Connor is great, but she knows this date is a make-it-or-break-it for the two. Kaitlyn hopes Katie gives him another chance. Connor is alone with Katie, he tells her that when he is with her all doubts are gone. She says she has loved every moment they had together and he is one of a kind. Finally, the two kisses and both Kaitlyn and Jason try to peak in but they can’t see from where they are sitting. Connor gets dressed for the evening with Katie when there is a knock on the door.

He answers and it is Katie, in jeans and a sweatshirt – she is not dressed for dinner and she is crying. Katie tells him that the more she learns about him, she knows how great he is. He tries to comfort her. She tells him that she wanted to feel like he was someone she could walk away with this at the end of this and she is heartbroken. Connor is crying too, she tells him he did nothing wrong. She says when they kissed, there was something missing there, but everything else was so good. She tells him that she is sorry. Through his tears, he tells her that it is ok. She thanks him for everything and gives him a hug.

She knew that saying goodbye to Connor would be hard, but not this hard, he is such a good guy. She says that is a man any woman would be lucky to be with and he is worthy of finding love. Connor says it is heartbreaking, starting off that strong and now this, he asks how bad a kisser is he.

Connor goes to see the men and tells them goodbye, Tre is shaken, Connor walked into the room in tears. Greg as well is emotionally touched. Even Hunter looked upset.

Blake shows up outside Katie’s room with a boom box blaring, she is so surprised and invites him up. He tells her that he was worried about her after he saw Connor come back and say goodbye, crying. She tells him that it was the greatest surprise ever, she had no idea how romantic he could be. With Blake and her there is this undeniable passion. Blake really feels like they could fall in love, that they are in a love story and he is ready to enjoy his happy ending.

Time for the cocktail party, Katie tells the men that the group date was hard and so was sending Connor home. And, time isn’t going to make a difference tonight. She wants to be intentional about where her heart is, so the cocktail party is canceled, she knows in heart what she wants to do moving forward. She thanks them for their time and she will see them at the Rose Ceremony.

There are only six roses to give out. Katie starts by asking Hunter to go outside to talk, she has a rose in her hand and leaves the men all standing there. Hunter sits down with Katie and he tries to plead his case for him to stay, she says she is looking for clarity. Hunter returns to the room, he doesn’t have a rose but nobody knows what Katie has going on in her head.

She tells the men that she needs clarity going into this, she doesn’t want any drama, she just wants to find her person. The first rose goes to Blake, then Andrew, Greg, Michael A., Mike P., and the final rose goes to Brendan. Hunter says it is going to take time to process being sent home, she obviously didn’t want him.