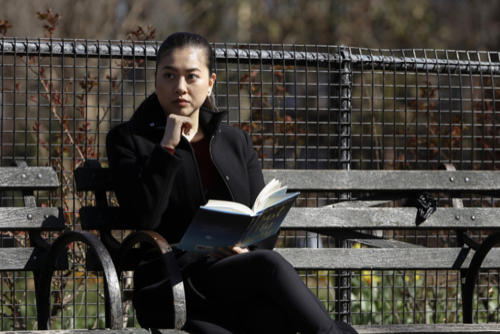 Tonight on NBC their hit drama The Blacklist starring James Spader airs with an all-new Friday, May 7, 2021, episode and we have your The Blacklist recap below. On tonight’s The Blacklist Season 8, Episode 16 called, “Nicholas Obenrader”,  as per the NBC synopsis, “Liz and the Task Force track new leads in their investigation of N-13, while Red takes steps to infiltrate Townsend’s criminal organization.”

In tonight’s The Blacklist episode, the episode begins with Bryan Heller who is laundering the money for Townsend and he is panicking because the IRS is breathing down his neck. A man is in his office, Becker who is a hired killer, asks him to move away from the window, then Becker kills him.

Next, there are two ladies at the reception, he kills them too. Charlie is not there, Becker is looking for him, when he can’t find him, he takes a photo of his desk with Charlie and another man at a cabin fishing. Becker makes a call, he says tell Obenrader there is one loose end, send in the crew it is time to disinfect.

Red and Dembe are meeting with Thom McCarty, Red says he hears his crew does some work for Townsend. Thom says yes, proceeds get split 60/40. Red tells him that Espinosa manages all of Townsend’s jobs, he decides which crews work on them. The crews he prefers to assign take 30% and takes 10%. Ressler arrives, Thom leaves and Red asks Ressler why he must always arrive early.

Red tells him he has a case or a riddle, he recently learned that Townsend launders money through a listing agency called, Kelmund Reality. The books came to the attention of the IRS, 72 hours later, the company and its employees vanished along with the IRS audit. And, Red says Nicholas Obenrader is to blame.

Ressler goes back to tell the task force about the case. Then we see Obenrader, he tells his men to dumb and covers the body. One of his men gives him the photo of Charlie, Obenrader tells him that Becker is fired, he doesn’t like loose ends.

Obenrader calls Townsend and tells him it is done, the IRS will no longer be a problem. Townsend says good, he has another problem, it looks like Espinosa is feathering his own nest (we see Thom with Townsend), if that is true, he wants a replacement.

Liz calls Ressler, she asks Cooper if he read the messages she gave him, he says yes. No news on the mysterious assets, but they identified an address, a café in Paris. Liz asks for the address, Cooper says no, let them do their job.

Ressler and Park head over to Kelmund Realty, the place has been stripped. But, when looking around, they find some blood on the back window.

Townsend is boxing, hitting a boxing bag. Then Townsend opens the bag and Espinosa is inside, and he is dead.

Aram is in Paris, he is parked and Liz jumps in the car, he asks her why she is there. She is with a man; she says his name is Rocco and he is her bodyguard. He tells her she can tag along, but they go in has cops. The three go inside the café, Aram tries to speak French, hilariously, but the café bartender speaks English. Aram tells him that there are two bad people who may have been in the café, they would like to see the security feeds. When the man says no, Rocco pulls out a gun and Liz tells the guy that he is certifiable.

Red is in his plane when Dembe brings in Remi, red says he wants to speak to Priya. After Red threatens his life, he tells Red that Priya is in London, a client hired her to recover a rare book. She is scheduled to him at Ingram Rare Books in Kensington. Red tells him to go Dembe will drop him off wherever he likes.

In the car, Aram asks Liz if the bartender didn’t give up the surveillance video would she have let Rocco shoot him, she says no. He asks about Agnes; she says she is amazing and wonderful.

Ressler and Park knock on Charles Totten’s door and ask where his brother is, they have questions. Inside the house, the a asks Ressler if his brother is in some kind of trouble. Park looks over and sees a man laying on the floor in the other room, blood coming from his head. It turns out, the dead man is Charles Totten and the man who answered the door, Nicholas Obenrader. At the bureau, Park is questioning Obenrader.

Aram has a hit from the surveillance video in the café, the man Red was meeting in Paris was Ivan Stepanov. Red is calling Cooper; he tells Red that Park and Ressler brought in Obenrader and they are questioning him now. Red says they are on schedule. Red says he hasn’t been entirely forthright on this case, the truth is, he has no expectation that Obenrader will talk about Townsend because he knows the block back on his family would be too great. Cooper tells the task force they have a narrow window to speak to Stepanov, speak to Liz and see if she can help. Ressler calls Keen, little does he know his phone is being bugged.

Priya stops by to see her client regarding the book, he tells her the cash is inside, they go through a secret door. When he opens the door, Red is inside and he dozed off. Priya is about to leave, red waves his gun, and tells Priya not so fast. Dembe takes Nigel, the book buyer, out of the room.

Townsend finds out that the FBI may know about Red’s handler, Stepanov, he tells his men to get eyes on him. And, give Liz a job, any job, just keep her busy for the time being.

Priya tells Red this is first, meeting inside a safe. Red says he wants to be her angel, she says she is not interested. Red tells her that he wants her for a job, it will be the last, he will pay her enough that she will never have to work again. He wants her to infiltrate Neville Townsend’s organization.

Park tells Obenrader to get up, she and Ressler are taking him on a trip. Obenrader says he hasn’t spoken to his lawyer, Ressler tells him that where he is going, he won’t need a lawyer. They stop and the Swat team meets them, they shoot Park and Ressler, take Obenrader into the swat vehicle and Red is inside with Dembe. Ressler and Park are fine, they were setting up Obenrader.

Red mentions Townsend’s name, Obenrader says he doesn’t talk about his clients. Red says he has boxes of archival records of his clients; who, what, where, and when. Obenrader says that he never met Townsend, they do everything over the phone. Red tells him to put Priya in there if he wants his client list back.

Little does Liz know, Townsend is only pretending to trust her when he doesn’t.

Priya is walking through the park, Ressler, Aram, and Park are there and they have eyes on her. Park gets up, then Ressler, and they stay close to her. Priya stops to sit on a park bench, there is a paper bag with a phone inside, it rings. She answers it and the person tells her to go to the blue van by the curb. Ressler also walks near it and puts a bug under the van. While they are tailing the van, Priya actually went inside the van and down a tunnel.

Liz calls Ressler and tells him that Townsend gave her a job, meanwhile, Townsend is listening. Liz is with Priya, she hangs up on Ressler. Townsend still doesn’t think 100% that Liz is working with the FBI. The van has stopped, Park pulls it over and sees the trap door inside, they have been duped.

Dembe and Red are waiting in the restaurant. Meanwhile, Priya is sitting across from Townsend. He wants to pay her to identify items that he might steal. Townsend is interrupted, it’s about Moscow, Townsend leaves the room. Then we see Ivan Stepanov is abducted. Dembe tells Red that their friend has been taken. Stepanov is in a room, Townsend is there with his men and asks him if he knows who he is.