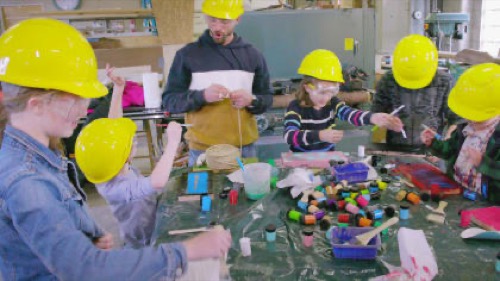 Tonight on TLC their reality show The Blended Bunch about the newly blended family the Shemwells airs with an all-new Tuesday, March 30, 2021 episode and we have your The Blended Bunch recap below.  On tonight’s The Blended Bunch season 1 episode 3 called, “Step Kid Swap,” as per the TLC synopsis, “Erica and Spencer have a step-kid swap so each parent can build a better bond with their step-children.

Then, the time has come for four of Erica’s seven kids to get their annual MRI screening for cancer cells, and Quinn has a bone to pick with Spencer.”

So make sure to tune in tonight between 9 PM – 10 PM ET for our The Blended Bunch recap.  While you wait for our recap make sure to check out all our television spoilers, news, recaps, and more, here!

Tonight’s The Blended Bunch Recap begins now – Refresh Page often to get the most current updates!

In tonight’s The Blended Bunch episode, Quinn and Erica head to pick up the kids. They talk about her late husband and how he died from cancer. It was genetic and now her 4 kids have the gene. She plans to have them get scans. Quinn is very supportive and thinks she needs to let Spencer in.

He doesn’t however, understand why her late husband and her connection to have kids when they realized he had genetic-based cancer. When she talks about God seeing them through, he feels that is a lazy answer. She is surprised at his opinion. She shares that Spencer doesn’t know all that much about cancer. He is there for her but he really doesn’t know.

That night, the family all make dinner. Spencer and Erica kiss in the kitchen, grossing out the kids. Erica and Spencer tell the kids at dinner they plan to do step kids swap the next day after the scans. That way they can spend time with their stepkids and bond. Spencer will go with Erica’s 4 kids who need scans.

Erica is worried the kids will be scared of the machines. She hates that they have to go through this. After the scans, the kids all get toys at the toy store. Caleb calls Spencer dad which makes him feel great. Erica worries about Landon who isn’t saying much. He says he is fine. She tells him he needs to share if and when he is scared.

Spencer takes Erica’s kids to his workshop. He gives them goggles for safety. They are making signs for their bedrooms. Meanwhile, Erica spends time with Spencer’s kids. They make glittery slime. Back at the shop, Erica’s kids have made their signs and are a mess.

Avery gets glitter all in his face. He says it tastes like poop. After, Erica and Brayden skateboard together. He helps her. She hopes they can get closer and he thinks she is a cool stepmom.

Erica takes some extra time to hang out one on one with Harper. She feels like no matter how much she tries they just haven’t connected. She thinks by talking and doing their nails as she did with her mom it may make them closer.

The next day, Erica heads to see the doctor about the scans. Spencer needs to head to work. Quinn catches him outside to talk. He tells him how stressed his sister is. He really wants Spencer to realize he needs to step it up. Spencer doesn’t say much and feels as if Quinn shouldn’t assume he knows what is best for their family. Quinn also talks about how he thinks it’s crazy that Spencer wants to adopt the kids. It’s too soon and more of a decision for the kids to make.