The Bold and the Beautiful Spoilers: Carter Wants Life & Future with Quinn, Passion Not Enough 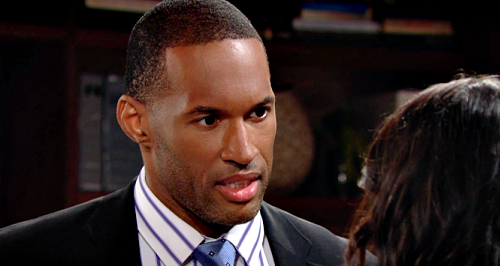 B&B fans know Carter and Quinn certainly found a powerful connection when they hit the sheets, but there was so much more to their romance. Quinn and Carter were really firing on all cylinders since they brought the heat, but there was intense love, understanding and admiration underneath.

Before Eric decided to rip up the divorce papers and take Quinn back, Carter was prepared to go public and have a future with her. He wanted to build a life together and didn’t care who knew since he considers Quinn to be such an amazing woman.

Carter views Quinn as one of a kind, so how can he ever move on if she keeps giving him a little taste of what might’ve been – or what could still be? Eric feels like he can satisfy all Quinn’s other needs and let Carter handle things in the bedroom, but it’s not that simple.

Since Eric doesn’t think he’ll ever be able to make love to Quinn again, does he just expect this arrangement to work permanently?

Is that really fair to Carter, who wants to marry and settle down with a woman he can care for in every way? Carter is surely going to feel rather used in this scenario.

Although Carter and Quinn will surrender to their desires during the week of September 20-24, that doesn’t mean they’ll continue down this path indefinitely.

How’s Carter going to feel when he’s just getting quickies and watching Quinn go home to another man? That seems like an awfully sad and unfulfilling life for Carter.

In trying to satisfy Quinn’s needs, Eric is going to leave Carter hanging on some big needs of his own.

At some point, Carter may decide this just isn’t going to work. He could easily deliver an ultimatum to Quinn and force her to choose whether she wants all of him or none at all.

Could Quinn rethink her future with Eric once she’s reminded of what it’s like to be with Carter? Time will tell, but Quinn, Carter and Eric will all have plenty of issues to work through.

The Bold and the Beautiful spoilers say this controversial storyline will bring some great drama, so stay tuned for some good stuff this fall.

CDL will have other hot Bold and the Beautiful spoilers, news and updates, so make us your one-stop source.