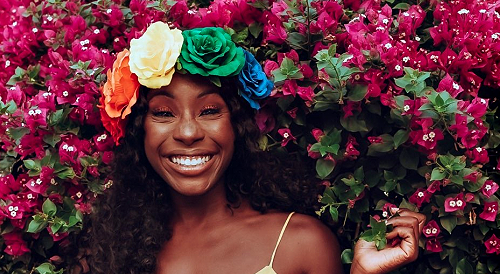 The Bold and the Beautiful (B&B) spoilers reveal that there’s some important casting news to pass along – and it ties in with the shocking whodunit that’s coming up.

B&B will begin a new mystery story surrounding a murder during the week of April 5-9. As part of the aftermath, Vasthy Mompoint will play Dr. Ricks, the LA-based coroner.

SOD reveals that Mompoint will appear as Dr. Ricks starting April 8. Of course, the fact that a coroner’s involved will hopefully convince any murder mystery doubters out there! This is truly happening – and the coroner’s involvement makes it serious business.

It’s understandable that some fans might be skeptical since B&B bailed on killing Sally Spectra (Courtney Hope) off after previously hinting at it. However, this is a different situation.

The Bold and the Beautiful spoilers say a lengthy murder mystery has already been crafted – and SOD insists that the victim will be “really, most sincerely dead.”

Based on all the latest B&B info, Thomas Forrester (Matthew Atkinson) is looking like the one who’ll wind up deceased. Bill Spencer (Don Diamont) will have to work his magic after the upcoming deadly incident, so will he pay off the coroner?

We wouldn’t be surprised if a bribe exchanged hands since Bill will be doing whatever it takes to shield someone – most likely Liam Spencer (Scott Clifton). The Bold and the Beautiful spoilers say Bill will feel like he has to step up to offer protection.

We’ll be dealing with a situation where Bill’s mistaken about what really happened, but he’ll definitely launch a cover-up anyway.

Naturally, the cover-up might start before the coroner gets involved, but it could just as easily start afterward. Bill has deep pockets and friends in high places, so he’ll do whatever he has to do!

As other B&B news and updates come in, we’ll keep you posted. The Bold and the Beautiful spoilers say Dr. Ricks the coroner will play a crucial role in this murder mystery kickoff, so stay tuned to the CBS soap.

Are you excited about the brewing whodunit? B&B fans won’t want to miss the deadly bombs that are set to drop! CDL will have other sizzling Bold and the Beautiful spoilers, updates and news, so make us your favorite hotspot.