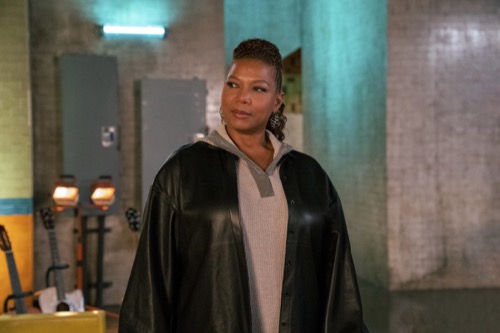 The Equalizer airs tonight on CBS with an all-new Sunday, November 28, 2021, season 2 episode 7 called “When Worlds Collide,” and we have your The Equalizer recap below. On tonight’s The Equalizer episode as per the CW synopsis, “Bishop asks for help when a terrorist from his past uncovers the identity of his adult son; Aunt Vi becomes nostalgic about a past romantic relationship when she receives a surprise visitor.”

On tonight’s episode of The Equalizer, Bishop is in trouble. Someone was targeting him. He knew someone was targeting him and so he turned to his closest friend as the only person in the world he truly trusted. He turned to McCall. He needed her help. He told her that someone hacked him and they were threatening release information about his well if he didn’t pay. This person was threatening to release everything. This included his official CIA file. The hacker would expose military secrets and put Bishop’s life in jeopardy. Bishop was holding onto a secret. This secret was so big that not even McCall knew and so he had to came clean when he asked for help. He told her he has a child. A son. His son’s name would be released as well and so his son’s life would also be at risk if his enemies found out about his file being for sale.

Bishop’s son also doesn’t know about him. Bishop met a woman named Adhara during his years of spycraft and the two fell in love. She was forced into a terrorist cell. She wanted to get away and Bishop helped her. One thing led to another. They found out she was pregnant when he brought her to the United States and they both realized what would be best for their son. She was already running from a tough situation. Adhara didn’t want to tie herself to another tough situation and she didn’t want to tie her only child to Bishop or his secrets. Bishop went away. Adhara raised the son by herself and unfortunately she died less than a year ago.

His son Zaed doesn’t know about him. Bishop has never met him in person. He was keeping on tabs on him through his ex and so he went to his son’s apartment for the first time in order to tell him about the threat. But his son wasn’t there. The young man had been grabbed and the kidnapper left behind his cell phone just to be able to call Bishop on it. Bishop was told to come to a meeting. He did so in spite of suspecting it could be trapped or that he could be killed because he didn’t want his son hurt and unfortunately he found out who took his son. His son was grabbed by an infamous terrorist named Hassan Talib. Talib was actually married to the woman that Bishop helped escaped.

In other words, Talib kidnapped his own stepson. He and Adhara were married when she fled. They met in college and got married and then Talib’s parents were killed. He returned to Syria where he was radicalized. He started hurting people and he became known as “the Architect”. Adhara couldn’t just leave a man like him. She had needed to escape and Bishop helped her with that. They never expected to fall in love or have a child and still they did. Talib must found out about it. He came to hate the man who took his wife and fathered her “bastard” child and so he began looking for Bishop because he always planned on getting his revenge.

Only his plans changed once he became infamous. Talib was wanted by the United States and so hiding out in the United States wasn’t going to work for long. He wanted to escape. He was demanding Bishop’s assistance in his escape and so McCall agreed to help. Harry also agreed. Mel didn’t want him to be involved because they were trying to bring him back from the dead and aiding a known terrorist would hurt them. Mel didn’t want to help Bishop. She was only outvoted because the others decided to help and so she went along with it. They tried to rescue Bishop’s son. They also followed through with getting Talib out of the country.

McCall called upon a friend to get them fake passports. The friends saw Talib and told her she was no longer welcomed after this favor, but that was okay because they did get the passport and McCall called a pilot. She got Talib onto a plane. They flew to Cuba. Talib was going to deboard without telling his friends back in the states to let Zaed go and so Robin took a risk. She shot Talib. She send a warning to Bishop using her watch. The rest was to him. Bishop went to where Zaed was being held and got himself captured. He did so in order to be taken directly to his son. He then broke out of his restraints and freed his son.

They used certain items to escape that Bishop had hidden on him. They also got away with Mel’s help and, in the end, Bishop never came clean to his son. He said he’s waiting on the right time to tell him. They didn’t need to worry about Talib. McCall killed him and most of his men were dead. McCall’s team did a great job. They returned to the United States and McCall checked in with her aunt. Her aunt got a blast from the past. Aunt Vi was in a relationship with a woman back in the day that ended because the other person was too afraid to come out as gay. Her friend left her and married a man. But the friend’s daughter reached out to Vi. And Vi was too curious to ignore what the daughter had to say.

And unfortunately Harry was later arrested for breaching the CIA’s servers.