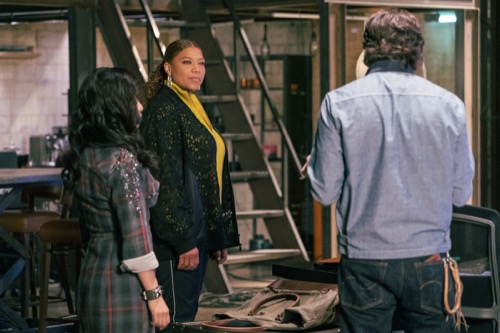 The Equalizer airs tonight on CBS with an all-new Sunday, May 23, 2021, season 1 episode 10 Finale called “Reckoning,” and we have your The Equalizer recap below. On tonight’s The Equalizer episode as per the CW synopsis, “Both sides of McCall’s life converge when her daughter Delilah and her school friends are threatened by a European crime syndicate for being eyewitnesses to the outfit’s execution of a drug cartel boss.”

In tonight’s The Equalizer finale episode, Robyn’s daughter Delilah was on the wrong side of town when she became a witness to a crime. She and her friends went over there for pizza. They heard it was the best pizza in town. They didn’t even make it to the pizza shop before they heard gunshots and Delilah’s friend Jason as well as a stranger on the street were both shot. Both victims were rushed to the hospital.

Delilah followed with two of her other friends and Robyn met her at the hospital. Robyn comforted her daughter who was worried her friend Jason might have died, but Robyn also paid attention to what the other friends were saying and she collected as much information as she could. Robyn knew from then she was going to work the case.

Robyn also made sure to have a word with Jason’s mother. His mother sent him to a good school so that something like this didn’t happen and yet her son was still shot. His life hangs in the balance. The doctors didn’t know if he was going to make it or not and so Robyn made sure to get her daughter home and once she had her settled she went back onto the street. Robyn brought this case to her friends Mel and Harry.

She told them that it was personal. She also wanted justice for Jason. Robyn’s friends had known she would want answers and so they identified the other man who was shot. His name is Alejandro Molina of the Molina cartel. Either someone inside the organization took him out or someone making a move on the cartel did.

Robyn reached out to the Molina cartel. She kidnapped one of their men and she put a bomb on him. She then walked him back into a meeting with someone running things. Robyn then asked who killed Alejandro. The person in charge told her that the Brigada Seven had been behind the hit.

The European crime syndicate had wanted to use the cartel’s distribution center to expand their operations and the cartel turned them down. The cartel only works with the cartel. They don’t work with any outsiders and so the crime syndicate struck back. They disrupted operations. They also killed Alejandro in an escalation and now the cartel wanted revenge. They kidnapped the shooter’s girlfriend hoping she would lead them to the shooter whose name was Kostya.

The police had now taken over this case. Detective Dante called Delilah asking her to come down to do a line-up and Delilah agreed but her mother couldn’t go with her. Robyn couldn’t afford to let Dante know who she was. She instead sent her Aunt Vi with Delilah and Delilah properly identified Kostya as the shooter. Delilah had been very brave. She was doing a great thing and Robyn was telling her how proud she was of her when Delilah received a call.

This call had been from one of Kostya’s friends. He used something to hide his voice and he told Delilah that she better take back what she said or he or she was going to find Delilah. The threat was clear. Robyn overheard it and she grabbed the phone and demanded to know who was calling. They refused to tell her. They also hung up on her. Robyn later spoke with the other parents and all the kids receiving threatening phone calls.

Their children were all going to recant. No one wanted to risk the kids and so Robyn decided to do something about it. She went to her friends. She asked them to do research on the Brigada Seven. She found out their organization was quite shadowy and that her friends could only find out who was in charge of the New York operation.

The guy in charge of the New York arm was called Victor Shishani. His real name is Victor Pankiv and he was a former Ukrainian counter-intelligence. Robyn later approached him. She told Victor about her work in killing terrorists and she added that his war

with the cartel will be nothing like the war he just started with her by going after those kids. Robyn still gave him a chance. She told him to tell Kostya to plead guilty and that they could both walk unharmed but Victor just couldn’t bring himself to do it. His man pleads not guilty and he made bail. Kostya was released. He now on the outside and so the war is on. Robyn called Dante. She told him that it had been his job to keep those kids safe and that he failed.

The leak came from within the NYPD. Dante was just as angry as Robyn was and there was nothing he could do about it. He went to his superiors. He demanded that something is done and he was told that was a case for Internal Affairs. Dante was given no reassurances. He couldn’t even help get justice for Jason.

Jason later died from his injuries. His death devastated Robyn and so she was set on taking down Victor. She reached out to a man on the inside. She tortured him for information and she found out Victor was expecting a shipment. The upcoming shipment was huge. It was quite a big deal to the Brigada Seven and they had redoubled security after verifying Robyn is who she says she is.

They weren’t the only ones looking into Robyn. Delilah visited Detective Dante and she told him that she was still going to testify. She also saw a picture of her mom on his desk. Delilah later tried to ask her mom if she knew him and her mom lied to her face. She said she never met the detective. Delilah knew that for a lie and so she waited up until her mom left the house. She hid in the backseat of her mom’s car.

Robyn was only set on her war with Victor. She went to the dock where she thought she would surprise Victor and surprisingly she was the one caught on the back foot. Kostya caught her. He brought her to Victor and Victor was smug about winning, but then Robyn’s allies showed. She brought with her the Molinas. The Molinas killed off the Brigada Seven. Robyn also personally took care of Kostya and Victor. And so the NYPD thought the two gangs took care of each other, while Dante hid Robyn’s involvement in what happened.

Dante had seen the light. He told Robyn he wouldn’t go after her but he did warn her that someone else will.

Robyn later went to Jason’s funeral and she noticed afterward that her daughter was acting oddly. She asked Delilah about it. Delilah told her that she saw a photo of Robyn on Dante’s desk and that she saw the storage locker. And so she asked. She asked if her mom was involved in killing Jason’s killer and that’s where they left things.