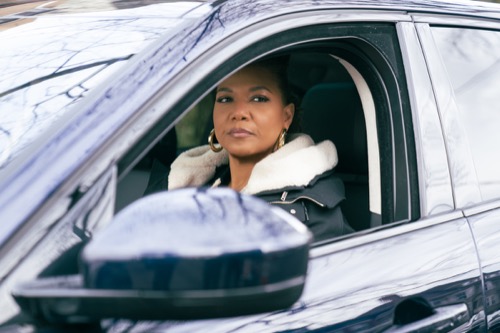 The Equalizer airs tonight on CBS with an all-new Sunday, April 4, 2021, season 1 episode 6 called “The Room Where It Happens,” and we have your The Equalizer recap below. On tonight’s The Equalizer episode as per the CW synopsis, “McCall tries to help a despondent college student being threatened by someone working for a rising politician. McCall worries when Delilah starts hanging out with a young girl who served time in juvenile detention.”

On tonight’s episode of The Equalizer, a young woman tried to kill herself. She tried to kill herself by driving into a brick wall and as it happens her car had a mechanism to detect objects in its pathway and it stopped the car before it could crash. The young woman’s name is Maya. She’s a college student. She’s smart and she used to be social. Maya was focused. Then that changed. She came home on a visit one day and she just never left.

She claims that she burned out. Maya didn’t want to return to school or attend her worthwhile internship. She was interning for a candidate running for mayor. The candidate was another woman and Maya consider her to be a personal hero. And yet Maya was giving that up because she was scared.

It was up to Robyn what she was scared of. Maya’s father saw Robyn’s ad and he contacted her because he was desperate. He wants to help his daughter. He just doesn’t know-how. He tried talking to her and it didn’t work. Maya wasn’t willing to listen to him or even her friends. Her friend from college Olivia came by to see her. Olivia wanted to know what happened and Maya refused to see or talk to her.

Maya was pushing everyone away. Robyn tried to figure out why and so she talked to Maya. Maya repeated her old excuse about how she burnt out. She also claimed that she wasn’t worried or scared about anything and Robyn could tell that was a lie. She saw the telltale signs of anxiety.

Robyn knew that Maya was troubled about something. Robyn couldn’t get answers from Maya and so she went looking for them herself. She spoke to Olivia. She got nowhere with that and Robyn accessed Maya’s text messages. Maya received a threatening text message from her fellow college student and it turned out to be over a paper. Maya had been writing other students’ papers for cash.

The guy who threatened her in the text had sent the message because Maya missed a deadline and he had to make it up. Maya ended up completing the paper. She handed it to this guy and he too noticed that something was off about her. Maya had looked a mess. She seemed on edge and so Robyn went back to Maya’s place to talk to her.

Only Maya had overdosed. She tried to kill herself again and she again failed. The doctors were able to save her life. Maya was revived and she still refused to talk about it. Maya was going to be no help. Robyn had to turn to her friends to get answers. They went digging in Maya’s life and they saw that she had been talking to Zev Petrus.

He’s an ex-cop turned PI/fixer. He was also known for brutish tactics and that could scare someone like Maya. She was an inexperienced college student. She was also working at Sinead Keller’s campaign office. Robyn thought Keller’s campaign could be connected to Maya’s suicide attempt and so she sent her friend Melody in. Melody volunteered for Keller’s campaign. And she later told Robyn that she likes Keller.

Keller was the sort of woman that Melody wouldn’t mind becoming mayor. She also saw for herself that everyone liked Maya at the campaign office and so no one could understand why Maya was so unhappy. It wasn’t until Robyn spoke with Petrus that she realized Petrus was covering up something. He tried to claim that Robyn was selling information to the opposition and Robyn automatically detected that was a lie.

Robyn found out that Maya was meeting with a woman named Patty. Robyn went to Patty’s home and she told her that Maya tried to kill herself. And once Patty had heard that she finally started telling the truth. Patty was raped by political consultant Elijah Reade and the same had happened to Maya.

Elijah has a type. He likes a petite brunette with big brown eyes. He would meet them while working on a campaign and he would befriend them and then he would get to let their guard down. These women would trust him. They would think he was a friend and he used that to get close enough to sexually assault them.

He did it with Patty and he did it again with Maya. There have to be more women out there. He got Patty to sign an NDA and that was a habitual abuser move. Patty had heard about another woman who tried to go to the police. This woman apparently reported her rape to Detective Petrus and he got her to recant. He left the police force after that and he became a fixer for Reade.

Reade was known as the “Queenmaker”. He was considered god’s gift to female candidates and he has friends everywhere. Patty whose real name is Sarah had come forward with the rape. She tweeted it and then all of her friends sided with him over her. They claimed she was using the MeToo movement to take down a good man.

She lost her job and she could never work in the political arena ever again. Patty wanted Reade to be stopped. Robyn said she would do so and she made that promise to Maya as well. Maya said she’ll see it before she believes it. Maya was later visited at the hospital by someone from the campaign. They tried to get her to sign an NDA by saying it was for her own good and she told them she’ll think about it.

Maya’s father why she wouldn’t sign a document. He believed their lie that it was just semantics and so Maya told him the truth. She told him she was raped. Her father then got really angry and he went to Keller’s campaign office with a gun. Thankfully, Robyn stopped him from doing something stupid. She reminded him that he would be ruining his life as well as Maya’s if he killed Reade and so he agreed to go with her plan.

They were going to take down Reade the legal way. They used Maya to find what lawyer firm Reade was using with his victims and then they got a list of every woman he gave an NDA too. And one of Reade’s first victims proved to be Sinead Keller. The same woman who hired him to run her campaign.

Robyn decided her next move was to go to Keller. She told Keller that Reade has never stopped raping women and she even brought Maya in to speak to Keller. Both women tried to convince Keller to turn on Reade. They said Reade was a horrible man and that he needed to be stopped, but Keller didn’t want to hear it.

She said she had an interview and she went to this televised interview with Reade. She later listened on as Reade explained how Keller got her start by working for him. He said that he always knew she was destined for great things and that must have made her snapped because Keller went off on him. She told the whole world he was a rapist. She even showed off the twenty-three NDAs he made women sign and so there was no escaping the charges now. Reade has been outed.

Keller outed him in spite of the risk to her own career. She also offered Maya her old job back and it came with a promotion.

Reade was done for and so was Petrus. Detective Dante got footage of him breaking into Maya’s house to plant bugs and those bugs were all collected.

And while Robyn was in a mood, she asked Detective Dante to release her daughter’s friend Nicki. Nicki was a good kid with a past and she just needed someone to give her a chance.