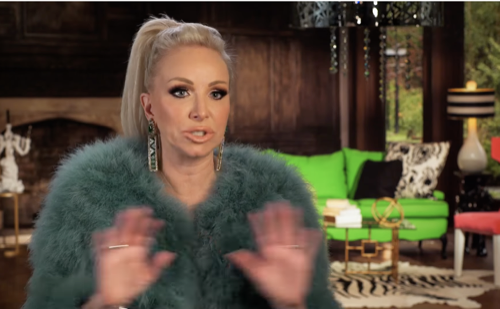 On Bravo TV tonight The Real Housewives Of New Jersey (RHONJ) airs with an all-new Wednesday, March 10, 2021, episode, and we have your RHONJ recap down below!  On tonight’s RHONJ Season 11 episode 4 called, “Redo and Rewind,” as per the Bravo synopsis, “Joe Gorga Tries to Defend Teresa Giudice But the Goldschneiders Are Not Having it! Evan Goldschneider opens up about how upset he is over these rumors.”

Tonight’s episode is going to be filled with more crazy housewife drama that you won’t want to miss, so be sure to tune in for our coverage of the show tonight at 8 PM – 9 PM ET! While you wait for our The Real Housewives of New Jersey recap head over, and check out all our news, spoilers, and more about the RHONJ!

In tonight’s RHONJ episode, The ladies are all in Lake George together. The ladies head out to sit by the lake. Dolores calls Dave. They are still not getting along. Lexi, Margret’s creative director, brings breakfast. Margaret calls her husband. He hasn’t started on their kitchen because he was drinking with the guys. Teresa calls Tony about his IG post. All of the girls are impressed with his body. They get into talking about Jackie and Evan. Teresa is not apologizing. Jennifer wishes she would stop.

The ladies get into their bathing suits and head down to the lake. Some of them kayak while the others lay out. Melissa sits on a swan, looking for her photo to be taken. Jen fears telling Melissa about her husband. They all get back together on the beach.

They talk about Tony. Teresa says Tony isn’t for her. She needs to find the right guy. Jen sees a guy down the lake and starts talking to him. The ladies giggle. He is too young. Jen asks Melissa to stay behind to talk when they head in for lunch. She tells Melissa how her husband never paid one of their mutual friends, a realtor name Michelle, money he owed. Melissa is instantly upset.

Melissa and Jen head in to eat. Teresa asks what they were talked about. The ladies tell Teresa about her brother. Teresa doesn’t get mad. Melissa gets annoyed by this. Melissa calls Joe. He tells her he doesn’t owe any money. She heads back to Teresa and tells her Joe did nothing wrong and she needs to defend her brother and not work with Michelle. Teresa tells her she will deal with it.

Jackie is home with the kids when Eric arrives. They sit down and talk. She hasn’t seen him since he contracted coronavirus. Meanwhile, at the lake, the ladies get ready for dinner by the lake. They have personal chefs brought in. They head outside and start with the wine. They talk about the pandemic and how hard it is to meet people. Margret shares how she got a book deal. She plans to talk about her past, sleeping with her boss, her career, and more.

The ladies circle back to talking about Jackie. Teresa just cannot stop being angry. Later after the ladies return home, Margret meets with Jackie. They talk about Teresa. Jackie gets mad when she feels like Margret is giving Teresa a pass. They talk about having a get-together to get past all of this.

Michelle shows up to take photos of Teresa’s house to sell it. Michelle walks the house, asking things to be moved. Teresa pulls Michelle aside. Teresa is feeling emotional and anxious. All of the memories. She brings up her brother. Michelle says Jen brought it all up. Teresa says she cannot list her house with her until the mess is cleaned up.

Everyone is getting ready to go to Jackie and Evans. Joe tells Melissa he is not dealing with it if they bash his sister. Later, they all arrive at a restaurant at a party of 10. Jackie apologizes and tries to make things right with Joe and Melissa. Joe defends Teresa saying she was trying to help Jackie.

Jackie is mad again. Joe tells them maybe that isn’t the truth. He is just trying to help. Everyone sits down to drink and eat. The cheating disaster keeps coming up. They then get into the trip. Everyone eats and drinks and then the subject comes back up. Jen cannot stop defending Teresa. Meanwhile, Joe is making jokes to Evan about bringing girls to their guy’s night. Jackie makes a toast and brings the whole thing up again.