The Young and The Restless Spoilers: Can Kyle Get To Summer Before Plane Takes Off? 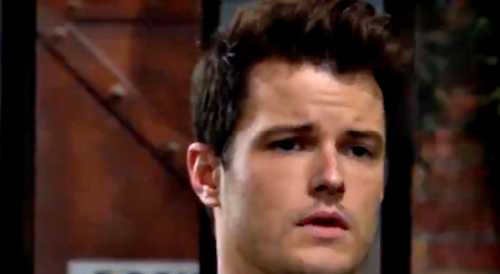 The Young and the Restless spoilers reveal that a new preview promo for the week of June 28 to July 2 shows Summer Newman (Hunter King) telling Kyle Abbott (Michael Mealor) that they are “done.” Summer claims that she’s going to live the life that she wants in Italy. However, Billy Abbott (Jason Thompson) tells Kyle that Summer’s on the plane, but she’s not gone until it takes off.

Y&R spoilers reveal that Tara Locke’s (Elizabeth Leiner) true colors are starting to come out. Fans never trusted her, especially when she ran straight to Kyle after Ashland Locke (Richard Burgi) kicked her to the curb.

In fact, there are some who think Ashland and Tara are working together to create as much misery and pain to the Abbott family as possible.

However, it is looking more like Ashland is just one of Tara’s victims. He seems to show a lot of love and affection to Harrison Locke (Kellen Enriquez). We don’t get that same feeling from Harrison’s alleged mother.

In fact, it was teased that Sally Spectra (Courtney Hope) would make a dangerous alliance. So, just how dangerous is Tara and how far will she go?

Tara told Summer that she needed to accept the job offer and move to Milan, Italy. If she doesn’t, then Kyle and Harrison will never see each other again. It’s hard to imagine a mother would play with her son’s emotions so cruelly. The three-year-old would be just as devastated as Kyle.

Tara tried solidifying the father/son bond by telling Harrison to call Kyle “daddy.” Even though Summer doesn’t want to lose the man she loves, she won’t rip apart a father and son.

The Young and the Restless spoilers reveal that a new promo shows Kyle talking to Billy about the situation. Kyle is heartbroken and even cries when begging Summer to stay. He’s also confused because he doesn’t know the real reason why he’s losing the love of his life.

Billy shares some words of wisdom that could change everything and save “Skyle.” Billy says that Summer might be on the plane, but she’s not gone until that plane takes off.

The Young And The Restless Spoilers: True Love Wins In The End

The look on Kyle’s face says it all. He will try to stop Summer from leaving. It is stated that on Monday, Kyle won’t back down. We also know that throughout the week, Sally gets surprising news. Then, Tara tries to “comfort” Kyle and remind him of how great they were together.

What we are thinking is that Kyle makes it to the airport and makes an emotional speech. She realizes that nothing will keep Kyle away and he could lose Harrison anyway. It’s possible that she tells the truth and they come up with a plan.

Kyle pretends that he’s heartbroken but will be paying close attention to how Tara responds. At some point, “Skyle” will catch Tara in the act.

However, we still worry about Tara being called “dangerous.” Ashland might have been genuinely trying to warn Jack Abbott (Peter Bergman). Maybe Ashland’s not the real monster in this story. If Tara truly is dangerous, then lives could be in danger… including Harrison’s.