BY Sean O'Brien on May 15, 2021 | Comments: Leave Comments
Related : Soap Opera, Spoiler, Television, The Young and the Restless 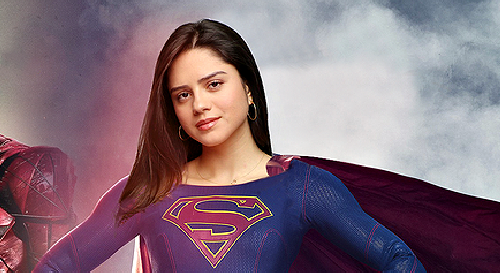 The Young and the Restless spoilers document that Lola Rosales’ (Sasha Calle) announcement that she’s going to Florida to be a guest chef fits with news that was announced about the actor who plays her earlier this year. Calle, who debuted on Y&R in 2018, has exited Y&R to play Supergirl in the big screen movie The Flash, which is currently filming.

Lola became the third member of the then newly created Rosales family to be seen in Genoa City, Wisconsin. Her brother, Arturo Rosales (Jason Canela) debuted in early 2018. Her other brother, Rey Rosales (Jordi Vilasuso), arrived a number of months later.

Calle’s run on Y&R has been solid. She embodies a likable character whose main storyline created a memorable business title, Living La Vida Lola, and the couple’s nickname Kola.

Young And The Restless Spoilers – In The Shadow Of Jabot

Kyle Abbott (Michael Mealor) was transfixed by Lola the moment he was in her presence. She was working in her food truck, which was in the shadow of the Jabot building.

Viewers were taken on an extended journey that appeared to be writing Kyle and Summer Newman (Hunter King) apart. Skyle’s on-again, off-again relationship was replaced by the sunshine that Lola projected into Kyle’s life.

The sudden end of Kola jolted invested audience members and eventually reaffirmed that Summer was the love of Kyle’s life. Yes, Lola was loved. But not as deeply.

Young And The Restless Spoilers – Lola Rosales’ Eye For Business

Lola is just another representation of American entrepreneurialism. She developed her God-given talent, created a business, and then made the most of the opportunities that developed as a result.

Was Lola’s rise from a one-person business owner to a well-heeled son’s wife somewhat soapy? Sure. But it wasn’t unbelievable, as personal appeal is something that benefits various people on the other side of the screen all across the world.

Lola made her own way after moving from Miami, Florida, to GC. Being in the right place at the right time is also fully believable.

Young And The Restless Spoilers – Seeing Daytime And The Real World

Calle and her character’s stories are generally comparable. The actor’s first credits were earned in 2017. A year later she was cast to be in one of the most iconic soap operas of all time. Three years later she becomes part of an epic movie franchise.

Lola joined her brothers in Wisconsin. Now, after becoming the head chef at Society and also leading The Grand Phoenix Hotel’s culinary efforts, she is being called to something bigger. Her acceptance of the opportunity to work with top-rated restaurants across Florida furthers Lola’s expanding career.

Here’s hoping the best for Lola and that fans see her again someday on Y&R. As for Calle, the sky isn’t the limit for the newest Supergirl.