BY Dorothy Gale on March 23, 2021 | Comments: Leave Comments
Related : Recap, Television, This Is Us, TV 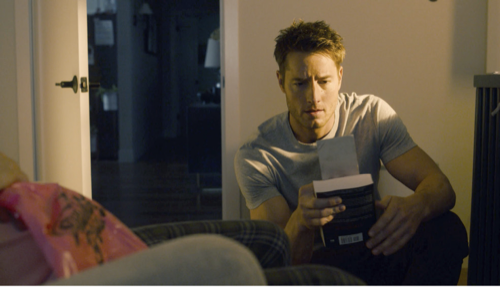 Tonight on NBC their honest & provocative dramedy series This Is Us with an all-new Tuesday, March 23, 2021, episode and we have you This Is Us recap below.  On tonight’s This Is Us season 5 episode 11 called, “One Small Step,” as per the NBC synopsis, “Kevin and Madison get an unexpected guest.”

In tonight’s This Is Us episode, we continue with the last episode where Kevin’s uncle knocked on his door and says, “let me get this straight, you only named on the baby after your favorite uncle.” Nicky is there to see his namesake and the girl. He got the invitation to the baptism, so he booked a flight.

This is also the first time he is seeing Madison. Nicky tells them that he has been vaccinated twice, he is tested all the time, he is safe. Kevin tells him that it is incredible that he is there. We see Nicky’s journey to get to Kevin’s house. We see him get vaccinated for his first dose, and he is surprised there is a second one. The nurse tells him that he has to wait for the second shot before he is fully protected.

We look back at Nicky when he was a young man with his father, and Jack walks in the door in a six-pack of beer, they watching the first man land on the moon. Jack asks his brother if he ever thought of moving out, he says no but he might be forced if he is drafted. And, their father is better with their mom when he is around. Jack tells him to get a girlfriend. Jack tells him that if a man can land on the moon, he can ask Sally out.

Nicky gets a call from one of his brothers from when he was in the service, he tells him that is having a get-together close to his house and Jack is going to be there, Nicky says that he hasn’t seen Jack in years. Then we see Nicky at the bet, he is taking care of a big dog named Pumpkin that needs a bath. Sally walks into the room and she takes off the outer layer of her dress and urges Pumpkin to go in, she does.

Afterward, she asks Nicky to go to Mt. Washington with her to look at the moon and he says no. Jack overhears and tries to set the two up, but Sally says she can do it on her own. Fast forward and Cassidy is driving Nicky to the airport, she tells him that someone in his family should have a heads up that he is on the way there but he doesn’t want to. In case he doesn’t make it, he doesn’t want to disappoint them.

At the airport, Nicky made the kids two hand painted snow globes. When going through security, a security guard tells him that she has to unwrap the present and see what is inside. She is a little rough and Nicky is getting upset. She pulls out the snow globes and tells him he can’t bring this much liquids on the plane. When Nicky goes to take the water out, he drops one them and it smashes, he throws It in the trash.

Sally is picking up Nicky for their ride to look at the moon. She invites him into her small van and there are pictures all over that she took, he says he sees her in them. Then they both stand outside and look at the moon, and he kisses her.

Back in the vet, the two can’t keep their hands off each other when they are working. In her van, they are making out and tell each other that they are in love.

We then see them at dinner, at home with his father, mother and Jack. After dinner, Nicky tells Jack that he sometimes has to pinch himself because he is so happy that he can’t believe it is real with Sally. We then see Sally and Nicky in the van, she tells him that she want to drive to San Francisco, and for him to go with her.

We then see Jack, he is in the legion with a friend and mentions that he wants to propose to someone. He told her that his brother died in the war, he could have told her the truth, but he never did. His friend tells him that this girl of his, she is his future not the past, lock up the memories of Vietnam and keep them in the past.

Nicky is about to leave with Sally, and he tells Jack who tells him to send him a postcard every now and then. Nicky says he is going to stick out like a sore thumb and Sally is going to eventually dump him.

Nicky is sitting along side his father, watching TV and he tells him when he was sitting with his father and Pearl Harbour got bombed. Now, he is setting there with his son watching three men come back home from the moon.

Sally is waiting for Nicky, an officer knocks on her door and tells her she has to move her van tomorrow, she has been parked there too long.

Nicky is getting out of his car, at the legion, he sees Jack with an engagement ring and doesn’t say anything.

Nicky apologizes to Madison for just showing up, but she tells him they are happy to have him there. Kevin tells him that he looks forward to him meeting the kids. And go to the dog park, they take the twins there in the morning. Nicky goes to bed and calls Cassidy, he tells her it was a mistake, he might sneak out why they are sleeping. Cassidy tells him to stay, they love him and what is he going to do, be alone in his trailer.

Nicky goes into the twins room, he bought them two of his favorite books that they can read when they are older. He tells them about the first man on the moon, and that he lived in a trailer by himself for fifty years. And, he got out, to come meet his great-nephew and great-niece, his big brother’s grandchildren. He admits that he has been stuck for a really long time. Everything good that seemed to happen to him, passed. He says they are both his moon. He tells them to call him uncle Nicky, no stupid nicknames. Kevin finds his uncle, sleeping in a chair, in the twins room. He finds the two books, his uncle put a photo of himself and Jack inside, Kevin smiles.