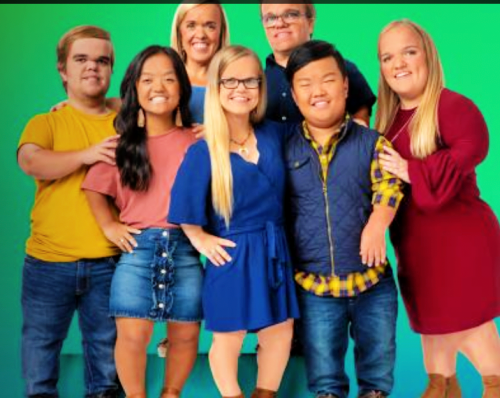 Tonight on TLC America’s largest known little family, 7 Little Johnstons returns with an all-new Tuesday, April 5, 2022, episode and we have your 7 Little Johnstons recap below. On tonight’s 7 Little Johnstons Season 11 Episode 4 “The Cranberry Massacre,” as per the TLC synopsis, “The Johnstons introduce their foreign exchange student, Joose, to some common Thanksgiving traditions — as well as a few traditions of their own. Liz and Anna look into becoming homeowners, and Liz thinks she and Brice are ready for the next step.”

In tonight’s 7 Little Johnstons episode, the family had a foreign exchange student living with them. His name is Joose. Joose was a great guy. He seemed nice and he couldn’t wait to learn. He wanted to know everything and he was interested in the American experience. He judged food on an one to ten basis. They took him to a festival and the most he was willing to give the food was an eight. But he didn’t like turkey. The family asked him to try it because he’s never had turkey and because Thanksgiving was coming up. They had hoped Joose would enjoy it. He didn’t. He could barely bring himself to swallow what little he got and he called the texture “gum”. He even called it turkey gum.

Which didn’t spell good news for Thanksgiving. The holiday was sorta a big one for turkey. The family was also keeping things intimate this year. They hadn’t wanted to overwhelm Joose. So, it was just going to be them and Joose and two of Liz’s friends. Not even significant others were getting an invite. Liz was going onto three years with Brice and still he didn’t get an invite. Neither did Jonah’s partner. The family was keeping small and what they lacked in attendance they were making up in activities. The family wanted to do a crazy event with them in turkey costumes. It was Amber’s idea. She wanted to make the day fun.

They do always play games after they eat. But this year included Joose. They wanted to include him in everything and so he also helped out with food preparation. Amber did the majority of the cooking. She and Liz were the experts. Anna not so much. Anna doesn’t even like cooking in her own kitchen because she said it wasn’t outfitted for her and she hated everything about it. She claimed she would cook more once she moves, but everyone knew that wasn’t happening and so Amber more relied on Liz for the big day and Liz let her down. Liz’s little friends were in town. She went out with them the night before Thanksgiving and they were out late.

Thus, the whole waking up early the next day to help with the food just wasn’t going to work. Liz was told to come at ten and by time she answered her phone at eleven-fifteen – she was just getting ready. Liz arrived late with her friends. She gave the excuse she normally gives in which she claimed she thought they were meeting up at a later time and how she’s the only one who hears this. Only the family still had a good time. Liz and her friends got to join them in eating a delicious meal and then they did the Amber thing. They dressed up in inflatable turkey costumes. They put on Santa hats and they played around.

The family filled up an inflatable pool with cranberry and apple sauce. They then wrestled each other two by two. They did this over their usual football game. Joose got into it. He wanted to go again after he lost to Anna. Trent and Amber wrestled each other. Trent naturally won because he was a pro-wrestler in school. They also had a free for all session when they all got into the inflatable pool to wrestle. It was just pure fun. Everyone had a good time and they didn’t even mind having to wash all that sauce off. Joose said he was glad to experience an American Thanksgiving, but the family told him that it was more Johnstons than American by that point.

Later, Anna and Liz spoke to mortgage brokers. They wanted to know what to expect when they finally buy houses and the brokers told them everything they needed to know. Like what would happen if Liz moves in with her boyfriend. It was going to be the credit score for them that gets judged for a mortgage. Anna was also told how much a mortgage would cost her if she were to buy a house at her current credit score. Both girls had plenty of questions. They wanted to know everything about buying a house and what they could do to better prepare themselves. And they did this without talking to their parents about it.

Both Anna and Liz realized that could ultimately buy a house now. But Anna wanted to wait a couple of years and so she was going to sign another lease. Liz however had wanted to buy a house in the next few months. She was ready to move in with her boyfriend. She knows her parents won’t fully approve because they’re a bit old-fashioned. Liz therefore alluded to buying a house with Brice. She didn’t come right out and say it. She just hinted at it. And Amber hadn’t liked the idea.

Amber didn’t want Liz to buy a house with Brice because she was worried about what would happen if it doesn’t work out and he’s still on the mortgage.