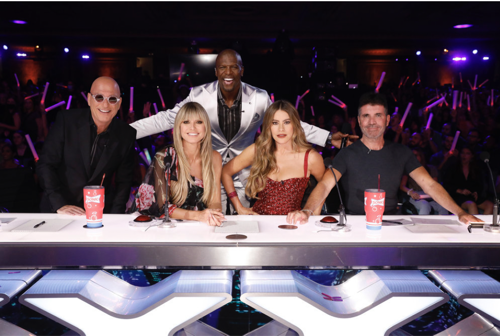 Tonight on NBC America’s Got Talent begins with an all-new Tuesday, September 13, 2022, episode and we have your America’s Got Talent recap below! On tonight’s AGT season 17 episode 21 “Finale – Winner Chosen″, as per the NBC synopsis, “The finalists perform one last time for America’s vote and the $1 million prize.”

Bookmark this spot and come back later for our America’s Got Talent recap from 8 PM – 9 PM ET! Refresh often so you get the most current info! While you wait for the episode head over and check out all our AGT spoilers, news, recaps & more!

It’s the Finale! The acts and the people behind them all had one shot at the prize. As there will only be one winner, the night was set to devastate many. The losers. There was no other word for them. They were bound to be losers known forever more for just missing out on the prize. But they gave tonight their all. Up first was Kristy Sellars. She comes from a small town in Australia. She was a mother. She was a gifted Pole Dancer who showed the incredible range that pole dancing entails. It wasn’t all just exotic dancers who mastered it. It was upper body strength, it was imagination, and a great amount of skill.

Kristy’s performance tonight was very moving. It was emotional. It managed to reach everyone and it even won a standing ovation from both the crowd as well as from the judges. Howie called her the one to beat tonight. Heidi said that it felt like they were diving into her dream. Sofia said she continues to up her ante each and every time she saw her onstage. Simon meanwhile was stumped at first. He said quite honestly that he didn’t know what to say because he had never seen anything like that before and he loved it. He called it incredible. He backed up Howie in saying she set a high bar.

It was such a hard act to follow. But Nicolas Ribs did it. He was a Magician. He’s French. His English is not all that great and so he has his daughter there to translate for him. She helps him with his interviews. She’s also there to act as emotional support. She cheers him on from the sidelines and she was doing so tonight as he performed. He converted a picture his daughter drew into feats of magic. It impressed. It impressed some of the judges. It just didn’t move Simon. Simon told Nicolas that tonight’s performance was a bit of a dud. He said he felt let down and yet he was the only one saying something like that.

Neither Heidi nor Howie felt that way. They called Nicolas’s acts of magic beautiful. They thought it was moving. They thought he was still in the competition as a serious contender by that point and so it was just Simon that felt Nicolas failed to live up to the Finale stage. Next up was Chapel Hart. They too were from a small town. They actually got their name from their small town. They were also a Country Singing Trio. They grew up singing in the chair and they’ve been impressing everyone for weeks now with their original songs. They don’t write love ballads. They instead write inspirational music.

They performed another original song tonight called “American Pride”. It was a great country song. It was about taking pride in the many things America was known for and it got a standing ovation from Simon. Simon was the music person. He said that the song would have sounded better as an acapella. He also said that it was a great tribute so soon after 9/11. He also noted that some of the vocals were off. He thought it might have been nerves. He wasn’t too sure. The other judges agreed with him. Howie said that their harmony was off. Sofia still gave them words of praise. And they weren’t that bad.

They just weren’t ready for the Finale. Next up was Mike E. Winfield. He was a funny guy. He was a Stand-Up Comedian. He makes humorous quips about his own life and family and it was just a laugh riot. He made the judges laugh. He made the audience laugh. Everyone gave him a standing ovation. They loved his look. They love his storytelling. He was sharp. He was funny. Howie told Mike that he came out like a superstar and that no matter the outcome tonight for Mike – he was still going to be a known name in the industry. Everyone thought he was relatable. Sofia was so moved that she asked Mike if he wanted to be her friend and he told her that he couldn’t wait to hang out.

Also, Mike is from Baltimore, Maryland. He’s East Coast and if he does win tonight – his fans can track him down on that Coast and find where he’s performing. Next up was metaphysics. They were an Artificial Intelligence act from Belgium and Australia. The duo even had Simon singing at one point. There was no telling what they would bring to the Finale until they performed. Then they revealed their act was all about Elvis. Elvis opened with his rendition of “Hound Dog”. He looked just like he did when he was actually performing back in the day. He switched to “You’re the Devil in Disguise”. And that’s when a version of Simon appeared to sing a duet with Elvis.

Heidi and Sofia were backup singers for the two. It was a very fun performance. The judges enjoyed it. The crowd enjoyed it. It was amazing technology and it’s great that it can be used to bring back the King. It was also great to introduce people to the many artists that sadly passed away in their prime. The judges all told the group they enjoyed the performance. They were happy to give them a standing ovation. Next up was Mayyas. They were a dance group from Lebanon. It was comprised of all young women who dream of learning dance professionally and who were restricted back in their home country because dancing was frowned upon.

But they got to come to AGT. They got to dance and show a bit of their culture. They also got to move the audience with their heartfelt performance tonight. Simon said there was a buzz about the group that went beyond just the show. He felt they would have opportunities even if they didn’t win and so he was hoping for the best for them. Mayyas was great. The other judges all thought so. Heidi gave them an “A +”. Howie said this was his favorite act ever on AGT. He also said this performance was great for women and women’s empowerment. Next up was Avery Dixon. Avery was a Saxophonist.

Avery was from Atlanta, Georgia. He’s been bullied relentlessly and yet he found his peace in music. He was happy with that saxophone. He didn’t see how he was talented and it actually was his mom who signed him up for AGT. Avery didn’t pursue this himself. He didn’t think he was talented enough for the show and his Golden Buzzer helped to prove to him that he was talented and that he deserved to be on the show. Avery gave a stellar performance tonight. He always knows the perfect song to play. He always knows how to energize the crowd and he won praise with his performance tonight.

Next up was the Wildcard. Celia Munoz almost got sent home in the last round and she was saved by the Wildcard. Celia was known for her brand of Singing Ventriloquist. She was from Spain. This woman proved that she could sing at the same she was chewing food. She was also really funny. She did Comedy on top of the singing. She made everyone laugh with her act. She pretended to be a psychic with a ghost pal. She was a laugh riot. It was funny. It was a step up from her last performance. But was his Finale worthy? That own wasn’t too clear. After Celia, there was Sara James.

Sara was from Poland. She was a Singer. She came to the United States to make it in the music industry and she had been hoping to run into some celebrities while she was there, but she’s failed to spot them so far, and then the opportunity with AGT came along. Sara has a wonderful voice It was one of a kind. She also rearranges popular music to an alternative tone. She did so with “Running Up That Hill” by Kate Bush tonight. Her arrangement was very moving. It was one of a kind. Sara sounded unique and familiar at the same time. Everybody loved her rendition. They gave her a standing ovation and they also told her how great she saw.

Simon called the performance flawless. It was a great performance and it was hard to beat. Next up was Yu Hojin. He was a Magician. He was from South Korea. He managed to squeeze a whole set of magic into three minutes. It was wonderful to watch. Hojin is a stellar magician. He even managed to convince Simon that giving him a “no” in the previous round had been a mistake on his part. As for the last performance of the night, that went to Drake Milligan. He was a Singer & Guitarist. He was from Texas. His previous performances went so well that he was number one on music downloads.

Drake came out tonight with another hit. He got the crowd on their feet and clapped along to his music. If they weren’t Country music fans before, they were now. Drake gave a great performance. The judges were awarding him such praise afterward that they began running out of time. So, it was just Simon that mostly got to talk and Simon had confessed that he loved every minute of Drake’s performance.