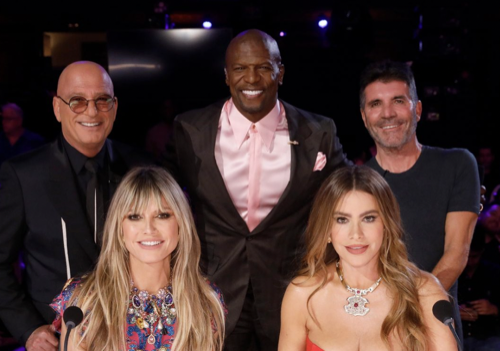 Tonight on NBC America’s Got Talent begins with an all-new Wednesday, September 14, 2022, season finale episode and we have your America’s Got Talent recap below! On tonight’s AGT season 17 episode 22 “Finale Results – Winner Chosen″, as per the NBC synopsis, “The Season 17 winner is revealed.”

Bookmark this spot and come back later for our America’s Got Talent recap from 9 PM – 11 PM ET! Refresh often so you get the most current info! While you wait for the episode head over and check out all our AGT spoilers, news, recaps & more!

Tonight’s episode begins with a performance by the Black Eyed Peas. Terry Crews keeps the energy going with superstars Light Balance, the Ukrainian LED dancer troupe who appeared in the 12th season of AGT, they got the golden buzzer from host Tyra Banks.

Chapel Hart is on stage next performing, “Something To Talk About,” when Darius Rucker joins them on stage.

Mike E. Winfield is next on stage and he performs a roast of Simon Cowell. Don McMillan returns to the stage and he has another PowerPoint for Simon and he brings the house down. Mr. Pants is next, then Lace Larrabee. The Roastmaster General himself, Jeff Ross is next.

Celia Munoz is next, she sings “Somewhere Over The Rainbow” while brushing her teeth. Darci Lynne Farmer joins her on stage who won AGT season 12, and Terry Fator who won season 2 of AGT.

Kristy Sellars and The Mayyas perform next.

Avery Dickson and Trombone Shorty are the next act who perform together. When they finish performing, Trombone says he would love to have Avery join him on tour sometime.

It’s time for results, as usual, they will start with who made it to the top five.

Nicolas RIBS and Metaphysic step forward. The act taking the next spot in the top five is Metaphysic.

America voted, and the act that finished in fifth place and leaving the competition is Chapel Hart.

The act in fourth place is Metaphysic.

The act in third place and leaving the competition is Drake Milligan.

The winner of one million dollars and the headlining show in Las Vegas is the Mayyas.