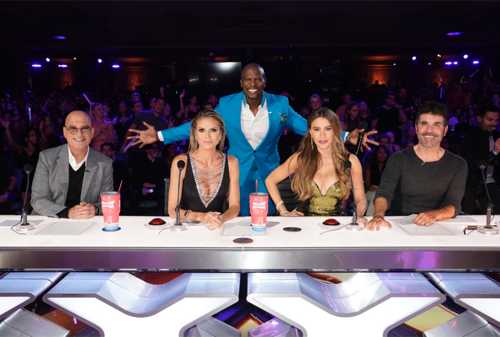 Tonight on NBC America’s Got Talent begins with an all-new Wednesday, August 30, 2022, episode and we have your America’s Got Talent recap below! On tonight’s AGT season 17 episode 17 “Qualifiers 4″, as per the NBC synopsis, “Eleven performers take the stage live from the Pasadena Civic Auditorium as judging is turned over to the viewing audience to vote their favorite performers into the final round. Viewers can vote by using the “AGT” Official App or going to NBC.com.”

The first act is from New Zealand and he is Bayley Graham, a 22-year-old tap dancer. He is on AGT to make his dreams a reality. Generally, he is a quiet person, but the music starts, he is not.

Judges Comments: Simon: “I really like you. I love that you come a long way. I thought tonight was slightly underwhelming, what it lacked is a spectacular ending and your staircase was too small.” Howie: “I agree with what Heidi said but this stage is lucky to have you. You made it so easy and I know the skill set.” Sophia: “I think there is nothing old-fashioned about your tap dancing.” Heidi: “I really like this, you have great charisma and showmanship. Any stage would be glad to have you.”

Acapop Kids are a group of kids from all over the country. Their dream is to do stuff like this every night. They are an acapella group from ages 12 to 18, and they will be singing another original about not being afraid of being who you are.

Judges Comments: Simon: “The great part about the audition was, once you got buzzed, you were better. It wasn’t a great song. And, I don’t like that someone styled you. Your raw talent is unbelievable. Wear your own clothes, and have fun.” Howie: “You harmonized nice and you have nice voices but I felt like I was at a school assembly. I did not do great in school and I didn’t do great with that act, it was not at the level of AGT.” Sophia: “I personally liked your audition more than tonight.” Heidi: “I don’t agree with Howie, I feel like you create a beautiful sound together. I like the message for young people out there.”

Jannick Holste is 19 years old from Germany, he started dancing when he was six years old and magic when he was nine years old. He is a magician and dancer. His dream is to win the show and write a song with Heidi.

Judges Comments: Simon: “You are like a cream cake, your magic is the cake and your dancing is the cream. There was way too much cream in the cake. You need more magic. You are very talented and charismatic, the dancing was horrible.” Howie: “Simon, you have to lean into it. This is the cheesiest and most fun magic act I have ever seen.” Sophia: “I enjoy it, you are great.” Heidi: “You are everything, I love you so much. I had the best time of my life.”

Lee Collinson is from South Hampton, England, he is a singer and got a standing ovation in his audition and Simon called his mom with him. Tonight he singing “Flowers” by Spencer Smith.

Simon: “I really like and your voice but this I didn’t like. I understand the sentiment, but I don’t think it was the right key for you. You overthought the song choice and I don’t think you got it right.” Howie: “I don’t disagree with Simon, you have the tool. You have to stand out and that song had no range. The song was boring, not you.” Sophia: “We were rooting for you, but this was a little disappointing because of the song.” Heidi: “I think your voice is sweet and pure, it was different.”

Ventriloquist Jack Williams is next and this is only the second time that he has performed in front of a live audience. He says he is going to do some better than his audition. Having his own residency in Las Vegas is his dream.

Judges Comments: Simon: “I liked your audition, I loved tonight. I was clever, the way you staged it, people love this kind of act and the best act tonight by a mile.” Howie: “You are very good and it is hard to believe this is new to you. It didn’t blow me away. But I think you are really good.” Sophia: “I thought you were great, it was challenging, a lot of fun.” Heidi: “I am happy you did voices of Simon and Obama.”

Judges Comments: Simon: “This is a weird one to judge, it is the best act of the series. Howie: “It is like illegal and el-stupido. We should mention, that the fact that you used my own voice is amazing and you had guts.” Sophia: “I think it is scary and fascinating at the same time.” Heidi: “Epic moment. Beautiful singing, the opera was missing. Then you swapped the faces, epic.”

From London, England, The Lazy Generation is next and they are a group of professional idiots. There is genuine danger.

Judges Comments: Simon: “I thought that was beautiful. Normally when an act does something courageous like you did, I would say you have balls. I thought it was a step up, it is different, you risked your life and I thought it was funny. Howie: “I can only say, nuts.” Sophia: “I buzzed because I don’t like unnecessary pain. This is not something I ever want to see again.” Heidi: “I don’t know if we should be encouraging this, but everyone was looking.”

Merissa Beddows has been creating characters and voices since she was a child. After she auditioned, things blew up for her, People magazine, and the Today show. She thinks she would thrive in Vegas,

Judges Comments: Simon: “I think you are super talented, but your personality didn’t come out.” Howie: “My issue is I didn’t know everyone you were doing in your act.” Sophia: “I think your voices are so spectacular and so spot on, I just wish you had created a little story within.” Heidi: “I liked you and you are a woman of many talents.”

Harper is ten years old and she is a metal singer.

Judges Comments: Simon: “Loved that performance. I love things people are going to talk about, it was a great song choice. I prefer you to someone boring and obvious.” Howie: “I know that you are going to get another twenty million views online. I think there is an audience for this.” Sophia: “I really think what is disturbing is all that comes out of your little body. It was great, it was amazing.” Heidi: ‘Deaf metal is not my personal kind of music but it is fascinating watching you.

Next, is a comedian, Mike E. Winfield and when he writes his jokes they are all true. Two years ago he lost his mom to cancer but when he does comedy he sees her there cheering him on.

Judges Comments: Simon: “This has been a strange evening and you bring star quality. I think America is going to put you through to the finals.” Howie: “I know comedy and this is spectacular. If you don’t go through on September 9th I am in NY, you come to open up for me.” Sophia: “I hope people vote for you, you were amazing, you have so much charisma.” Heidi: “No comedian has made it to the finale, maybe it will be you.”

The last act tonight is Heidi’s golden buzzer, Lily Meola. She had a record deal then her mother got cancer and turned her life upside down. After that, she questioned if she should still be doing music. She is singing a song she wrote a few weeks ago called, “butterfly.”

Judges Comments: Simon: “It is always risky doing your own song, 100% you made the right decision. I think this song was way better than the one at the audition.” Howie: “You have a beautiful voice but it didn’t blow the roof off the place.” Sophia: “It is very emotional every time you are on stage, I congratulate you for writing that.” Heidi: “I am so proud of you. You have the most beautiful voice and you are incredible.”