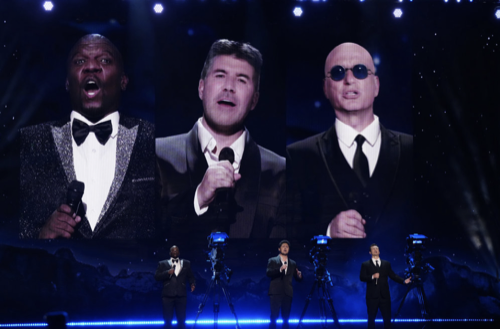 Tonight on NBC America’s Got Talent begins with an all-new Wednesday, August 31, 2022, episode and we have your America’s Got Talent recap below! On tonight’s AGT season 17 episode 18 “Qualifiers 4 Results″, as per the NBC synopsis, “Two acts from the previous night’s show will move on to the final round of competition.

Bookmark this spot and come back later for our America’s Got Talent recap from 8 PM – 9 PM ET! Refresh often so you get the most current info! While you wait for the episode head over and check out all our AGT spoilers, news, recaps & more!

Tonight’s episode of America’s Got Talent opens up with Riverdance which consists of mainly traditional Irish music and dance, they are celebrating their 25th anniversary.

Terry Crews gives us a look back at some of the most exciting moments from last night’s performances.

If your favorite act doesn’t make it through to the final, next week there will be a chance to save them. Next week the judges will each put forward a wild card act and viewers at home will put through one as an instant save.

Acapop Kids and Metaphysics are called up next. A judge favorite last night, Metaphysic is going forward.

Lily Meola and Jannick Holste are called to the front of the stage. The next act still in it is Lily Meola.

Piff the Magic Dragon appears on stage and Mr. Piffles solves a Rubik’s cube vs Howie, man vs. beast.

The top five are on stage and now, they will find out more results.

The two acts moving to the finals are Metaphysic and Mike E. Winfield.