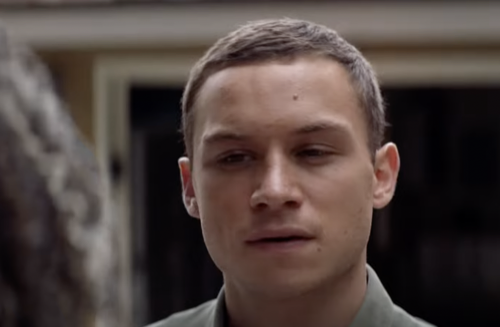 Tonight on TNT Animal Kingdom returns with an all-new Sunday, June 26, 2021 episode and we have your Animal Kingdom recap below. On tonight’s Animal Kingdom season 6 episode 4 called, “Inside Man” as per the TNT synopsis, “J gets to know the new attorney while Craig scouts a potential new job. Deran hangs out with a guy from out of town. Pope helps a kid at the skate park. In 1992, Baz visits Andrew’s Church.”

Tonight’s Animal Kingdom episode begins with Pope working on his board when J walks by and he asks him how much they are going to get for this Eddie Pham job. J says it is tough to know, Pope says he needs 50k for his part, for his skate park. J tells him to make it a non profit and they can start pushing money through it.

Craig is waking up when someone is pounding on the door. He gets dressed and answers it, it is Vince, he was heading to the shop and just wanted to see how he was doing. Brittany comes out of the house and says hi to Vince. Vince tells Craig that his buddy is selling his place, wanted to know if he wanted to go with him and check it out. Vince then invites him to a poker game later.

Smurf goes in the room and finds that Baz saved a computer for Julia and she is not happy about it. Baz says that he will pay her back. She is not in a good mood, she says that Marie and Lorenzo got cold feet.

Thompson is looking at a file that has a photo of Pope, she thinks he was the last person to see Catherine alive, Lena told her that Pope was there.

Back to young Pope, he gets home after church and Smurf asks him how it was. She asks him if it is a girl, someone he likes there, he says no. She tells him not to go back there, they will just make him hate himself and she loves him to much. She kisses him on the lips.

Present day, Pope is at the skate park when his brothers show up. They talk about Eddie Pham, Craig gets frustrated and leaves. J tells Pope that he should get insurance, if anything happens to him it happens to them.

Later, Craig shows up at Eddie Pham’s place as Mr. Smith, dressed to the nines and shows up driven in a fancy car. He looks around at the jewellery in cases and Eddie shows up, Craig introduces himself as Caleb Smith. Craig says lets make it happen he has cash. Eddie continues telling him about the process, and insulting his brother, J was right.

J tells Deran that they should open a trust fund and invest their money, Deran prefers to just put it in the storage locker.

Craig pretends to go to the restroom and instead goes up some stairs that are barred to guests. Upstairs there are keypads on all the doors and Eddie catches him, he says he was looking for the restroom. Eddie tells him that he can’t see the cameras but they are there just like the floor sensors. Eddie escorts him to the door and sends him packing.

Pope goes back to see the priest and he joins a study group, he tells them that sometimes he has bad thoughts. Someone is at the door, it is Baz, he says he is there to pick up his brother. Pope is furious with Baz, he tells him that he doesn’t want him there. Baz says he just did it to get Smurf off his butt for giving Julia a computer.

Craig returns to the brothers and says there is total lockdown there, no way to get in, it is a no go. And, he did see that Eddie treats the brother like dog crap, he is done, he tells them to find another job. J wants to talk to the brother, he thinks that is the way in.

Craig is at Vince’s poker game when Deran shows up and wants to talk outside. Deran tells him he was supposed to be at the gym. They are planning a job and he is playing poker with a bunch of random bikers. Craig says Vince is his sponsor. Deran says he could be a cop, Craig says he is not sloppy like him. Deran tells him that he doesn’t recognize him anymore. When Vince comes out to check on Craig he tells him that Deran was just leaving.

Smurf is making cookies, she got a lead on a job and she wants all of them to do it. There is a thousand bucks in it for all of them. It’s a house, God’s house, the rectory. Baz already scoped it out, it has silver crosses and everything and they need the money. Pope runs out of the house. Julia walks away and says it is bullshit. Later Julia goes to see Pope and says they don’t have to do it, they can all say no to Smurf.

The poker game is over, Vince tells Craig that his brother looked upset, Craig says he can handle him. Craig thanks him for the game.

Deran is with J, he tells him that he thinks the trust is a good idea. Arthur shows up, he bumps a smoke off Deran, he is in. Arthur gives them more intel, but he tells them if they are going to do this, they have to do it off-site. He tells him about a party coming up, he can tell them when and where, they could get about 750k. J offers Arthur 25%.

Deran is at a bar with the guy he is having sex with and he lures him outside where another guy wants to beat him up because he is gay. Deran beats up the guy until he passes out.

Pope is at the skate park when they guy who beat up the guys with the skate board the day before shows up, they talk and Pope tells him that if he wants work to come back tomorrow. Little does Pope know, the guy is reluctantly working for Thompson.