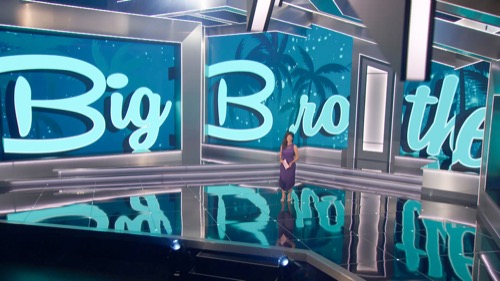 Tonight on CBS Big Brother airs with an all-new Thursday, July 28, 2022, season 24 episode 10 and we have your Big Brother recap below! In tonight’s Big Brother season 24 episode 10 is called, “Live Eviction and HoH,” as per the CBS synopsis, “Tonight on BB24 we have another live eviction, and if things go as they seem we will see a huge blindside!  Will Ameerah be sent home?  Time will tell…Following the live eviction, we will see another Head of Household competition. ”

In tonight’s Big Brother episode Terrance says he is going home, he wants Ameerah to stay in the game instead of him.

Ameerah is going to speak to whoever she can to get information. She needs six votes to stay, she is working hard to get them. The Leftovers need to watch their game this week, if Ameerah smells anything they are screwed.

Nicole has a heart-to-heart with Terrance, she says since he is clearly going home she wanted to tell him a secret, she was a cop for ten years. Nicole tells Turner she is sad that Terrance is going. Nicole leaves the room and Turner tells Terrance that he is safe. Terrance shakes his hand and says his word is his bond! Did Turner just make a big mistake?

Julie addressed the house, she tells Terrance that since he is all alone, he can have more than one bestie. So, he can join a bestie group. But if the Besties win HOH he is safe for the week. If they don’t, then he is not safe. Terrance joins Monte and Joseph, the three are playing the game together.

This HOH competition is based on Sony’s new movie The Invitation. If you want to compete for the HOH you need to first find an invitation. On Julie’s go, 1500 envelopes will be raining down, their job is to open them until they find a red invitation. The first to find it and claim a spot on the porch will be moving on. That means four of them will not be moving on.