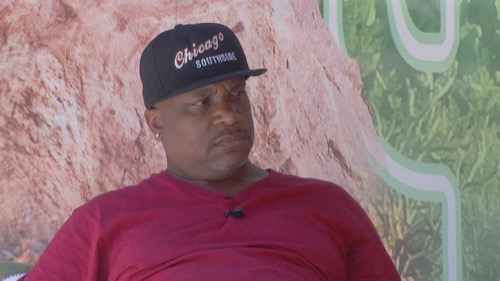 Tonight on CBS Big Brother airs with an all-new Thursday, August 25, 2022, season 24 episode 22 episode and we have your Big Brother recap below! In tonight’s Big Brother season 24 episode 23 called, “Double Eviction and HoH” as per the CBS synopsis, “Tonight on BB24 there is another Power of Veto competition and by the end of the evening this week’s nominations will be set.  This week on Big Brother we will have a double eviction.”

Tonight’s Big Brother episode begins with day 51 inside and outside of the Big Brother house. BroChella’s plan is to evict Jasmine and stay loyal to the Leftovers. Meanwhile, Jasmine thinks she may have a winning chance to stay in the house. Monte is ok to be on the block, he knows the plan, to get rid of Jasmine. Jasmine says if she has to fake limp her way all the way to $750,000 dollars, then she will do it. Michael is getting stressed out with not knowing what is going on outside the house.

Time for the inside, BroChella, live vote and eviction. Monte gives a shout-out to his family and says he is honest. Jasmine thanks her husband and family, she says if they want to continue to enjoy chicken wings they should vote to keep her. Taylor is first and she votes to evict Jasmine, and Brittany votes to evict Jasmine. It’s official, with a vote of 2-0 Jasmine is evicted from the BB house.

Julie speaks with Jasmine, she says she isn’t completely shocked but she did think that Monte was a bigger threat than her. She says she feels most betrayed by Alyssa. Jasmine thinks Joseph will be evicted over at DyreFest because he hasn’t won anything yet.

Over at DyreFest, Terrance may have taken Turner off the block and replaced him with Kyle, but he still plans to get rid of Joseph to break up the Bromance between him and Monte who calls themselves MoJo, and he believes to be stronger than any showmance. Joseph is desperate, he tells Terrance that the Leftovers were 100% Kyle and then he threw them under the bus, so it is only a matter of time before he does it to him as well.

Joseph gets called to the DR room and it gives the four a chance to bond Turner says they are the final four, and they call themselves the Afterparty.

Joseph tries to save himself and reveal all of the dirty Kyle has done, but it doesn’t work in his favor.

Time for the live vote and eviction for DyreFest. Turner is the first one to cast his vote and he votes for Joseph. Alyssa is next, she chooses to evict Joseph. It’s official, with a vote of 2-0 Joseph is evicted from the Big Brother house.

Joseph is with Julie and he tells her that his bromance was more concerning than the showmance in the house. Julie asks him if there will be a romance between him and Taylor, and he smiles.

The houseguests reunite, but really don’t say too much about the evictions.