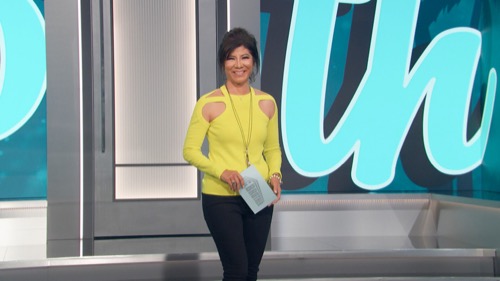 Tonight’s episode begins with the continuation of the HOH competition. Brittney knows this is one of the biggest HOHs for their game and they both need to push hard so one of them wins. Taylor uses the strategy of doing the puzzle on the grass first. Turner is watching and he sees Michael just run away with the competition and a feeling of dread is going over him, this is pretty bad for his game. Taylor looks over and sees Michael doing well and is thankful that she is aligned with him. Michael does it, he wins the HOH, and this is his third for the summer. He looks around and there are not a lot of happy faces. Taylor calls him a comp king. Monte says he didn’t have a chance in hell of winning, but he still feels safe with Michael winning.

In the pantry room Michael and Brittney hug. If this were any other week, Turner would be his target, but he made a promise not to send him home. As a superfan, he always says put your game first, but this time he has to put his promise first. Brittney is floored, she knows that Michael wins a lot, but she is still over the moon that he won. Taylor is happy as well, she believes she is safe. She was hoping she would win so she could take a shot at Michael, but she is sure her time will come.

Turner is frustrated, another week where he can’t get Michael out, and hopes they have a competition where Michael can’t win.

Alyssa tells Taylor that voting out Kyle was the hardest thing she has to do. She asks Taylor if she thinks she is the only one who voted out their showmance. She tells Taylor she needed space.

Terrance says he is going to fight, Monte tells him that they have to win every Veto and he prays that Michael is going to slip.

Zingbot is back to roast the house.

Turner knows that for his game, he needs to target Michael or Brittany to get out of the house. Meanwhile, Taylor tries to strategize with Brittany. They talk about taking out Michael, and Brittany warns her not to take him out early. Brittany wants Taylor to think she would take her to the final two, but she has no plans for that, she is taking Michael, he is her do or die.

Brittany does a one-on-one Hypno session with Alyssa, she did it to get a deep trust with her.

Michael wants to use his HOH to get something information about the house so he sits down with Terrance. Michael knows the smart thing is to get rid of Turner, but he is not willing to lose the respect of everyone in the house. Terrance says he is trying to fit in the space that is now the house after Dyre Fest. Michael thinks that Terrance is telling him a version of the truth, but not everything. Nobody has confirmed to Michael that he was a backdoor target last week, but he is sure if he didn’t win Veto, he would be in the jury house now. Terrance is telling him a lot without telling him anything at all.

Since Terrance didn’t tell Michael anything, he sits down with Alyssa who tells him that she is now a free agent and feels like she can finally play the game. She asks him if he can keep a secret. Before Kyle left he gave her information about another alliance called the Pound, it was Monte, Joseph, Kyle, and Turner. They had a final four. She is trying to show him that she can give him information and work with him. Michael kind of knew already, he just didn’t know the name, and half the members are gone already, so her information is useless.

Time for the nomination ceremony. As HOH Michael has to nominate two houseguests for eviction. He chooses to nominate Terrance and Alyssa.