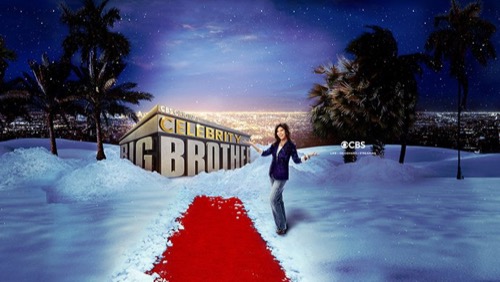 In tonight’s Celebrity Big Brother episode, tonight eleven celebrities have agreed to be cut off from the outside world and locked away inside the Big Brother house. No phones, no agents and no glam squad. There will be 94 cameras and 113 microphones recording their ever move. These athletes, actors and award winners have been competing their whole lives but they’ve never been in a competition like this for.

Host Julie Chen Moonves welcomes BB fans the third installment of Celebrity Big Brother. All the celebrities are out of their element and all hope that they are going to walk out with the grand prize of a quarter million dollars. Even though BB fans know who the celebrities are that are going to be in the house, they don’t know who they are going to be competing against. Because of COVID, they will be moving into the house one at a time. Carson Kressley is first , he says he is fashionably early.

He says he is not a villain yet, and in the BB house he is going to be like Martha Stewart and thinks the house looks like Barbie’s dream chalet. Cynthia Bailey is next, she says she is the “classy” housewife. She is worried that maybe nobody will pick her to be in an alliance, but if she can survive the housewives, she knows she will survive in the house. Next, is Chris Kirkpatrick, he is most famous for being in the group NSYNC. He still plays a lot and has solo projects. His wife and he love Big Brother and he is excited to be on the show.

Shanna Moakler enter the house, she says she has had some pretty amazing TMZ moments because of her previous breakups. Todd Bridges is next and he is called tv royalty. He says he played a big brother, so he will be right at home. Mirai Nagasu is best known for landing the triple axle, the first woman to do so. She hopes what she learned about competing will help her in the Big Brother house. Chris is a super fan of the show, but he is not telling anyone. Chris Kattan walks in, Todd is so excited, he loves how funny Chris is. Chris admits that he is not the best player, his intention is to go in with open arms, he is likeable and people are entertained by him.

There are still another four left to enter the house; Todrick Hall enter the house and most people know him from the internet, but he is also a Broadway star. He is another super fan, he plans to have a social game. He can’t cook, but he loves to stir the pot. Miesha Tate is next, not everyone recognizes her but Chris is a huge MMA fan and he recognizes her. Her nickname is cupcake, she retired for five years, but now she is back with a vengeance.

More housewives in the house, Teddi Mellencamp arrives in the house, she is famous for Real Housewives and for being John Mellencamp’s daughter. One more person, Lamar Odom walks in, Carson tells him there is only one long bed. Lamar is known for marrying Khloe Kardarshian, and for being a famous basketball player. He already won two LA championships and he is on Big Brother to win his third.

Chris asks Lamar if he is nine feet ten. The houseguests toast to each other over champagne. Todd says, “let the war begin.” One of the funniest moments, Teddi asks Chris Kattan what her name is, he says “Cruella,” and then runs. Lamar doesn’t know the game that well, but he is a good team mate, he wants to know if he gets a trophy if he wins this. Carson has walked with a lot of the houseguests and wants to form a girls and gays alliance.

Julie calls everyone to the living room. She tells them that one of them will be crowned winner of Celebrity Big Brother and take home the quarter of a million dollars. The game is being played on overdrive. Beginning tonight, one of them will win HOH and this person will be safe from eviction during his/her reign, and they must nominate two people for eviction. Two celebrities will be on the chopping block and one will go home. This will happen twice per week until there is only one celebrity remaining. To kick things off, they have a star studded gala in the backyard, everyone has to change into their formal wear and head outside.

The houseguests go outside dressed up in these outlandish outfits. When Todrick sits down, he notices a bunch of straps, buckles and champagne. This is the Winter BB Gala, and this one can’t begin until they choose a master of ceremony, but that person who volunteers cannot compete to be the HOH. Todd volunteers, he looks up at the straps and buckles and doesn’t want to do it. The straps with the champagne bottles are to hold on to, the buckles are to put their feet in, it is like swings and if they fall, they are disqualified.

Chris Kattan is the first one down after about a minute. Cynthia is down. It begins to snow and Lamara is losing his grip. Buckets of caviar gets dumped on the celebrities and more are going down. Next crackers gets thrown on them. Carson throws the competition and falls, he doesn’t want to come off as a show off. It is down to Mirai, Teddi, Miesha and Todrick when Todd cues the confetti. Mirai is down. Carson is kissing up to everyone left, just in case. Todrick is about to go down, but first he tries to make a deal with Miesha who promises not to put him up. Teddi tries to make a deal, but Miesha won’t do it, she likes Todrick but it is too soon in the game for her to make deals. Teddi falls, Miesha is the first HOH.

Julie congratulates Miesha and announces that there is another power up for grabs this week. She won’t tell them what it is, but it is in the gala gift box sitting on a table. That gift will be a blessing to one and a curse to another.