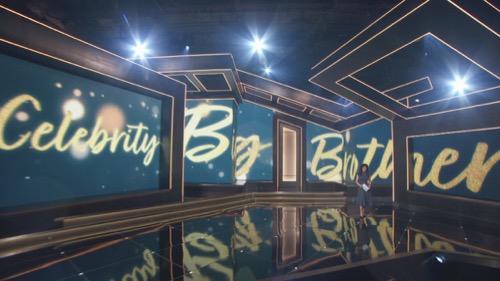 Tonight on CBS Celebrity Big Brother US 2022 airs with an all-new Friday, February 9, 2022, episode and we have your Celebrity Big Brother US  2022 recap below! On tonights CBBUS3 season 3 episode 6 called, “HoH and Nominations,” as per the CBS synopsis, “Tonight on Big Brother we have another Head of Household competition and a new HoH will be named.  Following the competition the new HoH will nominate two people for eviction.”

Tonight’s Celebrity Big Brother episode begins with Mirai leaving the house and Chris is shocked that he wasn’t the one to leave. Shanna tells everyone that it was her little girl dream come true when she won the Veto. Time for the HOH competiton, everyone meets in the living room and Kato Kaelin, actor and television personality, invites them to a hot tub party.

The houseguests go outside in the back yard that is turned into a winter wonderland, there is a hot tub and ski lift. They are all dressed in sky clothes, but they can’t go in the hot tub with clothes on, so they are going to have to take it off. Tis competition takes place on the ski lift where their goal is to quickly strip down to their swim suit then take a dip in the hot tub.

After the competition Chris Ka. goes inside because he doesn’t feel well. The scores are: Todrick 6:54, Chris Ka. maxed out, Todd 48:36, Cynthia 70:46. Miesha 5:50, Shanna 23:48, Lamar 22:46, Carson 10:30. Miesha is the next HOH, again. And Miesha is telling everyone that Carson is the biggest threat in the house. Todrick is a little sad that it is not him, but he is happy that it is his girl and final two. Shanna knows that Miesha is a competition beast and it is very challenging to her to just smile and wave. Carson says that he and his peeps need to figure out what to do to save themselves. Although, Chris Ka. wants to go home, so maybe Miesha will give him his request and let both Carson and Cynthia slide by another week.

Chris Ka. asks Miesha who she is putting up and she tells him not him. Cynthia overhears and tells Carson that if this is the case, she is probably going to go for the two of the. Meanwhile, Todrick and Miesha are close and Todrick wants to see Chris Ki. go. The house is definitely divided, but Miesha and her minions are controlling the game right now.

Time for the HOH nominations. No surprise, Miesha nominates Carson and Cynthia. She tells Carson that he is a lovely human being and wants to continue their friendship outside the house. And, she tells Cynthia that she is a beautiful person but their ideas have not aligned in the house. Chris Ka. looks confused. Carson says that he is honored that he was nominated. Todrick thinks Chris Ki. is a bigger target, that is hiding right under Miesha’s nose.