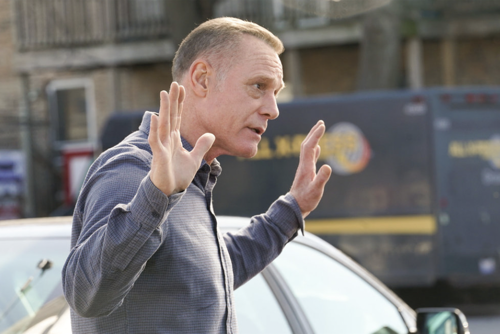 Tonight on NBC their drama Chicago PD returns with an all-new Wednesday, May 25, 2022, season 9 episode 22 finale called, “You and Me,” and we have your Chicago PD recap below. In tonight’s Chicago PD season 9 episode 22 called, “You and Me,” as per the NBC synopsis, “Finale — After an explosion rocks the case, the team scrambles to finally take down Escano as everyone nears their breaking point.”

Somehow Escano found out what the police were planning. He set them up. They moved on a shipment they thought was drugs and it was in fact a bomb that the driver set off to kill the cops following him. Luckily, the bomb didn’t kill anyone. Halstead and Upton were fine. They were knocked out for a minute and Upton got a cut to her face. Other than that they were fine. They were going to recover and many of Escano’s victims never get that chance. Voight moved to get Anna off the street after he find out about the bomb. He was worried for her safety and so he wanted to get her to a safe place. And he sent patrol cars to pick up her kid.

Anna was mostly concerned about her son, Rafa. Voight promised her that her son would be safe. He reassured them that he was going to keep them both safe. Voight took Anna to the station. He had her talk to ASA. It was determined that she unfortunately didn’t have enough evidence to connect Escano to the drug trade or the cartels. Anna never got concrete proof. The ASA, therefore, didn’t want to get a warrant against Escano and she was all for dropping the case when Voight threatened her. Voight told the ASA that he could either ruin her career or she could get him the warrant he needed to hit Escano’s stash houses.

Voight got his warrant. They moved on to Escano’s businesses. They found all the money from the drug trade and they were getting evidence of Escano’s crimes, but they also found Escano. He had been found stabbed and bleeding to death on the floor. His attacker also stabbed him in the privates. Voight didn’t need to be told once he saw that who attacked Escano. Escano even said Anna stabbed him. He later died from his wounds and so what he said was a dying confession. Voight immediately moved to claim the scene. He told his people to handle the case of the books and he in turn tried to reach Anna.

Anna wasn’t answering her phone. The police outside of her safe house had also claimed that she left without their knowledge. Which wasn’t going to help her case. She killed someone. Voight had promised to protect her and so he was trying to cover up what she did. He ignored the dying declaration. He went to Anna’s house. He cleaned it up and got rid of any blood he saw. He also made excuses for his team. His team all said that Anna is a credible threat. She was probably the one that killed Escano. Voight argued with them about how he got Anna and that they should continue working on the case.

At one point, the ASA he treated from earlier had come in wondering why he was not focusing on a murder. She wanted him to make the case to end Los Treminos. She wanted to be the prosecutor that took down a cartel-connected gang. She wanted to make her career because that’s what Voight promised her after he threatened her to give him the warrant he wanted. But then they heard that the car the killer was using had been spotted. Voight ditched the ASA and he went looking for Anna. He couldn’t find her. The car had been dumped. There was just so much mounting evidence that Anna killed Escano that it was hard to bury.

Upton took Voight to the side. She told him that evidence against Anna was mounting. She told him to walk away and he just couldn’t. It also didn’t help that Halstead wanted to help Voight out of this mess. He wanted Anna to come in. He wanted Anna to claim that it was self-defense. She only killed Escano because Escano tried to attack her. Voight didn’t think anyone would buy that story because Anna had tried to castrate Escano. Voight also thought it wasn’t going to work what with Anna going directly to Escano. Anna was receiving protection from the police when she left that protection and she hunted down Escano.

Sure, they later found evidence of Escano’s connection to the cartels. They were closing down stash houses and cleaning up the drugs. Voight’s team was making all the big arrests. He was missing it because he was looking for Anna and he eventually found her. He found her. He was going to let her go when she got into a car accident. The other car called the police. Voight tried to intervene. He tried telling Anna that she has to come in now and she pulled a gun. Voight tried talking to her. He was going to convince her to put the gun down when she got spooked by something at the scene and it scared her. She shot him. She didn’t mean to shoot him.

But Upton witnessed the shooting. She then in turn shot Anna. Voight was shot to his shoulder and so he was able to move towards Anna and he held her hand. He kept holding her hand even as they were transported in an ambulance. And he continued to hold her hand after she died.

There was nothing that Voight could do for Anna, but with her gone and the way she went out, it was going to lead to people asking about Voight. And what he knew.