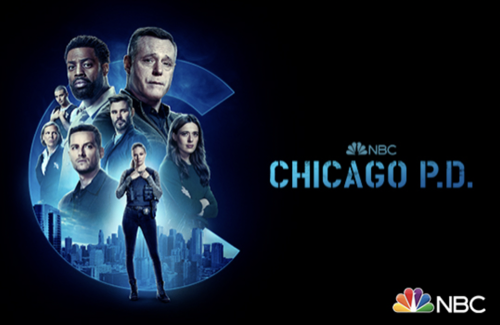 Tonight on NBC their drama Chicago PD returns with an all-new Wednesday, September 21, 2022, season 10 episode 1 premiere called, “Let It Bleed,” and we have your Chicago PD recap below. In tonight’s Chicago PD season 10 episode 1 called, “Let It Bleed,” as per the NBC synopsis, “Still reeling from the death of his informant Anna, Voight faces a new threat as he tries to keep the neighborhood clean. New wrinkles develop in the Upton, Halstead and Voight dynamic. The team gets a new chief.”

In tonight’s Chicago PD episode, Voight lost an informant. Anna was actually more than an informant. She was more like a surrogate daughter and Voight had wanted to save her, but he couldn’t. She went too far. She killed someone. She later pulled a gun on Voight when he tried to stop her fleeing town. Voight could have chosen to shot her in self-defense. He chose not to. It was actually Upton who shot Anna and sadly Anna died form her injuries. She may be dead only Voight wasn’t done honoring her memory. Voight was doing everything possible to keep any other gang activity out of her neighborhood. He even had the local dealers scared of him.

Yet, in spite of this, someone has indeed taken over from Los Tosmetos. Voight took down the gang in a drug bust and his new chief wanted the unit for cleaning up the streets of Chicago. There was a huge award ceremony. The unit showed. The boss showed. Voight was the only one who missed it. Voight went back to policing that neighborhood. He showed up every couple of days. He asked around. He made sure no drugs were being pushed and he missed the award ceremony because he found out that was someone was indeed moving in on that territory. Voight found some drugs. He asked the local dealers about them. They all said there was no new gang in the area.

Something Voight knew wasn’t true. He got confirmation of that when he spotted a five year old boy overdosing. He rushed the boy to the hospital and sadly the boy later died. The boy’s name was Luca Munoz. He was recently given back to his drug addict parents. His parents’ car was still in the neighborhood when Voight returned. Voight knocked on some doors. He got some answers about a local injection site. He went there with one of his detectives. They found Luca’s parents. They were strung out and they hadn’t wanted to admit where they got their drugs from. Drugs they left lying around their child by the way.

The parents weren’t talking. There were other drug addicts there and they at least were talking. They pointed Voight to where the drug dealer could be found. Voight brough in the rest of his unit. They did surveillance and they eventually identified the newest drug dealer in Little Village. He goes by nickname Madman Enzo. He was known by that because he reportedly lost his mind after he lost his family. Madman Enzo suspected every white drug addict of being an informant. He goes as far as attacking these people when they get too close to him. He may be a drug dealer, but he was a bad drug dealer.

He roughed up his clientele. His drugs were also that of an inferior quality. Madman Enzo was a horrible drug dealer and he only has clients because he was the only one selling in that neighborhood. Everyone else was afraid of Voight. Voight saw Madman Enzo hanging out with former drug dealer and he brought his old friend in for questioning. It turns out the guy wasn’t as afraid of Voight as he pretended to be. He knew about drugs in the area. He didn’t tell Voight because he was working with Madman Enzo. And so Voight’s unit caught the guy in the act and they made him a deal.

If he agreed to turn on Madman Enzo, the guy would officially become a criminal informant. He was even going to be paid twenty grand for doing so. The guy agreed and Voight got a new C.I. The unit also brought in rookie cop Dante Torres. Torres was going to pretend to be a new buyer with the informant making the introductions. It started off rocky. It got better as it went along. Madman Enzo wanted to drive somewhere with both men. Voight agreed to it. The guys went to a house and Madman Enzo lost his cool. He started going off on the men. A gun was pulled. It became a free for all before Enzo escaped in the confusion.

The unit went looking for Madman Enzo. They later caught up to him and it was a gun battle before Voight found an opening. And took the shot. He shot and killed Madman Enzo and that was that. Voight kept the neighborhood clean for one more day. But he couldn’t keep doing this forever. He was going to burn himself out. Hell, he was going to burn Halstead out as well. Halstead was his second in command and he was always ready to do what he can to help Voight only Voight’s one man mission was taking a toll on all of them. Voight needed to write off Little Village. It was the only way for him to stay sane.

The new chief knew why Voight missed the award ceremony. He therefore decided to help Voight by signing on a financial settlement for Anna’s son. Anna’s son will now get half a million dollars. It won’t bring back his mother, but it will insure his future.