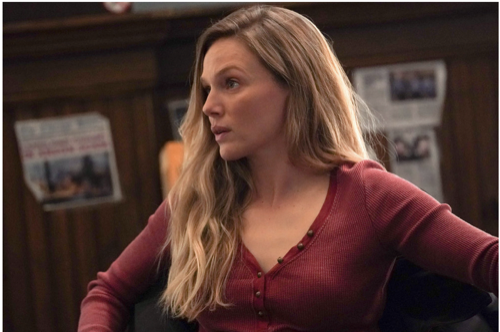 Tonight on NBC their drama Chicago PD returns with an all-new Wednesday, April 6, 2022, season 9 episode 17 called, “Adrift,” and we have your Chicago PD recap below. In tonight’s Chicago PD season 9 episode 17 called, “Adrift,” as per the NBC synopsis, “Ruzek’s search for the daughter of an old family friend leads the team into a serious drug investigation. Burgess and Ruzek struggle to move on from the emotional aftermath of Makayla’s abduction.”

In tonight’s Chicago PD episode, Makayla was doing well. She was seeing a therapist for the trauma she suffered after getting kidnapped. She now has to set things by schedule to keep her focused and that was hard on Ruzek. Ruzek was having a hard time adjusting to the schedule. It doesn’t help that Burgess wasn’t keeping in the loop and the two of them were often fighting. Ruzek got so upset one time that he went to his local bar to play poker with his buddies. He was there when an old teacher of his came looking for him. Ruzek’s high school English teacher had wanted his help. The man’s daughter was missing and he wanted Ruzek’s help in tracking her down. Oliva was a drug addict. She dropped out of college and she hasn’t shown up or shown her face in months.

The family feared the worst. They’ve already checked morgues. They needed Ruzek to see if her body was elsewhere and so Ruzek agreed to look for the girl. He first pulled up any parking tickets. He thought at first that she hadn’t moved her car in months. Not since she dropped out, but Platt pointed out to him that the tickets were on the opposite sides of the same street and so Olivia has been going back to the college. Ruzek went there. He went alone, at night, and without a word to his boss. He went there because he thought he was helping out his teacher. And instead, he came upon a scene of several overdoses.

Ruzek called for help. He tried to perform life-saving CPR and it failed. He also found Olivia. Olivia was a drug dealer. She was selling to people at the college. She was therefore responsible for the overdose. She could be charged for that and Narcotics already had an open file on her. Ruzek had to call Voight. Voight came in. He took over the case from Narcotics and then he had Ruzek flip Olivia. Olivia was told she could forcibly go through detox in jail or help them get her supplier. Ruzek didn’t explicitly say she could do drugs. He just said that she could have personal time on the outside.

Olivia agreed to work for Intelligence. She was going to introduce Ruzek to her supplier. First, Ruzek had to get a fake cell phone as well as a fake driver’s ID. He also was outfitted with a camera. Olivia did her job by later arranging a meeting. Ruzek went with her to meet this “D” fella. D used Olivia to test the product. She got high as a kite. She punched his bathroom mirror. Ruzek had to hide that part from his camera and he was tempted to call it. Only he didn’t. He tried to make the deal. He tried to get D on camera selling drugs and once again Olivia ruined the plan. She was just too much of a trainwreck to function.

Olivia also refused to leave with him. She wanted to keep doing drugs and so Ruzek was forced to leave her behind. He gave D his number. D later called him. He asked Adam to come to his house. Adam called it in and his backup weren’t fast enough to see what happened next. Adam was taken to a second location. D had Adam’s cell phone. D brought both Adam and Olivia to a warehouse. He had Olivia tie up Adam. He then forced Adam to do drugs to prove he wasn’t a cop. D even almost killed Olivia in the process and so Adam was forced to do drugs. He snorted a line. It cleared him with D and so they made a deal.

D later left both Adam and Olivia alone at the warehouse. They couldn’t call 911 because it would bring heat to the area and it would ruin the op. But Adam started to OD. He was so worried that he told Olivia he had narcane in his truck. Olivia went to go grab it. While she was doing so, she accidentally unearthed his police vest. D saw it. He grabbed his gun and tried to kill Olivia. They fought over the gun. She got shot. If the police hadn’t come in because of the sound on Adam’s camera, they would never have found them in time and saved them from D. Ruzek was given the narcane.

Olivia was rushed to the hospital. She survived the ordeal and this might finally be the thing that saves her. She might finally stop the drugs now. Only, Ruzek later tried to talk Burgess into a better custody arrangement but she said that Makayla has been doing better right now and so they didn’t want to change anything. And so the little girl was going to stay at Burgess’s place.

Ruzek just has to deal with that and he did so by returning to his empty apartment.