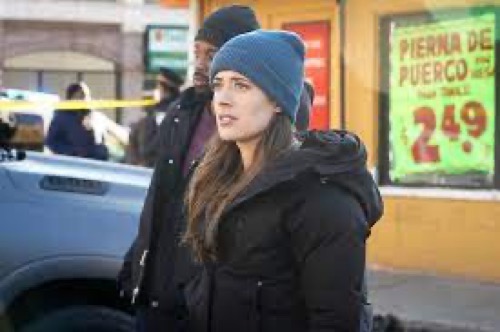 Tonight on NBC their drama Chicago PD returns with an all-new Wednesday, April 13, 2022, season 9 episode 18 called, “New Guard,” and we have your Chicago PD recap below. In tonight’s Chicago PD season 9 episode 18 called, “New Guard,” as per the NBC synopsis, “Halstead takes a new recruit under his wing during an investigation. The dynamics are challenging, however, and questions arise over the recruit’s complicated past.”

Detective Halstead offered to help some of the new recruits at the academy. The Chicago Police Department has had to relax standards since the new initiatives we’re taking effect. The old guard was retiring and they needed to replace those people fast and so now they didn’t do credit searches or even much of a background check. New recruits just have to be twenty-one. But the academy was also trying this new thing. They wanted to weed out the stayers from the ones doing this for a thrill. They were pairing up the recruits with a detective to give them some first-hand experience out on the street and Halstead offered to help them here.

He was doing it as a favor for Platt. Only, he was still helping. Halstead was going to be showing a recruit the ropes and he got PPO Dante Torres. Torres stayed in the back. He didn’t talk much. He more or less nods his head and goes along with everything. He was either make a great cop or a psycho. Platt’s words. Halstead still gave Torres the benefit of the doubt and he took Torres on a ride-along. It wasn’t long before they heard about an armed robbery in their area. The officers responded to the crime and they noticed that the shooter was also injured. He was going to be limping out. And so that’s how they found him.

They found Alex Sanchez limping several blocks from the robbery. He matched the description and he was injured. Halstead and Torres followed him. Sanchez saw that they were following him. He opened fire. They fired back. Halstead told Torres to stay back while he handled this and Torres ignored him. He helped Halstead capture Sanchez. Which Halstead hadn’t liked. Halstead said that when he gives an order it’s an order and not a request. Torres nodded his head in agreement. Torres got to sit in and even participate in Sanchez’s interview. He was told the rules about what they could and couldn’t say in there beforehand and yet he managed to create his own script.

Torres noticed that in Sanchez’s file that Sanchez wasn’t sticking to a normal pattern. He then patted down Torres and once he came across a bruised rib he figured out what happened. Sanchez got jumped out of his gang. He no longer has protection. Especially not in prison. Sanchez was going to need protective custody and the police could grant him that. Torres was able to get Sanchez to flip on his supplier. The team figured out who this man was. They worked with Torres to capture and arrest him without anyone else knowing. The supplier as it turns out had nothing to do with the robbery of high-profile weapons from another state. He just got it from someone.

The supplier told them where they got the weapons from. The team went to go get those items and by the time they arrived the weapons were gone. It seems whoever was behind the guns had moved them out at least two hours before the police raided the place. Some suspected that they had an inside man. That’s when the Chief of the Police Academy came to Voight’s team. He told them that they had suspicions about Torres. They suspected that he was a plant by a gang to get someone on the inside of the police department. It would at least explain how the bad guys got the tip-off. The academy had been warned about a plant from months ago.

Torres was merely one of fifteen suspects. Voight felt his team should have been informed before that moment only there was nothing he could do to change it. Voight and his team began suspecting Torres of being a spy. It wasn’t helped by the fact that Torres didn’t talk about his private life. He was pretty closed-mouth. Torres did admit he comes from a certain neighborhood. It wasn’t on his forms and so Halstead followed him home. He sat to watch on the house. Torres spotted him and later confronted him about the lack of trust. Halstead said he did so because Torres had a juvie record and could be a spy.

The team had wanted to test Torres. They made him go to a meeting with the arms dealer in charge of the guns and it turns out Torres knew him. Torres went to juvie for putting his stepfather in a coma. The arms dealer was in fact friends with the stepfather that’s now in a wheelchair. Torres’s cover was blown. The other guy pulled his gun. And so Torres was forced to shoot and kill him.

But the suspicions didn’t go away. They were going to follow Torres for a while and so Torres explained his past. He went to juvie for putting his stepfather in a coma. The man recover. He’s now in a wheelchair. The guy was beating up Torres’s mother and Torres called the cops several times and he never got a response. And that’s when he talk things in his own hands and he took down his stepfather.