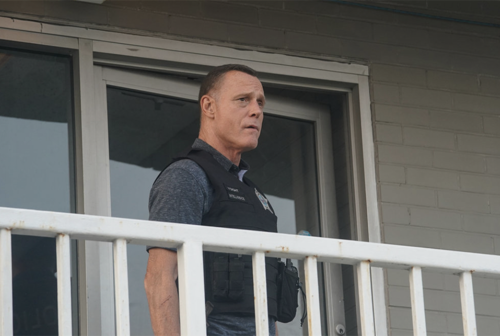 Tonight on NBC their drama Chicago PD returns with an all-new Wednesday, September 28, 2022, season 10 episode 2 called, “The Real You,” and we have your Chicago PD recap below. In tonight’s Chicago PD season 10 episode 2 called, “The Real You,” as per the NBC synopsis, “When a convicted murderer hijacks a prison van, the team scrambles to find him and the abducted prison guard before it’s too late. Burgess questions Ruzek’s motives in a case, creating tension between the two.”

In tonight’s Chicago PD episode, Detective Adam Ruzek was involved in a trial. He was testifying against a defendant from one of his old cases. The case was five years old. The guy’s name was Dale Wilken. Wilken went to prison for murdering a couple of years ago and he was asking for his sentence to be vacated because he claimed Ruzek illegally planted a gun on him. The gun did belong to Wilken. He did kill that couple. But he said he usually kept the gun in his closet and that Ruzek didn’t have a warrant when he found it in that closet. Wilken as well as his lawyer were claiming that Ruzek pulled off an illegal search. And that he planted the gun in full view as a means of arresting Wilken.

The only evidence that Wilken’s lawyer had to justify that was the testimony of two people he knew claiming he always kept his gun in the closet. He had no other evidence. His lawyer couldn’t break Ruzek on the stand. Ruzek stood by his story of finding the gun in full view. He said that Wilken was high on PCP. Which was true. Wilken was high on drugs when he was arrested and so there’s no telling what his mindset was that day. He was just stirring trouble by trying to claim Ruzek lied. He had no real evidence to back it up. He couldn’t even call on any expert witness. The judge tossed out his claim.

Wilken was told he would be staying in prison. He had a public meltdown in court and he shouted at Ruzek that he was a “liar”. Plus, he claimed he was innocent. It seems the man believed that someone took his gun and murdered a couple and put the gun back in the closet where Ruzek found it. He was that delusional. Or he was pretending to be. Not that Ruzek understood why he would such at first and so it wasn’t until Wilken escaped from a guard and took off with another guard in the transport vehicle that things began making sense. Wilken never wanted his sentence to be vacated. He just used the trial as a way of convincing his guard girlfriend that he was being unjustly prisoned.

The guard he ran off with was named Tianna. Tianna ignored the fact that Wilken shot her guard partner and that he hadn’t cared about hurting someone else. She also made ignored his drug addiction. By the time they caught up with Tiana, she was surrounded by PCP bottles. Ruzek reminded her that Wilken is an addict. She told him that he wasn’t. She said that he only needed the drugs because he got shot in the fight with the other guard and that he needed something for the pain. Tianna was the delusional one. Wilken only pretended to be. He’s been using Tianna for months and she was the perfect patsy.

Tianna’s husband left her a couple of years ago. She got so depressed that she stole drugs from the prison and intentionally overdosed. She tried to kill herself. She was saved by the doctors there. She went on leave and she came back after she was reportedly feeling better. It was around then that she began her relationship with Wilken. She counseled him in private sessions. They were pretending to learn about God all the while sleeping together and now she believes God told her that Wilken deserves to be free. She called Wilken a “righteous man”. She refused to help the police when they caught up with her.

They had to go ask local drug dealers where to score PCP because they knew Wilken would need some more what with his addiction. They found out people scored at an abandoned mall in the area and so the police went there. They almost ran into Wilken, but he shot a kid and hijacked the mother’s car. The kid later died from her injuries. Ruzek tried to tell Tianna this and she wouldn’t believe him. She thought he made the whole thing up. She said cops lie all the time. She even believed the blood he was covered in was fake. She refused to believe her righteous man would kill a child to get his own way.

It wasn’t until they showed her the love letters that Wilken was writing towards other women from prison that Tiana came around to the truth. She saw the letters in Wilken’s handwriting and she couldn’t deny the truth any longer. He was telling those women the same thing he’d always tell her. How she was home to him. Tianna confessed that their plan was to get supplies from his longtime friend and drive down to Florida. She said the friend went by the nickname “Hawk”. He also lived in Norridge. The police eventually identified the guy and they went to his apartment. They didn’t have a warrant and so Burgess got lucky when she saw a gun in open view.

Ruzek had thought that could be anything. He didn’t want to risk it. Burgess ignored him and so she went barging into the guy’s house and she arrested Hawk for a parole violation. They also found evidence that Wilken had been there. His buddy admitted that he drove Wilken to the bus depot. The police went to the depot and they planned on arresting Wilken, but he fired at them and so Burgess was forced to kill him. Afterward, Burgess felt so bad about doubting Ruzek earlier that she agreed she and Michaela could move in with him. And she apologized for doubting him when it came to Wilken’s own gun from five years ago.

And Halstead was so busy cleaning up after Voight after a late night at the bar that he was pushing his own relationship with Upton to the side.