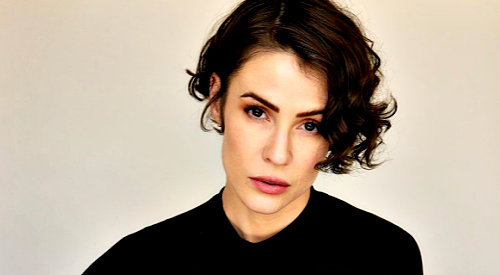 DOOL fans know both Xander and Abigail are invested in making sure Sarah is found safe and sound.

Abigail promised Maggie Kiriakis (Suzanne Rogers) she’d do whatever she could to locate Sarah, so that’s a promise she intends to keep. Sarah is family, so Abigail wants to step up and do her part to help.

As for Xander, part of him will always love Sarah despite moving on with Gwen Rizczech (Emily O’Brien).

If there’s a chance that Sarah is in trouble, Xander certainly wants to come to her rescue.

After Xander and Abigail nail down this DiMera pilot as their best source of information, Days spoilers say they’ll put him through an intense grilling session.

However, this guy may not be super forthcoming since Kristen is the kind of gal who could kill him for his disloyalty.

When you’re dealing with the most devious of DiMeras, that’s always a risk! Nevertheless, Abigail will have a hunch that she’s on the right track and will continue putting the puzzle pieces together.

Kate Roberts (Lauren Koslow) will prove to be a secret weapon for Abigail, who’ll likely get updates on how Kristen impersonated Kate and planned to drop her off on Stefano DiMera’s (Joseph Mascolo) deserted island.

Since Kate has always been rather wrapped up in the DiMera world through marriages and schemes, she may be able to point Abigail in the direction of that island.

Whatever the case, Days spoilers say the big picture will start coming together for Abigail.

It looks like Abigail will figure out the facts of Sarah’s abduction, but things are about to get messy all over again!

There’s a good chance Ava Vitali (Tamara Braun) is going to create complications by posing as Sarah next, so there could be some confusion – especially if Kristen DiMera (Stacy Haiduk) lies following her upcoming capture.

Bottom line, this Sarah storyline isn’t wrapping up just yet. There’ll be some game-changing twists, so don’t miss what’s in store.

Days of Our Lives spoilers say Sarah will be reunited with her loved ones in Salem eventually, but another mask impersonation plot should get in the way first!

CDL’s where you want to be for terrific Days of Our Lives spoilers, updates and news, so make us your go-to DOOL source.