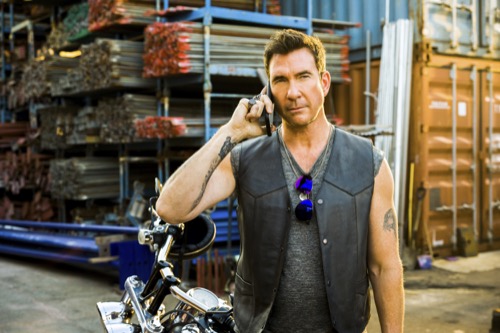 Also, Barnes struggles with Remy’s leadership style upon her return from maternity leave, and Remy and his sister plan for their mother’s care.”

In tonight’s FBI Most Wanted episode, a couple of guys robbed a family. They stole something from the family’s that was hidden in suitcases. One killed the whole family and the other simply acted as a getaway driver. But the FBI got called because local police found out what was in those suitcases. There were guns in there. Brad and Louann Cameron bought up several guns in Georgia in spite of Brad’s arms conviction from New York. They even got help from one of Louann’s sisters, Darlene. Darlene and Louann would dress slutty. They would buy up guns as well as ammo in Georgia with their Georgia IDs. And then give the guns to Brad.

Brad planned on selling the guns back in New York. Apparently, such weapons are like gold there. It turns out the I-95 was known as the “Iron Pipeline” because so many people bought weapons down south where it was legal without a background check and then sold such weapons up in the north. But sadly Brad wasn’t the only one with that idea. The men that robbed them had the same idea. Walker Hawley and Donte Coulson were college kids. They belonged to the same fraternity. They watched Louann and her sister buy up the guns. They then followed the sisters to the nearby motel and that’s where they robbed the family.

Again, it was just the one guy that killed the family. Walker even killed the two kids. He later claimed to his partner that he had to do it because they saw his face and yet that could have been avoidable by wearing a mask. He chose not to hide his face. He always planned on killing that family. He wanted their guns that badly. Walker had made a deal with someone back in Pennsylvania. He was going to sell the guns they stole there. Walker seemed to be the mastermind behind everything. Donte hadn’t wanted to kill anyone. He only went along with it because he was getaway driver and he knew he’d already be culpable in the crime.

Only Walker took things a little too far for Donte. They were driving to Pennsylvania when Donte’s uncle called him. Donte answered the phone and that’s when he learned that the FBI had identified him. Supervisory Special Agent Remy Scott was with Donte’s uncle. They wanted Donte to turn himself in and Donte would have done it if Walker hadn’t grabbed his phone. Walker threw the phone out of the window. He also said they had to take the backroads to Pennsylvania. As they were traveling, they stopped for a gas break. They ran into a cop and Walker then shot and killed the cop. And that’s the moment Donte realized he had to get out.

Donte tried to run off. Walker saw him and shot him. He also left Donte to die as he continued his trip up north. But Dante wasn’t dead. He survived the gunshot. He called for help. He was found and he was reunited with his uncle. Donte told the authorities everything he knew about Walker. He also told them how it was Walker doing all the shooting. Donte was just in it for the money. It was Walker that seemed to take enjoyment from the kill. Walker was the problem and he needed to be stopped. Scott and his fugitive apprehension team split up to find Walker. Scott joined the newly return Barnes and Hana in searching through Walker’s things.

Walker has a motorcycle. Donte mentioned that Walker was meeting up with a motorcycle buddy and so the team searched Walker’s possession until they got a store information on the bike parts. They eventually found it. It was located in Jersey City. A short skip to Philly. The team needed information on that bike shop and so Scott went in undercover. Barnes hadn’t liked that plan. She tried to talk her boss out of it. But Scott had to remind her that he wasn’t LaCroix. LaCroix died. Scott was now in charge and they’ll be doing things his way. Not anyone else’s. Scott went in undercover.

Scott pretended to be a biker ready to make a gun deal. Things didn’t go as plan. Scott met up with Walker’s friend and then got robbed by the gun. But Scott got him back by planting a bug on the guy’s motorcycle. The team were then able to track down the biker as well as Walker. Walker was shot and killed once he refused to give up to the authorities. The biker was still alive. He answered some questions. It turns out he wanted guns from Walker because he had a seller. The seller was a bereaved father. The poor man lost a child in a school shooting and he wanted a gun because he wanted to make a point.

Joshua Fogaman wanted to show the gun lobbyists why their platforms were so dangerous. He wanted to instill fear in them as much as they had to children attending school in America. And he made that lobbyists post a picture of his dead daughter.

Fogaman gave himself up after he got what he wanted and was promptly arrested. Meanwhile, Scott was able to visit his mother at her new care home. It was getting too dangerous to care for her on their own and so the care home was the perfect place for her.