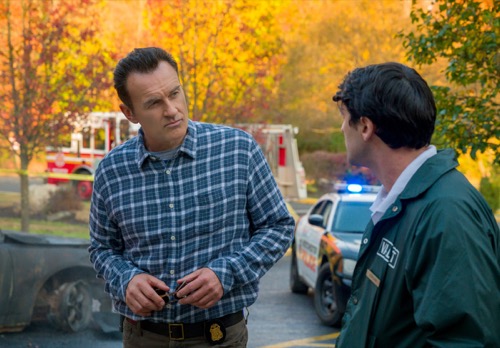 In tonights FBI Most Wanted episode, someone walked into Mapleton Casino to firebomb one of the dealers. He set her on fire with a device similar to a Molotov and that was created with napalm. He also used another device to set one of the security guards on fire. He grabbed that guy’s gun and he shot to death another guard. But he guy got away. He didn’t try to hide his face from the cameras. He was identified as Binh Dao. He was originally from Vietnam and he immigrated with his mom after the war there. His mom remarried after a couple of years. His stepdad helped raised Binh and he and his wife were confused about why their son had suddenly become a killer.

Binh was a former Marine. He received a general discharge and he doesn’t have a record or anything in his military file to explain why he did what he did. Binh also wasn’t quite done. He went on to kill an elderly woman. The woman was the mother of one of his grade school friends and she helped him get a job after he was released from the military. She also helped his mother get a job. It didn’t make sense why Binh would kill her, but what his family and friends said about it was different to what Binh’s squad said about him. They said that Binh never fit in. He was short and Asian. He also had a chip on his shoulder.

Binh told his girlfriend that his best friend in the Marines had died in his arms overseas. The truth is that his friend died during a routine exercise and that he hadn’t been wearing his vest. If he had, he’d still be alive. Binh’s friend was named Elkot. LaCroix had his people look into the circumstances surrounding Elkot’s death and in the meanwhile they started to put the pieces of this mystery together. Binh was bullied as a child. He joined the Marines as soon as he could. He went on to be bullied there as well and once he was released he got a job that he hated. Binh was taking revenge on everyone he felt had wronged him. Even if it was just in his own mind.

Binh also stopped by his parents’ house. He pulled a gun on his dad and he would have killed him if his mom hadn’t stepped in. She called the police in spite of her husband telling her not to. Binh ran off before he could be arrested. His parents were later questioned. Ken said he didn’t know why his son wanted him dead and Thuy had no idea why her son pulled a gun on a man who raised him. But Ken revealed something. Ken said that Binh confessed to him that he killed Elkot on purpose and so he made it out like Binh wanted to hide his shame. And that Binh didn’t want his mother to know he killed his fellow Marine in revenge for the bullying.

Only that wasn’t the truth. LaCroix figured out Ken was hiding something and thankfully the blackjack dealer woke up at the hospital. She knows Ken. Something that he died when asked. The dealer said that Ken was a regular at the casino and that he showed off so many photos of his son that she recognized Binh. Ken was a constant gambler. He gambled away all of the family’s savings and he told his wife that her back surgery needed to be postponed because the hospital was overrun with Covid cases when the truth is he cancelled her surgery because he gambled away the money for it.

Thuy was brought in. She was told the truth and her first concern was still her son. She wants to help him, but she can’t sign off on what he’s doing and it seems he’s doing everything for her. Binh’s mother has a PHD in chemical engineering. She tried to get a job in her field and she even went through several interviews when she came to the United States. She just didn’t get it. This was when a fellow mother told her to get real and got her job as a cleaner. Thuy ruined her back as she worked as a cleaner for over twenty years. Her boss fired her after she asked for time off to get her surgery. Binh later went on to kill that man.

Binh killed the woman who talked his mother into becoming a cleaner. He wanted to kill his stepfather for gambling away their savings and preventing his mother from having a surgery she needs. Binh also wanted to target the lab that should have hired his mom all those years ago. The team found him as he was about to go into the lab. He was carrying a bag full of explosives. The team got to talk him down by having his mother talk to him and she eventually got her son to hand over the explosives. Binh turned himself in. He was arrested without a fight and in spite of all o fit his mother was still telling him that as long as they had each other that everything was going to be alright.

LaCroix’s later returned home to Sara. The two of them were going to watch a movie and it was time for them to start adjusting to be empty nesters. LaCroix’s daughter is going to boarding school. She was going to live nearby to her other grandparents and so LaCroix didn’t have to worry about her, but he couldn’t stop himself from doing so.