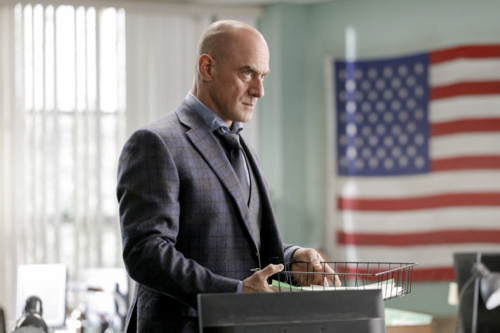 NYPD Detective Elliot Stabler found evidence against a bad cop. He found out an officer shot his dad in the leg back in the day and that he framed it on an innocent kid. He confronted this retired cop. The man’s name is Gus. Gus used to help Stabler shoot a weapon. Now, Stabler is trying to take him down. Stabler found evidence against Gus and so he confronted the man. This later proved to be a mistake because Gus warned Frank Donnelly about Stabler. Donnelly realized Stabler was investigating the Brotherhood. He warned his people. They formed a plan. They were going to kill Stabler and Stabler was none the wiser.

Stabler realized something was up when Donnelly talked to him about saying goodbyes. Stabler warned his Sergeant that Donnelly was acting shifty and so she told him to be on guard. But what they hadn’t expected was that Donnelly would lure Stabler into a trap. Or that he and his friends would be lying in wait for Stabler as they confronted him about being a rat. Stabler tried to make an escape once he saw it was a trap. He literally threw himself through a window to escape the onslaught of bullets. And he was down on the ground when one of the officers shot him several times.

There was no telling if he would make it. He hadn’t told anyone he was going there or that Donnelly asked to meet. Stabler was on the ground as his Sergeant was making arrests. Sergeant Bell arrested Congressman Leon Kilbride. Kilbride was working with a gang known as the Mercy Killers. They were dangerous. Their head guy disappeared off of the gang’s radar and even his own wife didn’t know where he was. She was asking Nova to come to her if she had any answers. The gang was still in the dark about what the police knew and what the police did only Stabler recovered from his attempted murder.

Stabler didn’t trust Donnelly. He went to that meeting wearing a vest. He took bullets to the vest. He was unconscious because he literally threw himself out of a window and so he was out of breath for a minute. Only, he was going to be fine. Stabler and his unit started arresting every member of the Brotherhood. The only person they couldn’t find was Donnelly. Not even Donnelly’s own wife knew where he was. Stabler went to the house as a friend and he found that she packed her bags. She told him that Donnelly talked to her about starting over in Belize. She also told him that Donnelly began acting strangely after he received a call.

She didn’t know from who. Stabler had to leave their house after he got a call from Bell. Bell said they found Preston Webb’s body in the Gowanus Canal. He had been murdered. He was shot in the face. The police managed to arrest his murderer quite fast. They arrested his wife Cassandra for the murder. She was also arrested for the hit taken out against Stabler. It turns out Cassandra paid off the hitwoman who tried to kill him. But Cassandra was denying that she had anything to do with her husband’s death. She was in tears when she went to identify her body and so there’s a chance she could be telling the truth about that.

There were still sympathizers. Donnelly received a lot of help before he killed himself. Not everyone who was sympathetic or who outright helped was arrested. After everything, Stabler was even offered the Combat Medal. He hadn’t wanted to accept it, but Bell convinced him to do so. She told him he couldn’t hide forever. She even took her own advice when she decided to have an uncomfortable conversation with her wife. Only, her wife wasn’t there at home. Bell’s wife left her and took their son. She hadn’t wanted to tell Bell to her face. So, she just left a letter for Bell to find when she came home.

And the charges for Preston’s murder were dropped for Cassandra. She still faces other charges, but she didn’t kill her husband and so it was a bit of a coincidence that Nova retired from the force and left town around the same time that someone tried to frame Cassandra for her husband’s murder.